THE Celtic players will wear the No.10 shorts in honour of Bertie Auld when they face St Johnstone in the Premier Sports League Cup semi-final at Hampden this evening.

The Lisbon Lion sadly passed away on Sunday at the age of 83 after being diagnosed with dementia five months earlier.

Coincidentally, Auld was the matchwinner when the Hoops won the League Cup against the Perth club in 1969 when he rifled in the only goal of a tense encounter in the second minute.

“That was a collector’s item,” beamed Bertie afterwards. “A right-foot shot that brought a goal. There aren’t too many of them around.” 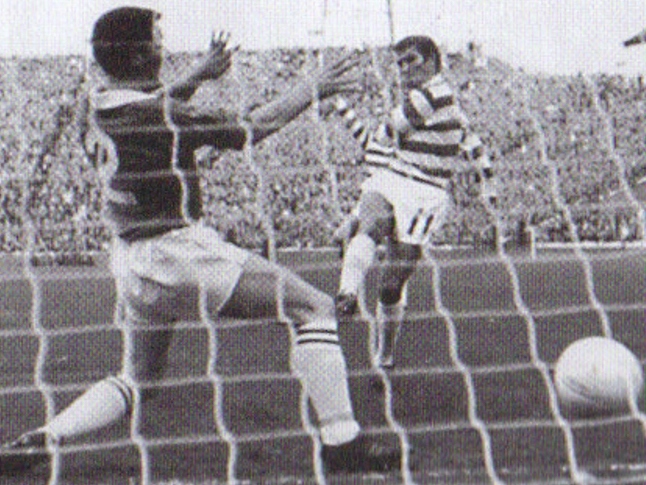 BY THE RIGHT…Bertie Auld slams in the 1969 League Cup winner with St Johnstone defender John Lambie making a valiant attempt to stop his effort on the line. 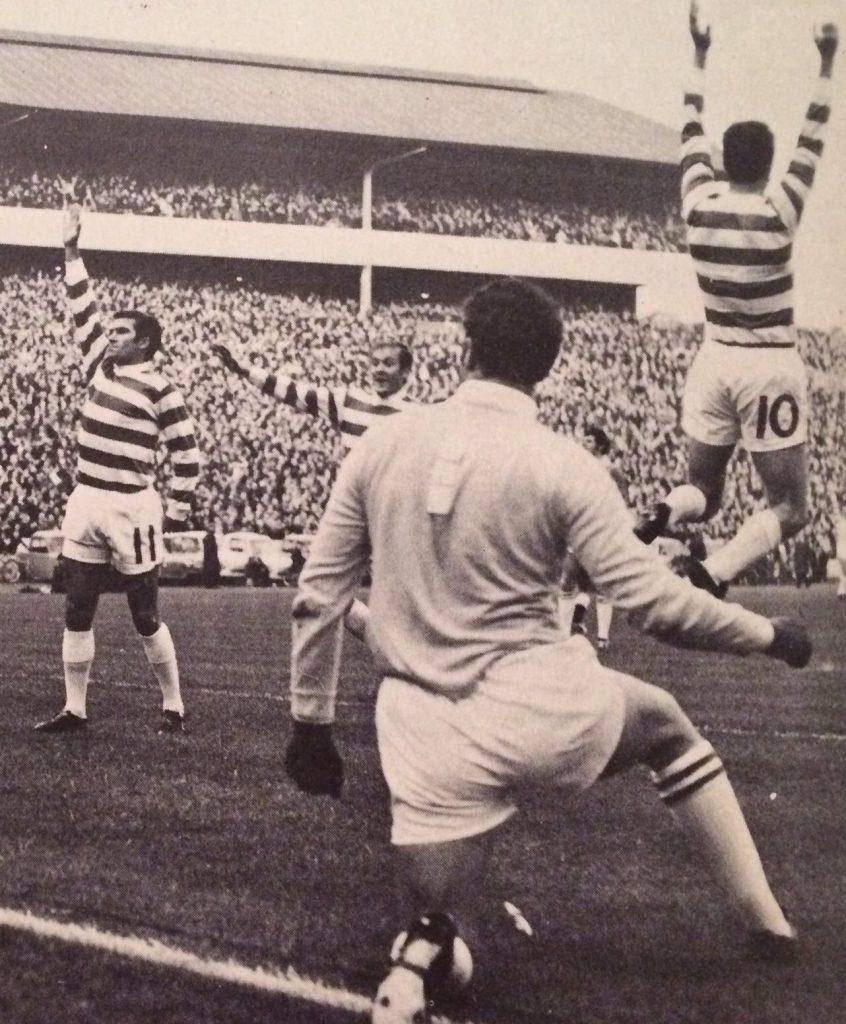 HAMPDEN HERO…Bertie Auld accepts the acclaim of the fans with Harry Hood about to join in while Stevie Chalmers, wearing the No.10 shorts, leaps for joy. 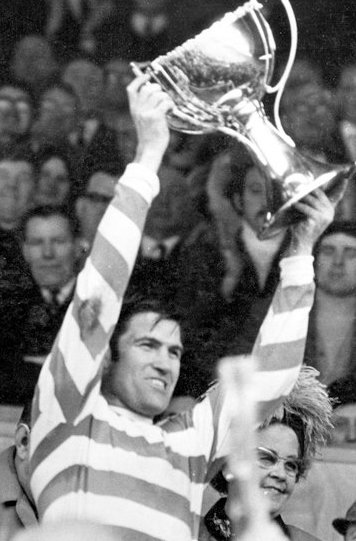 The trubute to the midfield genius will evoke memories to another club great, Jimmy Johnstone, when Gordon Strachan’s players wore shirts emblazoned with the No.7 for the League Cup showdown against Dunfermline at the national stadium on March 19 2006.

Roy Keane, the Republic of Ireland icon who had arrived at the club at the age of 34 after quitting Manchester United, played in the middle of the park that afternoon against future Hoops manager Neil Lennon.

Strachan, in his debut season after taking over from Martin O’Neill, picked up his first piece of silverware against the Fifers on the way to a hat-trick of titles.

MAGNIFICENT SEVENS…the Celtic players line up before the 2006 League Cup Final against Dunfermline. 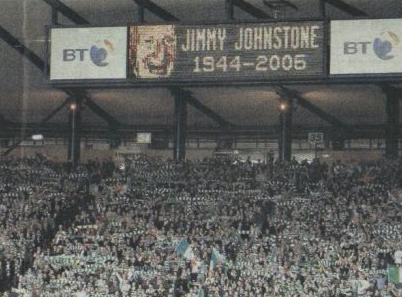 FANS’ FAVOURITE…Celtic supporters celebrate the 3-0 win in the Jinky Final.

Trophies had eluded the former Scotland international during his managerial stints at Coventry City and Southampton. Emotions were running high in the south side of Glasgow that Sunday; club legend Jimmy Johnstone had lost his gallant fight against Motor Neurone Disease at the age of 61 on the Monday before the game.

The Celtic support immediately labelled the CIS Insurance encounter with Dunfermline as ‘The Jinky Cup Final’ and Strachan wasn’t just viewing a triumph, he wanted a victory of which his admitted inspiration and all-too-brief Dundee team-mate would have been proud. He didn’t let him down.

Celtic won 3-0 with goals from Maciej Zurawski, just before the interval, Shaun Maloney, a mesmerising set-play in the seventy-sixth minute, and a first for Dion Dublin, a second-half substitute for Keane, in the fading moments. 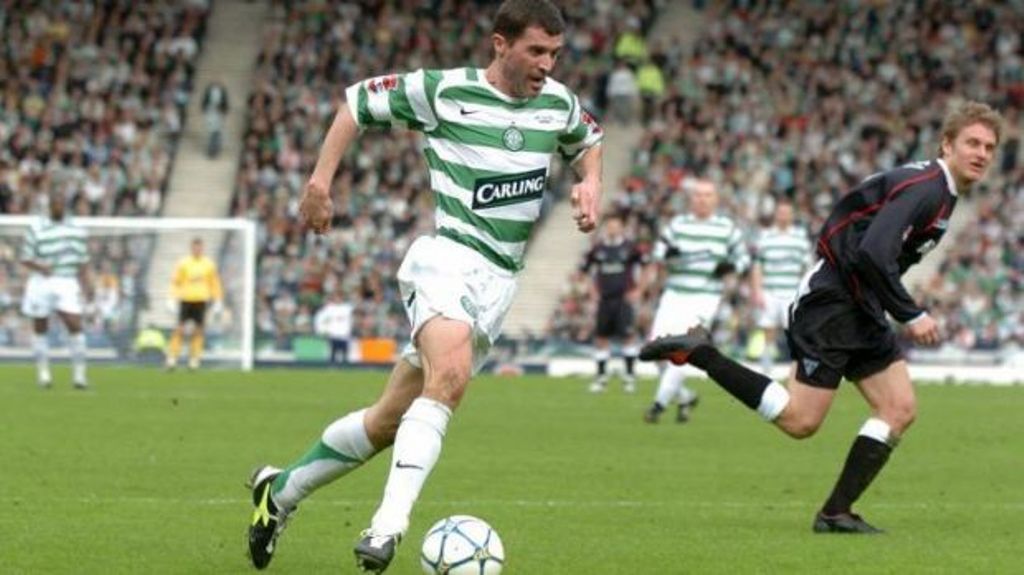 ON THE BALL…Roy Keane in action as he leads the team to victory – and his first medal for boyhood heroes Celtic. 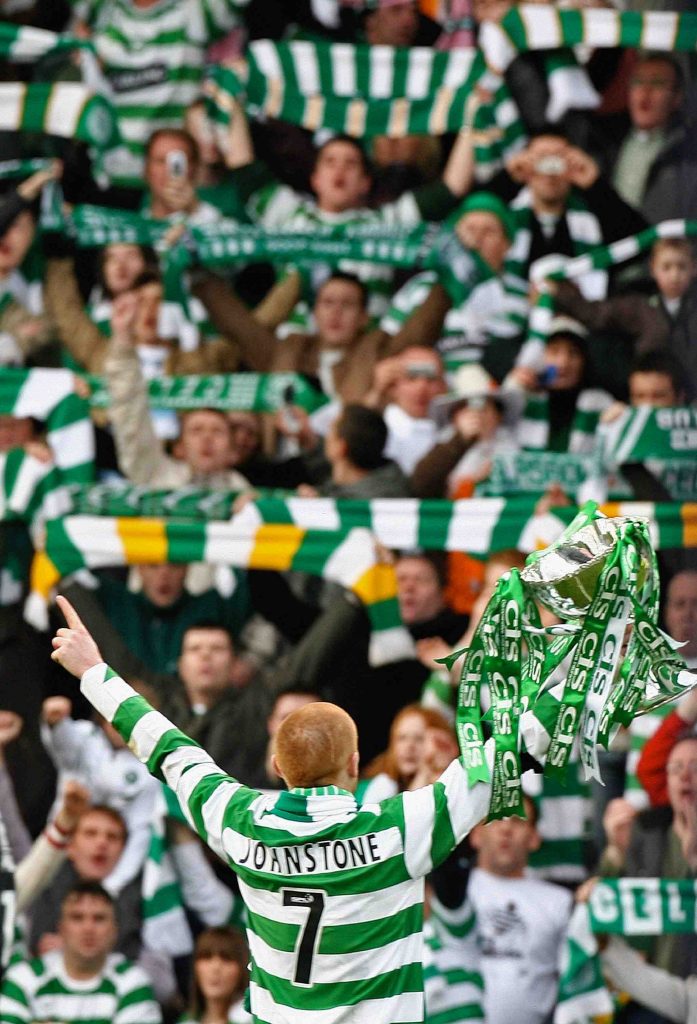 In author Alex Gordon’s Celtic tribute book, ‘50 Flags Plus One’, Strachan said: “Some of our football was excellent, which the Wee Man would have approved. We took kicks and heavy tackles which was understandable, but we got up and we played and that’s what Jinky did.

“We are talking about a genius who made you smile on the pitch and chuckle off it. We had to get over his death and still will, but then you have to recover and you smile when you think of the way he played the game and then everyone tells you their Jimmy Johnstone stories.

“There was a lot of laughter around Celtic Park and that will always be his legacy. So, the grief wasn’t as claustrophobic as it could have been.” 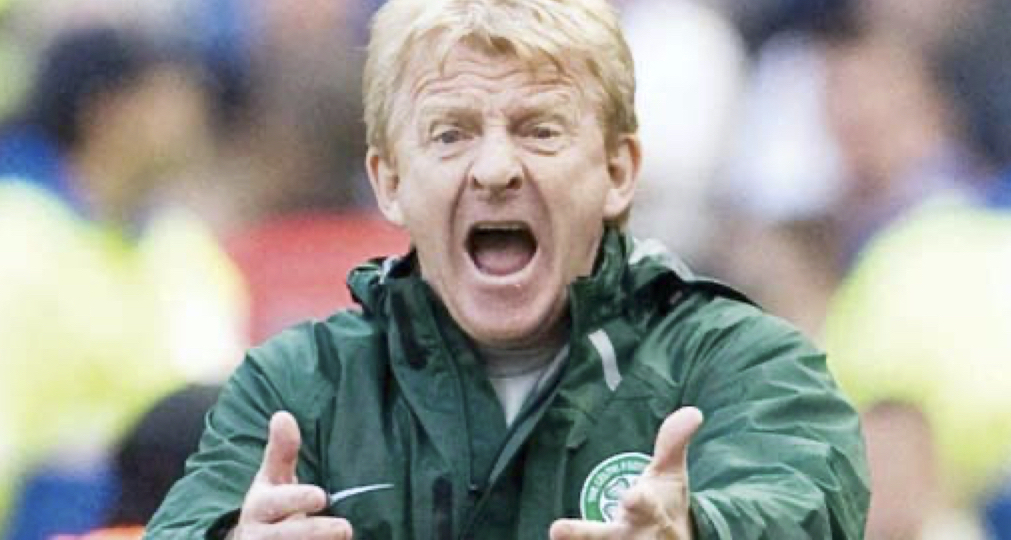 BAWL BHOY…Gordon Strachan has plenty to say as Celtic claim his first piece of silverware.

The following Wednesday, a crowd of 57,451 joined in a minute’s applause for the man voted by the supporters as Celtic Greatest-Ever Player before the midweek tussle with Inverness Caley Thistle at Jimmy Johnstone’s spiritual home of Parkhead. Strikes from Stephen McManus, his eighth of the campaign, and Maloney handed Strachan’s side a 2-1 victory and eased them to within two wins of the Premier League Championship.