Celtic are now six points clear with six games to play and it was the on-loan Spurs man who got the goal that mattered against Giovanni van Bronckhorst’s side who had taken a third-minute lead through Aaron Ramsey.

Tom Rogic levelled four minutes later after Allan McGregor had pushed out a low drive by Reo Hatate and, with half-time nearing, the US international had the final say.

The home defence failed to deal with a left-wing free-kick from Filipe Jota and the ball dropped to the centre-back’s feet for him to swivel and fire a shot wide of the helpless keeper.

The winner plus a solid and impressive all-round display earned Carter-Vickers the Man of the Match award – and the centre-back shared the joy with his team-mates in the dressing room afterwards.

Taylor, who also put in a sterling performance before he was forced to go off in the 71st minute to be replaced by Anthony Ralston, admitted: “It was brilliant for Carter-Vickers – we even managed to get a smile out of him at the end, which is really rare!”

Wins obviously bring grins and the Scotland international left-back, speaking to Celtic TV, said: “We’re really happy. It was a fighting performance. We were a wee bit under the cosh for the last half hour or so, but the boys dug deep and we managed to get a big three points. 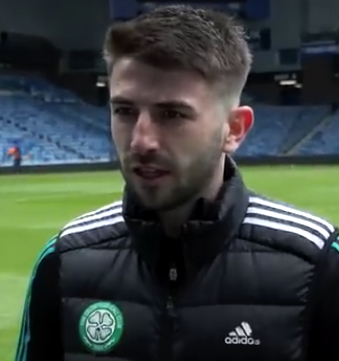 “They started well, so we just had to try and get a bit of composure within the game.

“We’ve got experienced boys out there and it was a big moment from Tom to get the equaliser and then we managed to control a good bit of the game after that.

“The gaffer’s instilled a really strong mentality within the group.

“We’ve worked tirelessly, we’ve not looked for excuses throughout, and we didn’t again on Sunday.

“We went 1-0 down, but we just dug deep and we managed to dig out what we needed and that was a big three points.

“Of course, it was a big one, but it means nothing if we don’t go and continue that form into next week, so that’ll be our aim – to go and get three points against St Johnstone on Saturday.”

Carter-Vickers and Carl Starfelt were immense in the heart of the Hoops back lot as Ange Postecoglou’s men saw out the game and Taylor added: “It wasn’t just the defenders, you’ve got the midfielders dropping down. 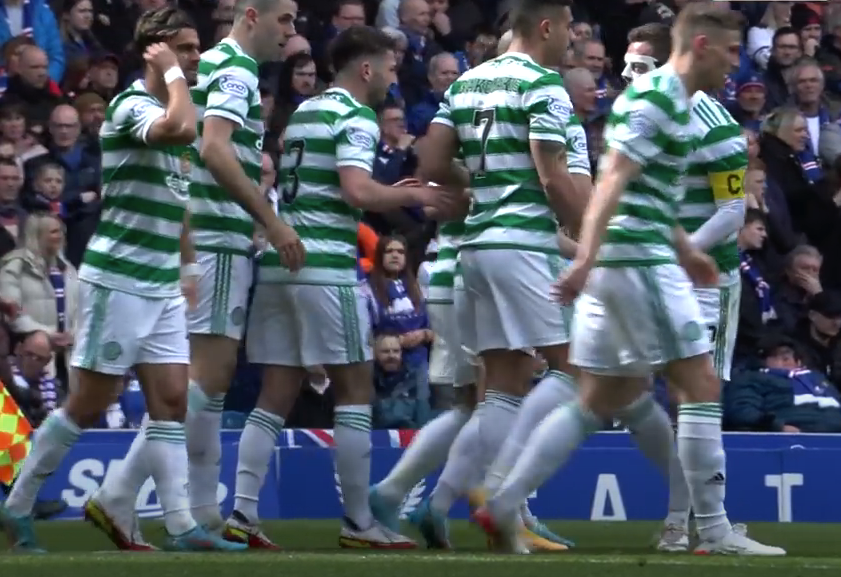 “Daizen, Giako working tirelessly, Liel came on, so it was genuinely a full team performance and I think everyone can be happy with their efforts.

“We made five substitutions – the gaffer’s big on, even the training, they push the levels to make sure the boys can do it at the weekend. So, it’s a whole collective and we’re really happy.”

The Premiership continues with the confrontation with the Perth Saints in the east end of Glasgow at the weekend – and there is the opportunity for Kyogo Furuhashi to make his first top side appearance in 2022.

That news is guaranteed to put smiles on the faces of everyone of a Celtic persuasion – including Carter-Vickers!