ANTHONY RALSTON is poised to get the green light for a quickfire recall to the Scotland World Cup squad.

The 23-year-old Celtic defender was snubbed by boss Steve Clarke for the recent internationals against Poland, a 1-1 draw at Hampden, and Austria, a 2-2 stalemate in Vienna.

Ralston made his debut in the 2-0 win over Denmark in Glasgow in November when he came on as a late second-half substitute and was disappointed to be overlooked for the friendlies, but vowed to fight back into his country’s plans, as CQN reported last month. 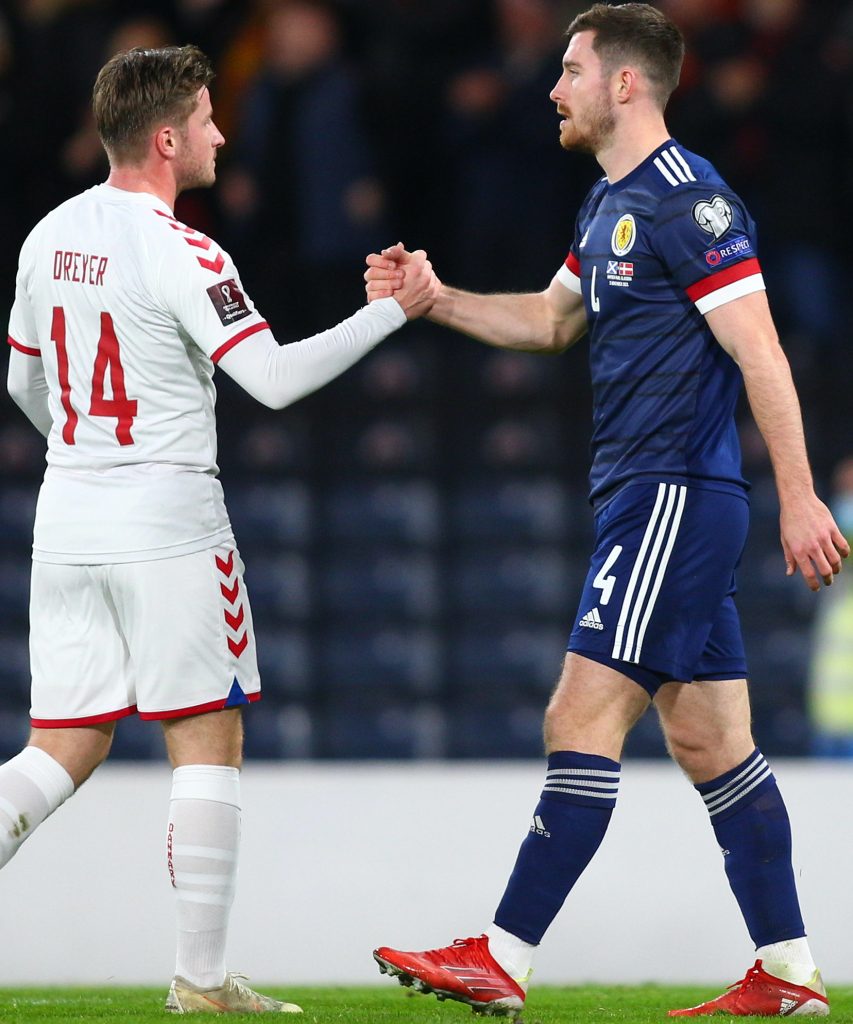 Now the Hoops star, who has been rejuvenated since the summer arrival of Ange Postecoglou, is standing by to get the nod from Scots gaffer Clarke for the crucial play-off semi-final against Ukraine which is scheduled for June 7 at the national stadium.

Victory in that encounter will see Scotland take on Wales in Cardiff in the Final.

Everton full-back Nathan Patterson, who started the matches against the Poles and Austrians, will be ruled out after his Merseyside manager Frank Lampard confirmed the player will be sidelined for around eight to 10 weeks after sustaining an ankle injury in training just before he was due to make his Premier League debut at West Ham on Sunday.

The Goodison Park boss admitted the setback could sideline the defender for the rest of the season as he told the local media: “Nathan will be out for a certain period of time. He went to see a specialist for his ankle and we’re looking at having a small operation later this week. So, he’ll be out.

“He is frustrated and the timing probably means he has the summer to probably get over it and be fighting fit for the start of next season.”

Motherwell’s Stephen O’Donnell is Clarke’s other recognised No.2, so Ralston will almost certainly get the call-up his play this season certainly warrants.

Skipper Callum McGregor will also be involved and so, too, will left-back Greg Taylor with ex-Celt Kieran Tierney struggling with a knee injury that could force him out for the remainder of Arsenal’s campaign.

There are fears the former Hoops fans’ favourite will require surgery which will see him sit out the meeting with Ukraine and the possible Final play-off with Wales in the battle to play in the World Cup in Qatar in November and December.

The Scots, with comeback Bhpy David Turnbull another hopeful, are also due to face Armenia twice and the Republic of Ireland in the Nations League in a busy month of June.