BRENDAN RODGERS has a quick retort to anyone who claims it is easy being Celtic manager: Try it!

The Irishman is searching for his seventh successive domestic trophy when the Hoops take on Aberdeen in the Betfred League Cup Final at Hampden tomorrow afternoon.

Rodgers insists picking up silverware and leading the team to two back-to-back treble is not as easy as it appears to some critics.

He laughed: “Try it! Before I arrived here, Celtic had won five titles in a row, but my feeling was just to try and do it the best way we could.

“I wanted to make sure the stadium was full. Could we develop the club on and off the field? That collective effort has been great and we want to continue along that way. People in the game know it’s not easy.

“It doesn’t matter if you have the biggest budget or not. The consistency to keep winning, the players have shown incredible appetite to do that.

“I look at Callum McGregor who has played 34 games already this season. To keep performing and winning, with all the physicality they have to put in, is impressive on their part.

“It doesn’t matter if it’s Bayern Munich or Manchester City or any other team – they will always have that.

“All you can do is win in the best way you possibly can and build something that allows it to continue.” 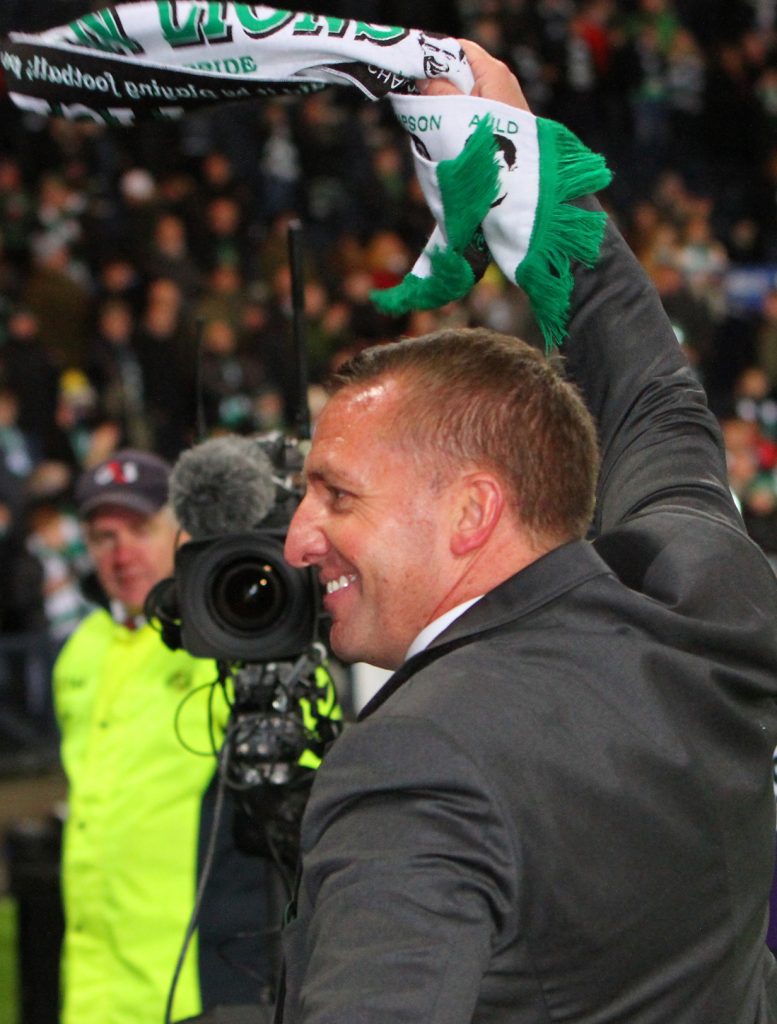 The Betfred League Cup was the first trophy Rodgers won in his managerial career that took in Swansea and Liverpool before he arrived at Parkhead in May 2016.

Rodgers added: “Of course, you have something tangible to show for your work. What we have created in the two and a half years so far has been special.

“For me, it’s another great opportunity to experience that winning feeling again.

“When I first came in to the club, I said that our objective was to win and to do it in the best way we can. We have always tried to do that.

“Personally, it has all gone pretty quickly. Two years ago, we won the League Cup Final against Aberdeen which was the club’s 100th trophy in its history and it was great to show it to the fans back at Celtic Park that evening.

“Now, very quickly, we are going for the 106th. We have worked well over these last couple of years, but you have to keep looking forward.

“Thankfully, the hunger in our training and within our players is still very strong. We want to keep the feeling going.”

Celtic’s preparation for the Hampden showdown has been impeccable, as usual. Rodgers has left nothing to risk following Thursday night’s 1-0 win over Rosenborg in Trondheim.

A victory over the Dons would be the first step towards a truly remarkable treble treble for the club.

The Irishman also has eyes on making progress after the turn of the year and the Hoops have it in their own hands to qualify for the last 32 of the Europa League when RB Salzburg visit on December 13.

A draw would be good enough to make the knock-out stages, but there is every likelihood Rodgers will want to achieve the target in his customary style.