Celtic Quick News on News Now
You are at:Home»Latest News»‘SOME LIKE IT HOT,’ SAYS GORDON
By CQN Magazine on 25th July 2018 Latest News

CRAIG GORDON shut out Rosenborg in two Champions League qualifiers last season – and the Celtic keeper fully intends to pile on the misery again this time around.

The Scotland international No.1 was happy with his blankety-blank performances last season as a wonder strike from James Forrest in Trondheim shot the Hoops towards the £30million group stages.

After the scoreless first confrontation in Glasgow, Gordon admits the Norwegians turned up the heat at their place – and he thrived on it.

As he prepared for tonight’s first leg encounter, he said: “Both teams will know what they are coming up against and, on the last showing, it’s two teams that were evenly matched.

“There was only one goal over the two legs, so it shows how close it was. If we want to get through we’ll have to play well.

“I’ve played in their stadium and it was a great place to play football. The atmosphere is hostile and it’s hot.”

Gordon does not believe the managerial upheaval at Rosenborg will affect them over the two second round ties. 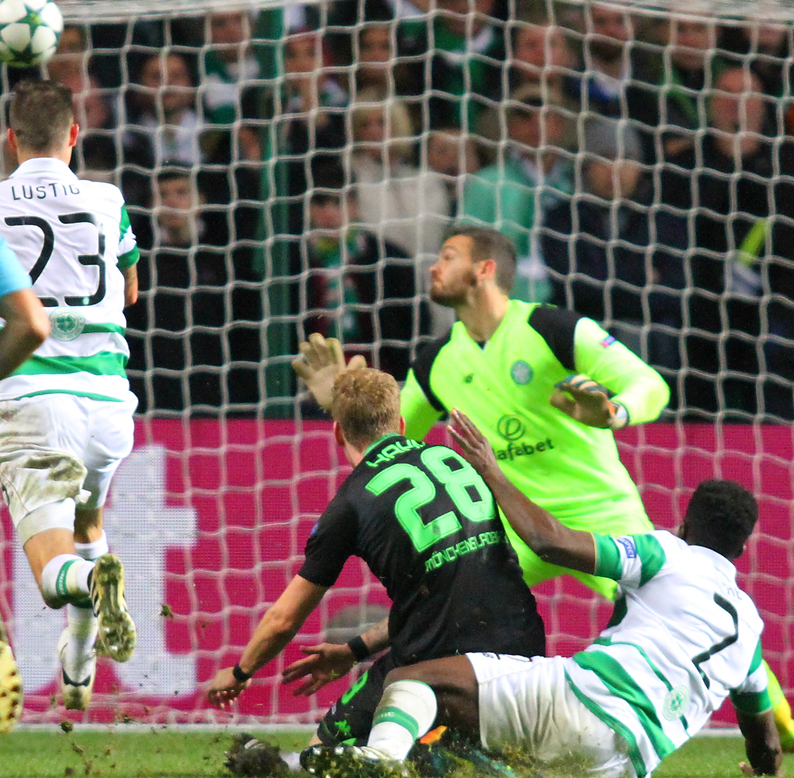 IN THE THICK OF IT…Craig Gordon and defenders Mikael Lustig and Kolo Toure in Euro action against Borussia Monchengladbach two years ago.

But the champions’ shotstopper insisted: “We won’t concern ourselves too much with that.

“I’m sure their players will want to show the new manager that they deserve to be there and that they’re there for the future to play in his team.

“They’ll be out to try and win the game, I don’t think they need any extra motivation to progress in the Champions League.

“I don’t think it changes a great deal.”

The 35-year-old goalie added: “Managers come and go quite frequently and players have to get on with the job, no matter who is in charge.

“I don’t think it will have a bearing on their players too much.”