The Greek striker, bought for £2.5million from Dutch outfit VVV-Venlo in the summer, had made only three substitute appearances for the team with the manager holding the frontman back until he was satisfied he was up to the rigours of a starting place.

Giakoumakis responded by scoring his first goal for his new club when he expertly first-timed an Anthony Ralston ball across from the right for the opening goal in the 2-0 win over the Perth outfit. 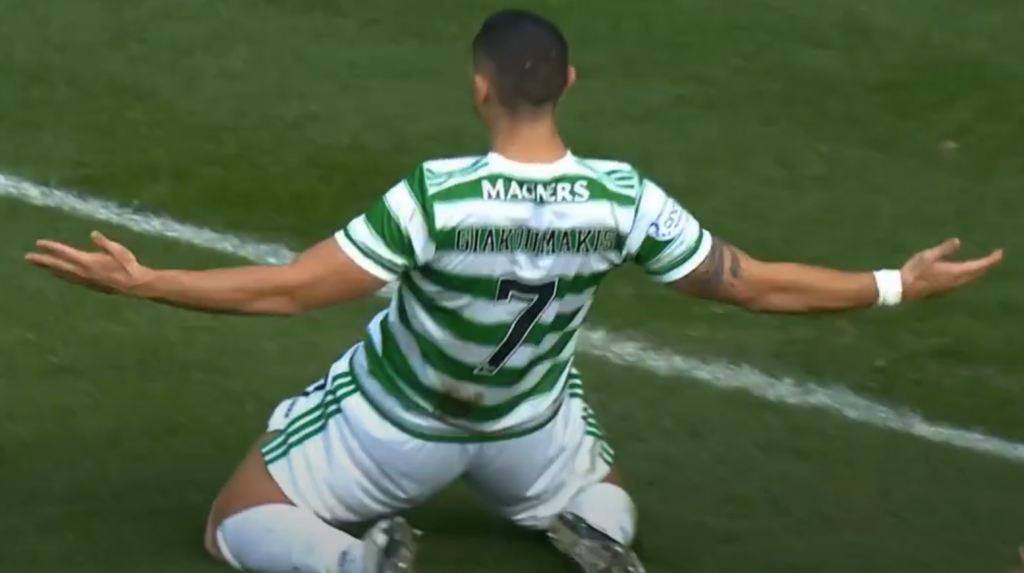 GIAKOUMAKIS IN PARADISE…the Greek striker displays his joy to the Hoops fans. 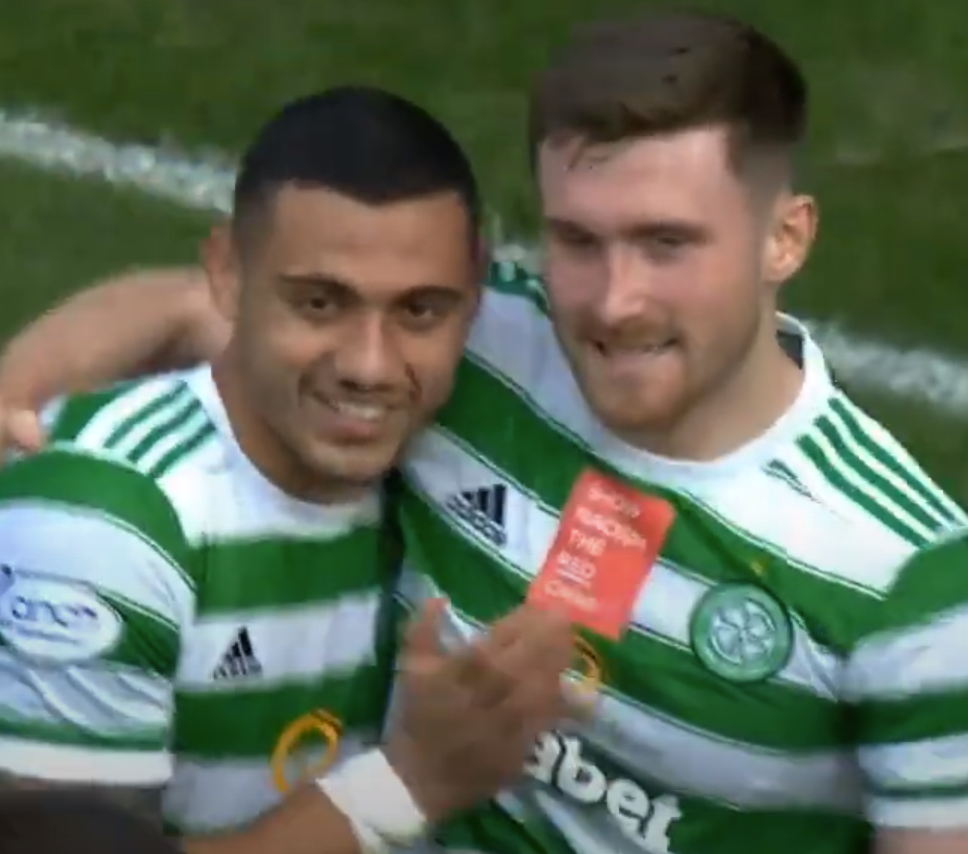 THAT’S MY BHOY…Giorgos Giakoumakis thanks Anthony Ralston for the assist.

The prolific hitman, who netted 26 goals in the Eredivisie last season, was delighted to claim the breakthrough strike and admitted: “It was something that I was looking forward to feeling, to score under the lights of this stadium in front of these people and for the fans.

“It was something amazing, exactly how I imagined it in my mind, so I am really happy.

“They were a tough team to play against and a team that are focused on defence. They played with three central defenders, so our work was more difficult than usual. But finally we scored and that was it.”

Giakoumakis, who was substituted in the 61st minute with Mikey Johnston takig his place, is now hoping to get the nod to lead the line against Hibs at Easter Road on Wednesday as Postecoglou’s men continue their quest for Premiership points.

The powerhouse attacker, speaking to Celtic TV, added: “It’s another game and we are focused on every game and we have to prepare again. We have been happy since Tuesday and from tomorrow we have to think about the next game