ISMAILA SORO is about to follow Ewan Henderson and Liam Shaw through the Celtic exit in this transfer window.

The Ivorian midfielder, who cost £2million when he was bought by Neil Lennon from Israeli outfit Brei Yehuda in January 2020, has been a bit-part player since his arrival.

Soro has made only six appearances under Ange Postecoglou and has dropped behind skipper Callum McGregor and back-up Bhoys Nir Bitton and James McCarthy in the anchorman role.

The 23-year-old, however, could find first-team football elsewhere is on the wanted list of several MLS clubs with New York Red Bulls leading the chase, according to a report in the Scottish Sun. 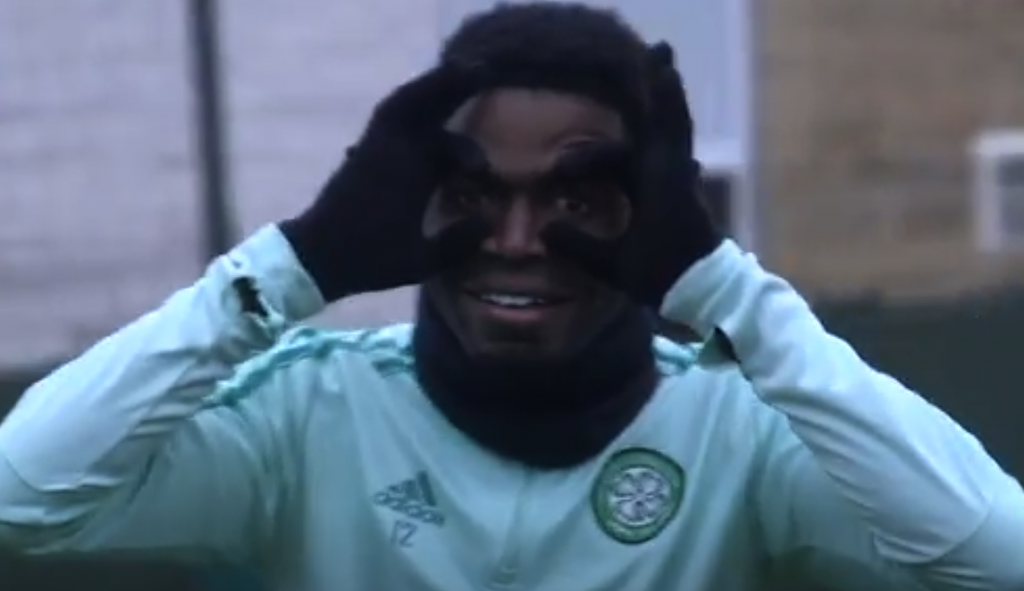 NOW YOU SEE ME, NOW YOU DON’T…Ismaila Soro larking about at Lennoxtown last month.

The Big Apple outfit have already done business with the Parkhead club in the recent past and paid £3.5million for Polish frontman Patryk Klimala 12 months ago and young American striker Cameron Harper joined in March last year.

Now they have set their sights on Soro who could be the third midfielder to leave Postecoglou’s revamped squad with Henderson agreeing an initial loan switch to Hibs. The deal will become permanent at the end of the season.

Shaw, signed from Sheffield Wednesday in the summer, has joined Motherwell on a temporary transfer until June.

Others will follow before the window closes at the end of the month.