Neil Lennon has wrapped the charismatic Frenchman in cotton wool after discovering a “niggling” injury following the 4-0 Premiership win over Livingston last month in which the £9million hitman scored the opening goal.

Edouard sat out the victories over Rennes, Ross County and Hamilton Accies, but the Hoops boss plans to unleash the big-game specialist at the national stadium.

The Parkhead gaffer revealed the side’s talisman is winning his fight for fitness and there could also be a return for on-loan Southampton forward Mohamed Elyounoussi who gunned down Hibs with a double salvo in the 5-2 semi-final triumph.

Edouard has struck five times in seven appearances against the Govan team and Lennon made the point his period of inaction is unlikely to be a major setback.

The Irishman, speaking to the Daily Record, said: “Everyone is looking good. They all trained today.

“Most players are never 100 per cent fit. Some of them carry knocks, niggles, that kind of stuff.

“This one has only been 13 days today. It is not as if Odsonne is going to lose a lot in terms of his fitness. 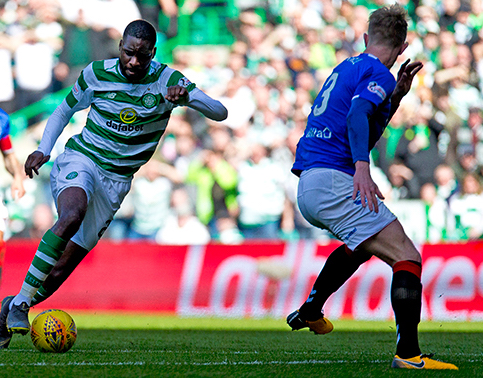 CHARGE…Odsonne Edouard races at the backtracking Ibrox rearguard at Parkhead in March. 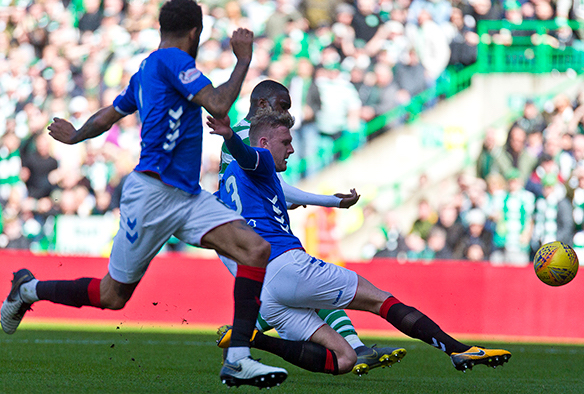 CRASH…Edouard hammers the ball into the net for the opening goal in the 2-1 triumph. 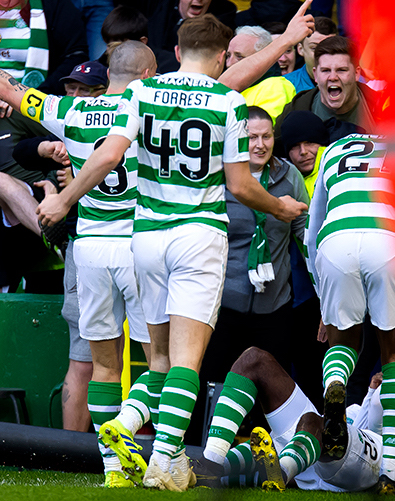 CELEBRATIONS…Edouard is on the ground as he is mobbed by his team-mates.

“He has been out on the grass for the majority of the week doing movements and cardiovascular stuff.

“But he trained, did the full session and looks like he’s come through it no problem.

“I’m always encouraged to see a player of that calibre on the training ground and there’s no question we’re a better team when he’s fit and available.

“Of course, it’s his call. That’s the same with every player coming back from injury and I think there’s a very good chance he will start.

“We’ve done pretty well in his absence, but there’s no question we’re a better team when he’s available.”

Lennon pointed out: “People say he’s a big-match player, but I think that’s a bit unfair because he’s been quite consistent this season.

“He can turn it on in the big games, but over the course of the season he’s been playing brilliantly. 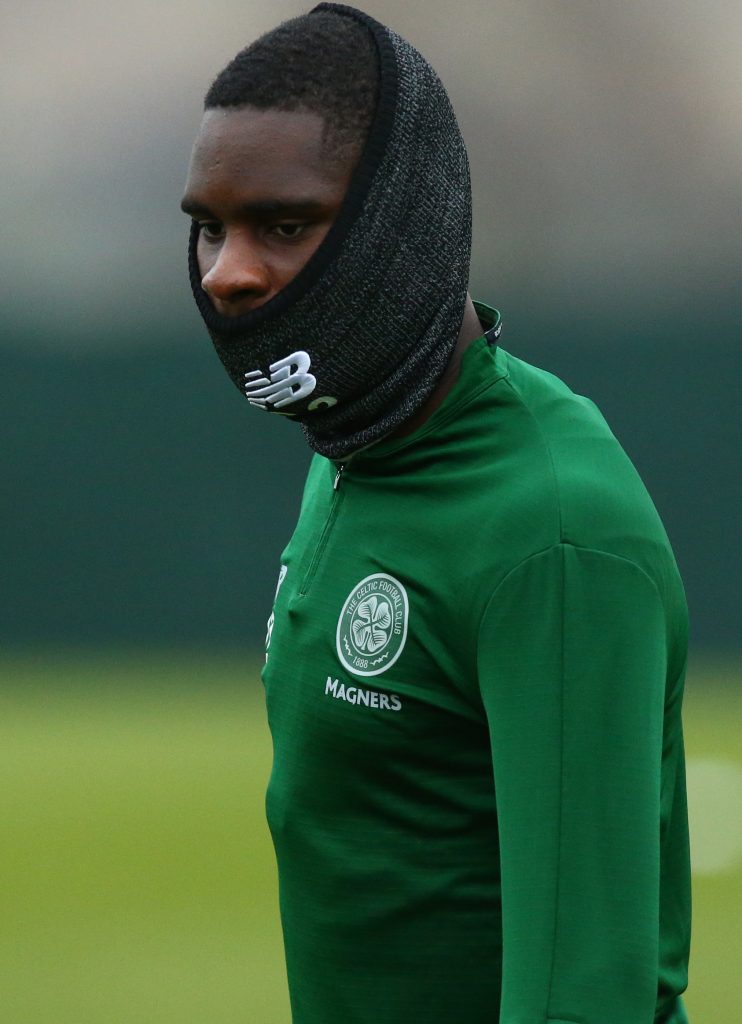 “I did think losing him, with Leigh Griffiths not being 100 per cent and Vakoun Bayo out, we would really miss his presence.

“But, thankfully, Lewis Morgan has come in and done really well and the rest of the team are playing great.

“I think Odsonne’s just maturing. We forget how young he is, he is only 21 and he has done some great things in his career already.

“He is a special talent. There are things he can do with the way he moves. He is so alive, he is deceptively quick. What has pleased me is the volume of goals he has got this season.

Lennon insisted Elyounoussi could be pitched straight back in three weeks out managing a foot injury sustained while on international duty with Norway.

He added: “He’s a naturally very fit lad. His injury was more of a stress injury. There was no fracture there. We had to rest it because the more he played, the more it deteriorated and it could have turned into a fracture.

“And that was the one thing we wanted to avoid. He has trained the last three or four days and he has been working with the physios and fitness boys all week.

“I mean, if he is fit and available, he has got a good chance to play.”