LEAGUE Cup specialist James Forrest is focusing on tomorrow night’s quarter-final tie against St Johnstone at McDiarmid Park to get Celtic back on track.

The Scotland international winger, who has scored crucial goals in Finals against Dundee United (2-0), Aberdeen (3-0) and Motherwell (2-0) in recent seasons, is ready to stand up and be counted after the champions’ stuttering start to the campaign.

Brendan Rodgers has never lost a game in the competition and it was the first piece of silverware he won as Hoops manager following his arrival in May 2016.

The double treble-winners go into the Perth confrontation on the back of a goalless draw against St Mirren in Paisley and a 2-1 defeat from Kilmarnock at Rugby Park on Sunday.

But Forrest said: “If you ask any player, it’s better to play three games in a week than it is just to be training all the time. It’s a sign of being successful that you’re playing so many games.

“I think it’s good for us that we’re in three different competitions in consecutive games. We have a big squad and everyone will be trying to prove their worth, so we’ll be raring to go. It’s been great to contribute by scoring in the last two League Cup Finals.

“Obviously, we want to keep that going by getting into the semi-finals.” 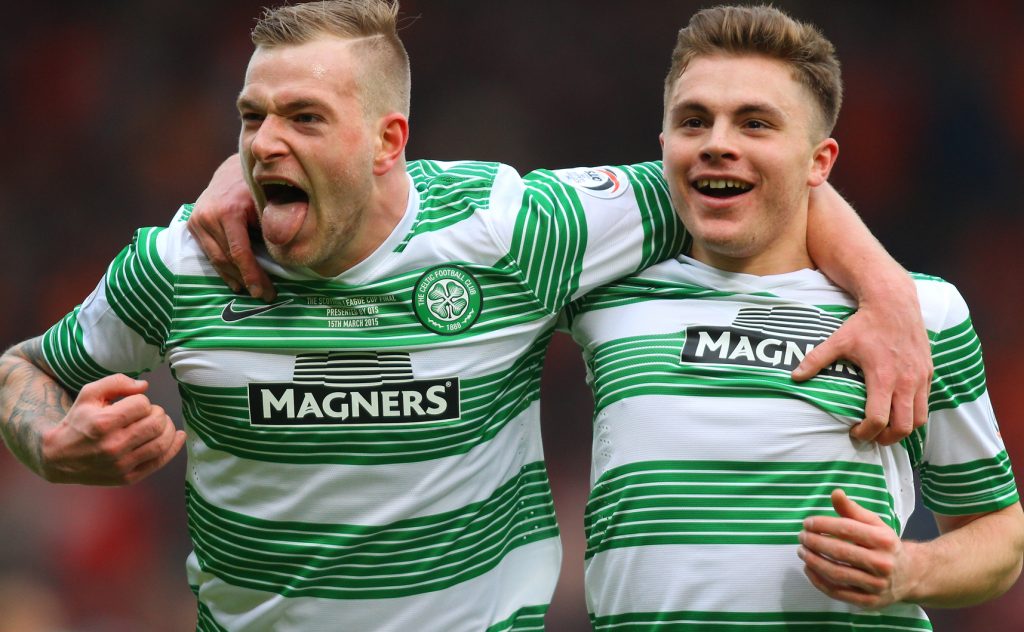 2016…James Forrest runs away after scoring the second goal in the 3-0 triumph over Aberdeen. 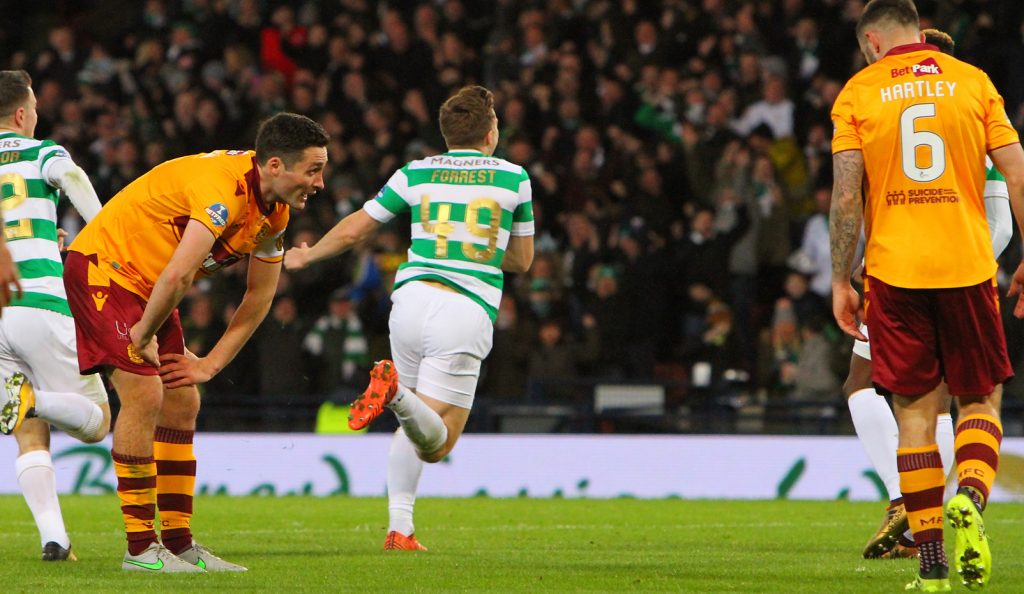 2017…it’s a hat-trick of celebrations for James Forrest as he opens the scoring against Motherwell. Pics: Geo.

Forrest added: “St Johnstone have made a few good signings and Tony Watt has been scoring some goals for them. We play them twice in 10 days in the league and Cup, so we need to make sure we do well against them in both games.

“Tony played against us for Hearts and didn’t score, so he’ll want to do that this time and do well for himself. Hopefully, though, we can keep him quiet.”

Forrest, who has claimed a hat-trick of League Cup medals among his 11 honours at the club, is out of contract at the end of the season and is eager to agree an extension just like club and country team-mate Leigh Giffiths who has signed a deal that will keep him in Glasgow until 2020.

And the tricky raider insists the 28-year-old prolific marksman, who has scored both Celtic goals in their last two games against Rosenborg and Killie, is desperate to add to the 102 strikes he has amassed with the Parkhead outfit.

The touchline ace added: “He only needs one opportunity and he always looks a threat. Fair play to Leigh – it shows his hunger and proves that he still wants to do it.”