AMAZINGLY, Celtic and Barcelona have tied in the ballot for the best squad in the last century – after 24 hours and over 100,000 votes!

The Hoops were represented by Jock Stein’s Lisbon Lions that conquered all be fore them in season 1966/67 when they completed an unforgettable campaign with the European Cup, as CQN reported yesterday.

They were held by Pep Guardiola’s treble-winning Barcelonaoutfit of 2008/09.

The poll was held on a BT Sport Football twitter feed and, remarkably, it ended in a dead heat after a period of intense voting on social media.

The BT Sports account has now reopened the ballot and declared it’s gone to a replay as they seek a winner in this almighty tussle of the giants.

Now the Parkhead followers are ready to go again as they try to overwhelm the Catalans. 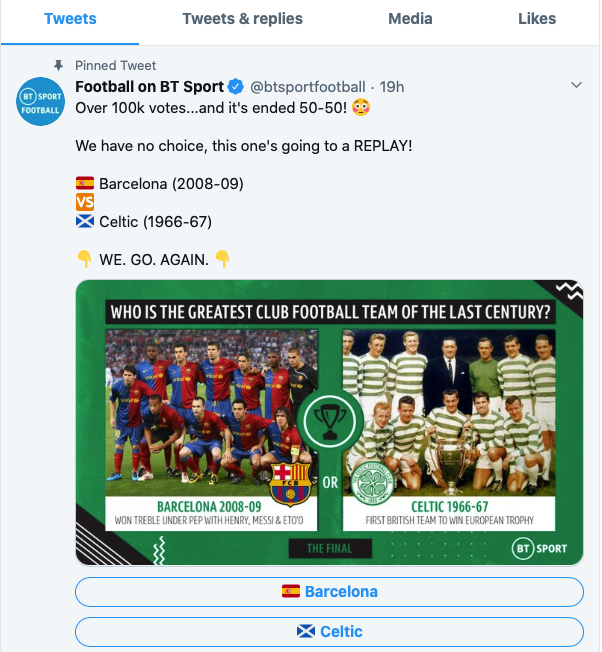