SCOTT SINCLAIR has been snubbed by Celtic and doesn’t feature in Neil Lennon’s provisional squad for tonight’s Europa League Group E game against Rennes at Parkhead.

The player pool, as revealed in the Daily Record, shows there is no place for the 30-year-old forward who has been used sparingly this season.

Sinclair, a £4.5million buy from Aston Villa in August 2016 by former manager Brendan Rodgers, scored 61 goals in his first three campaigns at the Hoops, but has been a non-starter this time around.

He has been curtailed to five substitute appearances and has claimed two goals – one in the 3-1 Champions League qualifying victory over FK Sarajevo in Bosnia in July and another in the 5-0 win over Partick Thistle in the Betfred League Cup quarter-final success at Parkhead in September. 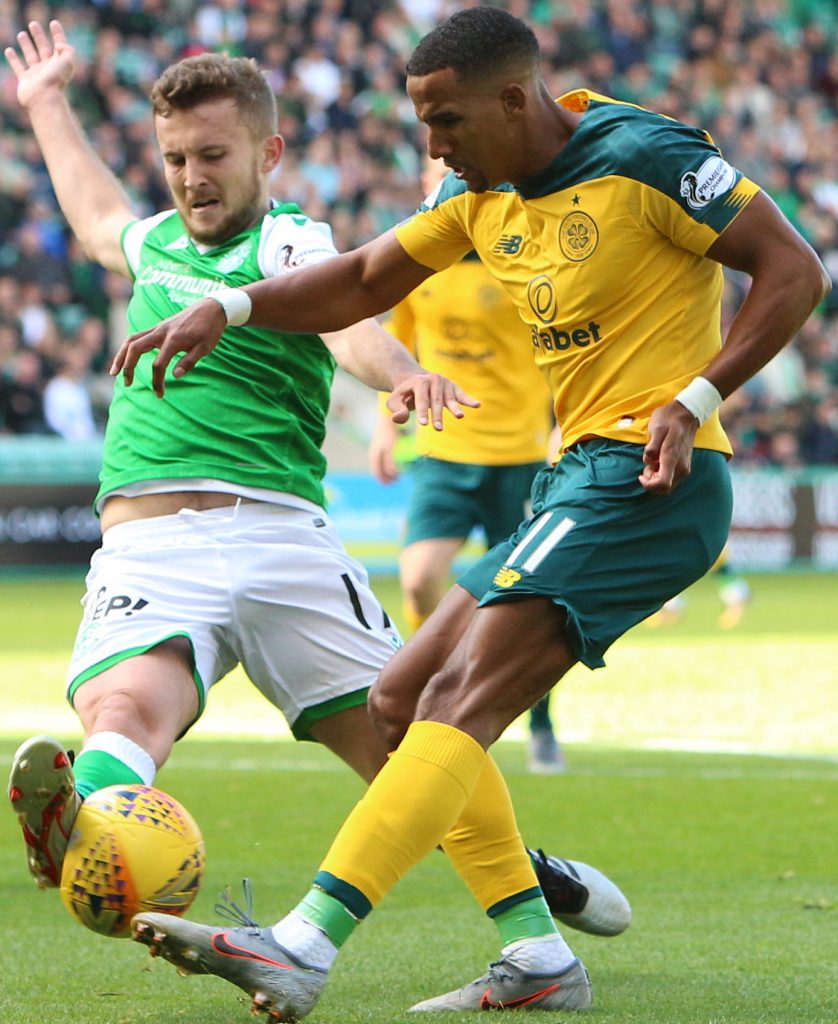 RARE SIGHTING…Scott Sinclair has a shot blocked after coming on as a late substitute in the 1-1 draw with Hibs at Easter Road.

Unless he is a late addition to the provisional squad, he will be out in the cold again this evening when Lennon’s men have the opportunity to win the section.

Austrian international Moritz Bauer is likely to return to the right-back slot with Hatem Abd Elhamed injured and Jeremie Frimpong unavailable. Greg Taylor, the £2.25million arrival from Kilmrnock on transfer deadline day, is standing by to take over on the opposite flank with Boli Bolingoli and Jonny Hayes both injured.

Leigh Griffiths, who made a second-half appearance in the 4-0 weekend triumph over Livingston, and Mikey Johnston, out since the 2-0 victory at Ibrox at the start of September, are both named in the pool.