CELTIC had to rely on two last-gasp goals from comeback Bhoy Leigh Griffiths and Patryk Klimala to achieve a hard-fought victory at McDiarmid Park this afternoon.

It was heading for a dismal scoreless stalemate until the late double intrusion for the second-half substitutes.

THE FIRST came from Griffiths in the 90th minute as he rose superbly to Hatem Abd Elhamed’s cross from the right. It was a superbly-timed leap by the Hoops hitman as he got his head to the ball to send an effort zooming low into keeper Zander Clark’s left-hand corner.

THE SECOND arrived deep in stoppage time when Klimala raced onto a pass from Shane Duffy. He was clattered by Liam Gordon, but still got back to his feet before continuing his run and rifling an unstoppable drive into the net.

It was more in relief than elation that Neil Lennon punched the air in delight at the final whistle. It was a massive victory on an afternoon where his team failed to spark.

Credit the Saints who put in a real shift, snapped into challenges and worked their socks off. Celtic, though, simply refused to down tools during a display that will be looked at again by the manager.

He now has the international break to analyse what was basically a poor and unispired showing until the grand finale when Griffiths and Klimala did the business to fire the champions to the Premiership pinnacle.

Saints No.1 Clark had to get his kees dirty only once during a tepid first-half and that came two minutes from the interval when he flopped to his left to hold a half-hit effort from Odsonne Edouard, getting one of his rare touches of the ball in this encounter.

It was an opening half that must have frustrated Lennon as his team lacked pace and penetration and, above all, imagination.

Too often the ball was played square without any threat and the Hoops players who had most touches in the far-from-inspiring first-half were central defenders Duffy and Kristoffer Ajer as the ball was shuttled back to them far too often than was comfortable for their manager.

It wasn’t easy on the eye, that’s for sure. 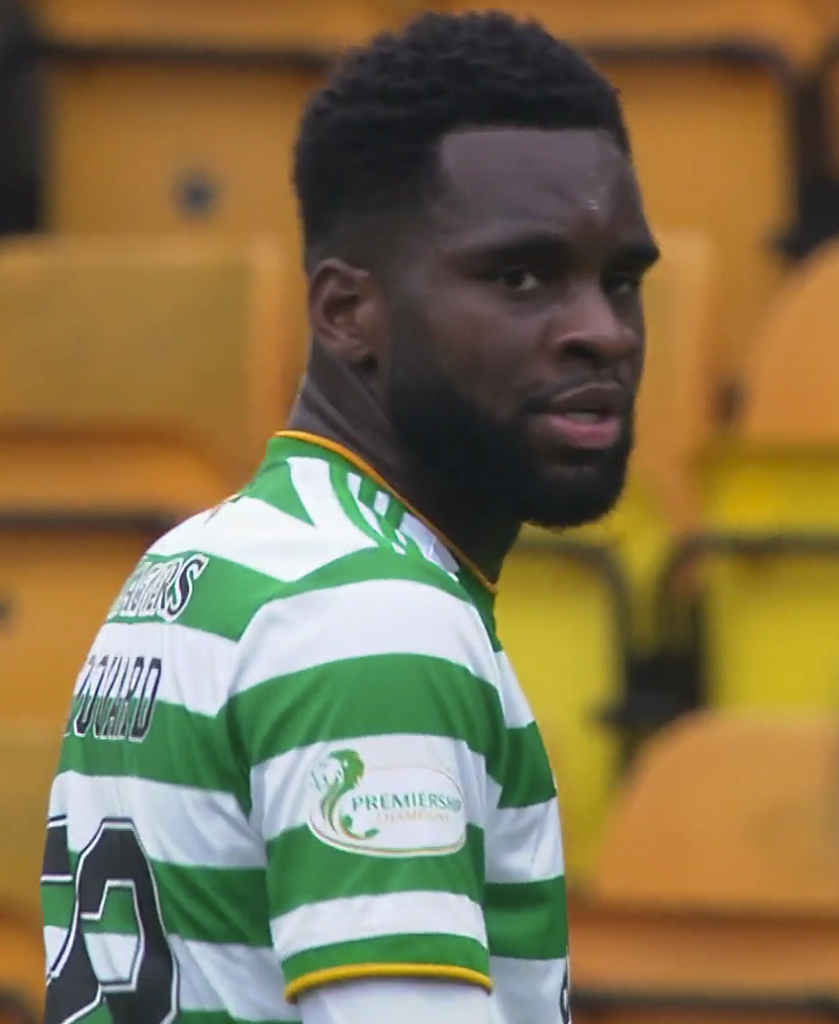 Olivier Ntcham struggled to make any sort of impact and David Turnbull didn’t get too many opportunities to show his class. Both were replaced after the interval.

Hatem Abd Elhamed was wayward with most of his passing from the right and sloppily gifted possession to the grateful Saints.

Jeremie Frimpong, with Scott Tanser practically wearing the same shirt, tried hard to get into his stride on the right, but he, too, wasn’t finding the going easy. He needed support from Elhamed, but it seldom materialised. However, the Israeli made up for it with his race down the flank to provide the breakthrough goal from Griffiths.

Clark was rarely troubled, but he should have been brought into action on the half-hour mark when Greg Taylor picked out Callum McGregor on the edge of the penalty area. It looked a reasonable opportunity for the midfielder, who was captain in the absence of the benched Scott Brown who had to wait until near the end before he made his intridction with the game tied at 0-0.

However, McGregor attempted to sidefoot the ball into Clark’s left-hand side of the net and sent a timid effort well wide.

That just about summed up the Hoops’ lack of direction and cutting edge in a half that will be easily forgotten. 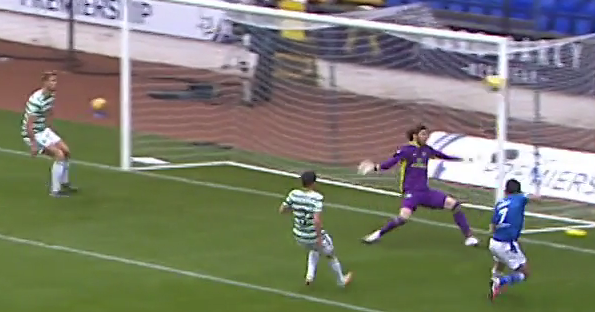 There was a heartstopping moment in the 26th minute when Vasilis Barkas flapped at a right-wing delivery from Craig Conway. The Greek international pawed fresh air, but David Weatherspoon was wayward with his header and the ball was eventually smuggled clear.

The home side gave Celtic a wake-up call shortly after the turnaround when Conway was allowed to sneak in at the far post, but his finishing effort ricocheted off the woodwork with Barkas helpless.

It was no surprise when Edouard got the hook in the 59th minute when Patryk Klimala was sent on to replace the ineffectual Frenchman. Ryan Christie came on at the same time for debutant Turnbull who had missed a marvellous chance right in front of goal only moments earlier when McGregor sent over an inviting left-wing cross. 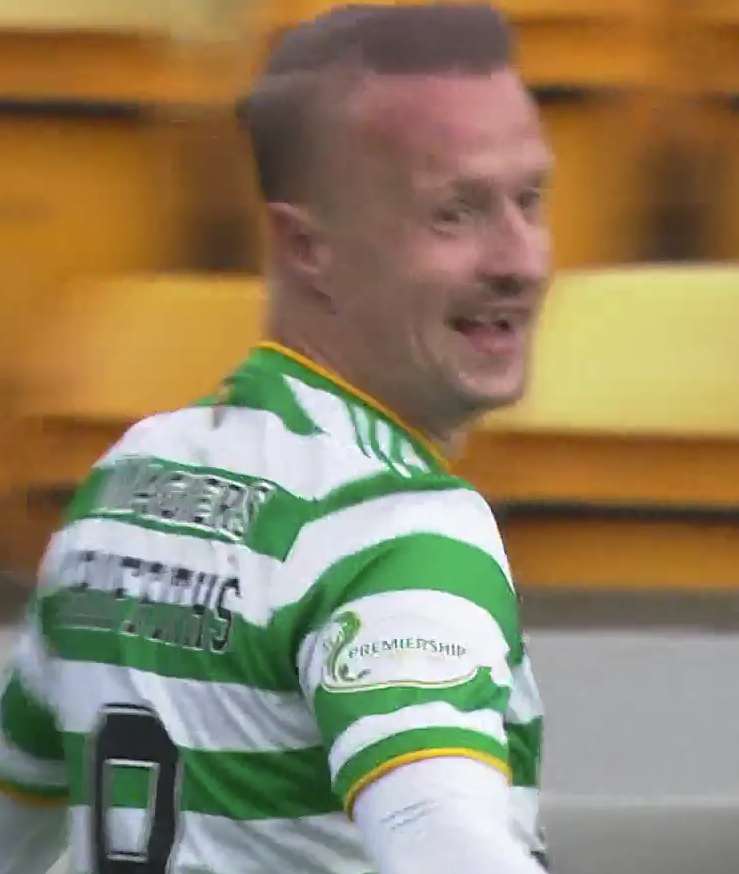 HAPPY DAZE…Leigh Griffiths is all smiles after his first goal in seven months.

Fifteen minutes from time, Lennon took off the toiling double-act of Ntcham and Mohamed Elyounoussi and threw on Leigh Griffiths and Tom Rogic for their first appearances of the season.

Scott Brown entered proceedings in the 82nd minute as he took over from Taylor whose performance will only hasten Lennon’s search for another left-back.

And then came the amazing 90th-minute thundering header by Griffiths and then Klimala’s wonderful finish to make sure the champions took all three points.

But Lennon will know there has to be more to come from his team in what he has termed a “monumental season”.