IT WAS more perspiration than inspiration, but Celtic got the job done in Paisley this evening as they ticked off the games on their procession towards an eighth successive crown.

In truth, the champions made it more difficult for themselves than it should have been.

They could have had the points wrapped up by the interval, but they fumbled the ball on far too many occasions to give the Saints a glimmer of hope until action sub Ryan Christie replaced the ineffective Oliver Ntcham and claimed the strike that eased the tension.

At the same time, the enterprising Highlander staked his claim for first team starts ahead in the silverware run-in.

The Hoops made more chances in the first 20 minutes than they did in the entire goalless draw in September, but, alas, the finishing power did not match the leading-up play.

WATCHFUL EYE…Neil Lennon looks for more from his players.

That fact was emphasised as early as the 10th minute when Kristoffer Ajer had a dreadful miss when presented with an opportunity smack in front of goal. Mikael Lustig and Callum McGregor were involved in some slick play on the right before the midfielder slipped the ball into the tracks of the Norwegian running free into the box.

With just the keeper to beat, Ajer opted for power and blazed high over the crossbar into the crowd.

Four minutes later, though, the champions did claim the breakthrough effort, but it was never going to be a Goal of the Season candidate.

James Forrest, looking lively after his weekend matchwinner, pierced the Paisley rearguard with a neat pass to Lustig who should have buried an effort beyond the exposed Vaclav Hladky. 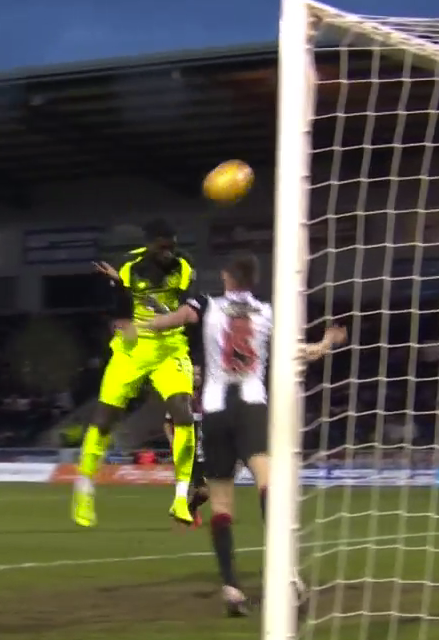 HEADS IN WIN…Timothy Weah rises to nod in the opening goal via the crossbar. 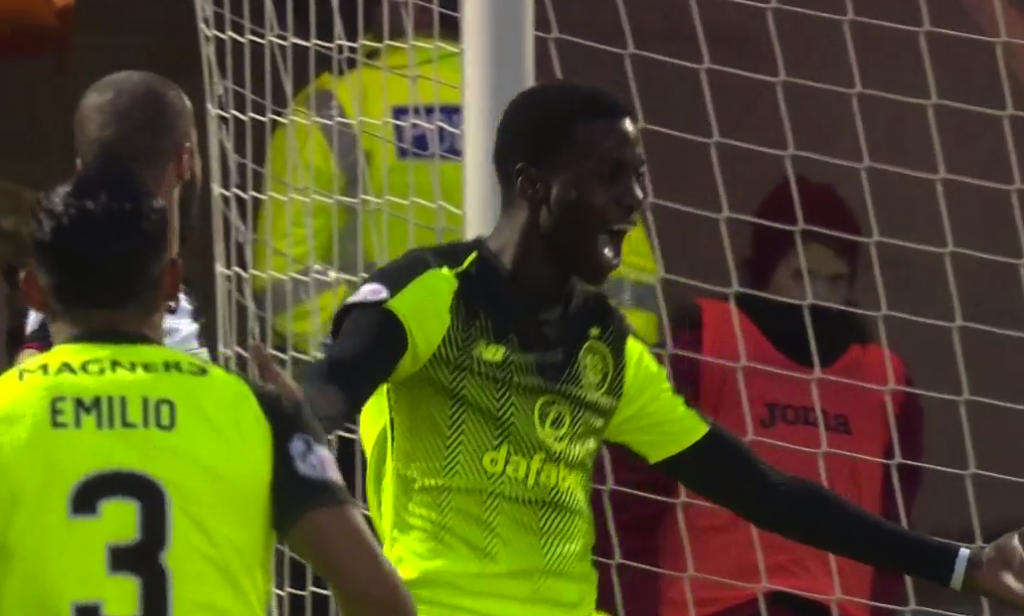 HAPPY DAZE…Weah celebrates with Emilio Izaguirre about to join in.

The Swede, however, tried to hit it low and the keeper blocked the powderpuff shot before the ball spun up into the air. Timothy Weah was first to react to nod an effort against the underside of the crossbar and down.

Referee Don Robertson, with a little help from an eagled-eyed assistant, signalled a goal, but there wasn’t much in it. It bounced down and crossed the line with little to spare and the on-loan Paris Saint-Germain youngster was delighted to claim the credit.

Five minutes later, McGregor presented Oliver Burke with an ideal chance 12 yards out, but the Scotland international screwed the ball horribly wide of the target. 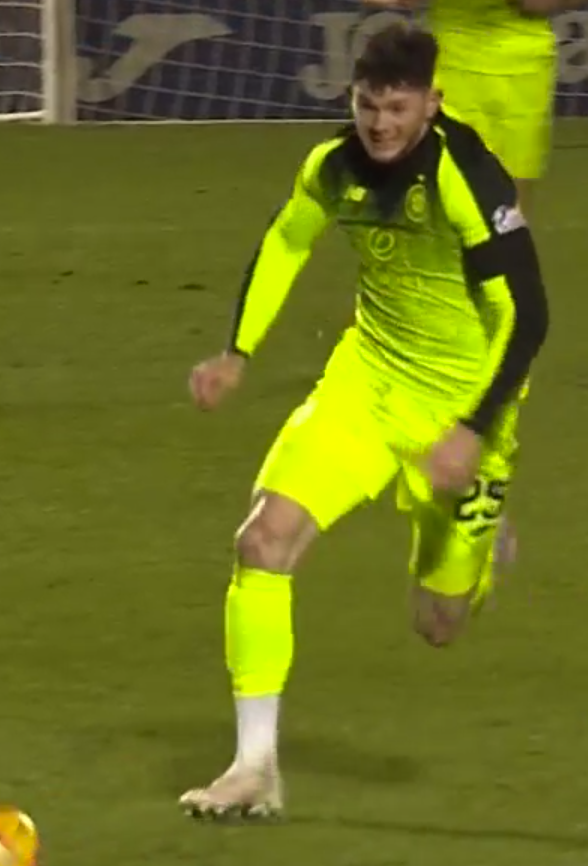 ON THE RUN…Oliver Burke makes a speedy surge forward.

Next up, it was Ntcham to fluff his lines as he made a mess of a penalty-kick in the 29th minute following a handball from James Kellerman after the Paisley shotstopper had pawed away a rasping left-wing effort from Emilio Izaguirre.

It looked accidental, but the ref still pointed to the spot and the Frenchman, who had been struggling to make an impact since the kick-off, accepted the responsibility.

He checked his run as he approached the ball before striking it to the keeper’s right. It lacked the pace and the precision to beat Hladky who dived to punch the ball away. It bounced back to Ntcham who only managed to flick the top of the crossbar with his rushed second attempt.

It merely underlined that Paisley is not the midfielder’s favourite ground – in the previous game he lasted just half-an-hour before being ordered off. And there was no surprise when he was replaced by Christie in the 63rd minute with Neil Lennon looking to inject some more dynamism into his side. 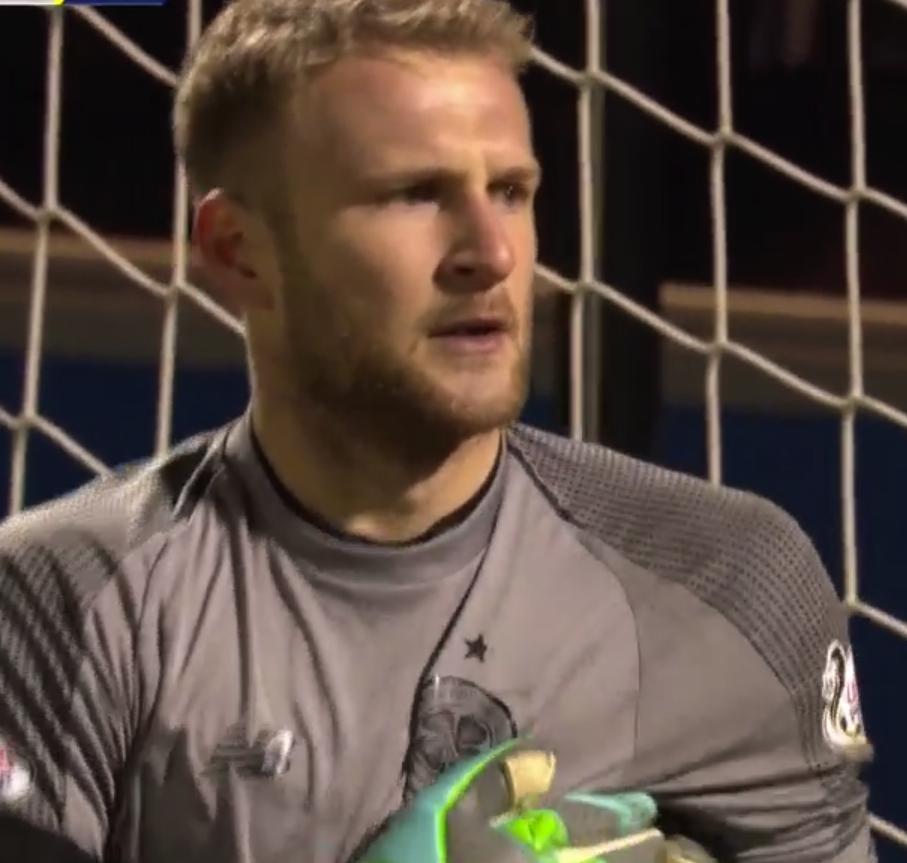 SAFE HANDS…Scott Bain was called upon to make a fine save.

Six minutes after the interval, the home side almost snatched a shock equaliser when Cody Cooke tried his luck with a happy-go-lucky strike from 25 yards.

Scott Bain had to move his feet before launching himself full length to his left to turn the ball away.

That should have acted as a wake-up call to the champions who appeared passive and pedantic and spoiled too many opportunities with indecisive play and slack final passes.

Christie was first on from Ntcham, but Filip Benkovic and Odsonne Edouard swiftly followed for Lustig and Weah as Lennon changed the shape of his team.

The determined Christie looked eager to make his mark and had a shot saved by the keeper before slicing a first-timer just wide. 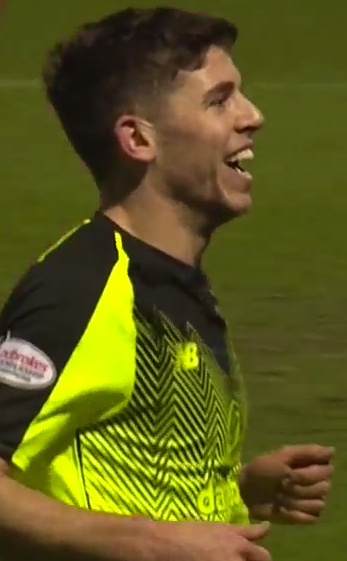 And he got his reward five minutes from time when he hit the decisive goal after some excellent work by Forrest and McGregor.

Christie took a touch to set up a shooting chance inside the box and let fly. It took a slight deflection off a desperate defender before flying wide of the helpless Hladky. The Czech keeper then received a shock when a firecracker went off in his goalmouth thrown from the fans behind his goal. The game only resumed after the ref made certain the shotstopper could carry on.

The strike took the pressure off in an encounter where Celtic should have been coasting after the opening half-hour. Ajer was also called into action to make a goal-line clearance when it looked as though Paul McGinn would capitalise on some hesitation in the Hoops rearguard.

So, it’s another three points in the bag, but the Hoops know they can – and MUST – do better.