RYAN CHRISTIE talked about looking forward to “a new challenge” after agreeing a three-year deal to quit Celtic for Championship outfit Bournemouth on deadline day.

The Scotland international midfielder, a second-half substitute in the 2-0 loss against Denmark in Copenhagen last night, will join up with the south coast club immediately after the World Cup triple-header is completed with a tie in Austria on Tuesday night.

Christie, 26, who is likely to be involved in the encounter against Moldova at Hampden on Saturday evening, was due to come out of contract at the turn of the year when he could have left as a free agent.

At least the Hoops will bring in a cut-price fee of around £1million for the playmaker who cost them £500,000 when he joined from Inverness Caley Thistle in the summer of 2015. 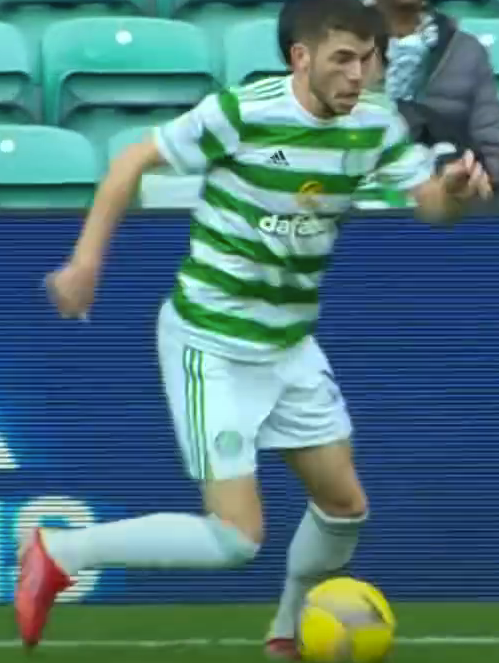 ON THE RUN…Ryan Christie in action during one of his last games for Celtic, the 6-0 win over Dundee.

However, former Celtic fans’ favourite Davie Provan has taken a swipe at the Highlander and said the switch was “all about money” as he dismissed Bournemouth club as “village green stuff”.

The ex-Hoops winger, speaking on Go Radio, said: “The big shock for me was Ryan Christie at Bournemouth.

“What is that about? Why did Ryan Christie leave Celtic to go to a club like Bournemouth?

“I mean it’s village green stuff down there. I don’t care how much money he is on. It’s 11,500 when the ground is full and they could lose 3-0 and get applauded off the pitch.

“It’s unbelievable. I just don’t get it.

“Clearly, it’s all about money, but to leave Celtic to go to Bournemouth is staggering.”

Christie is expected make his debut for his new club against Barnsley at The Vitality stadium a week on Saturday. It is not anticipated the game will be a sell-out.