One of the drawbacks of football – at any level – is the ever present risk of injury. Over the past half century, Celtic have lost many fine players, often with devastating results for player and club. Hugh Gallagher looks at 6 such players. Yesterday he featured JOE McBRIDE (read HERE) and GEORGE CONNELLY (read HERE) and earlier today wrote about BRIAN McLAUGHLIN (read HERE).  Now it’s the turn of STEVE MURRAY… 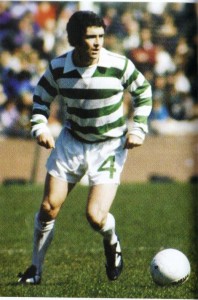 STEVE MURRAY joined Celtic in summer 1973, from Aberdeen for £50,000. He was given the unenviable task of replacing Bobby Murdoch, who was regarded by many Celtic fans as our finest ever midfielder. It was to his credit that Celtic fans immediately took him to their hearts. He formed a fast moving midfield trio, along with Davie Hay and Tommy Callaghan. He was also part of a tremendous half back line – MURRAY, McNEILL, CONNELLY.

Celtic played Basle in the Quarter Final. After losing 3-2 in Basle, Celtic won 3-2 at Parkhead, which sent the game into a tense period of extra time. It was a magnificent headed goal from Murray, in extra time, that was the difference between the teams, Celtic winning 6-5 on aggregate.

At the end of the following month, Murray played in the team that won 9 in a row, with a 1-1 draw against Falkirk at Brockville clinch yet another title. 7 days later, he was outstanding as Celtic won their fifth Scottish League/Scottish Cup double in 8 years. He scored Celtic’s second goal in the 3-0 Cup Final win against Dundee United. 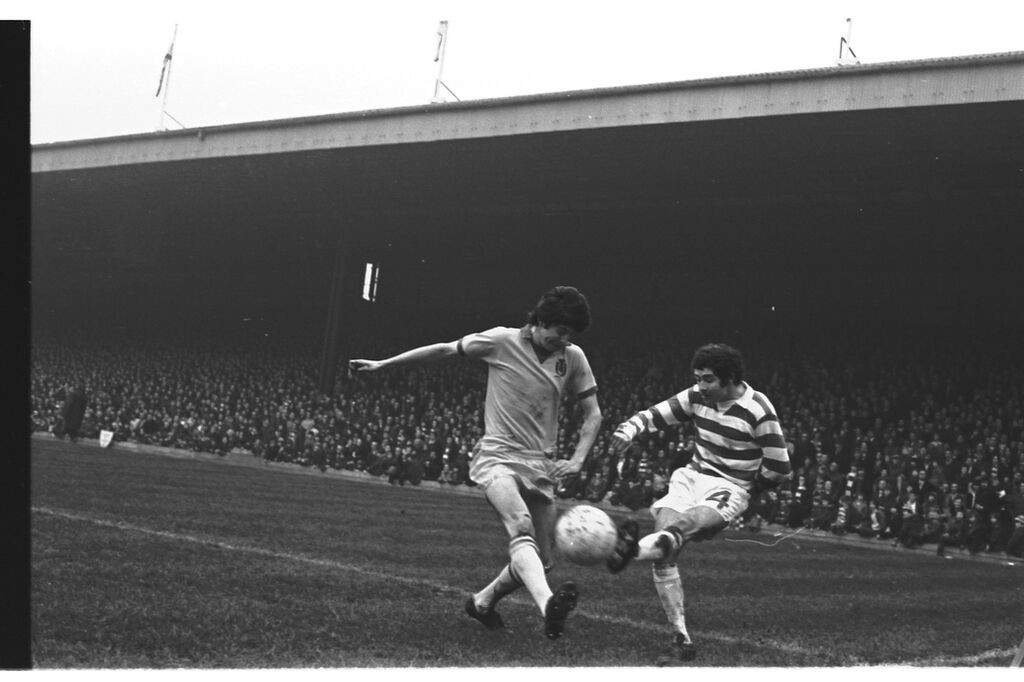 Steve Murray’s first season had gone well and he started 1974-75 in fine form. He helped Celtic win the short lived Dryburgh Cup, scoring a goal in the 2-2 draw against Rangers in the final, then scoring in the successful penalty shoot out. He scored the only goal in the 1-0 League Cup Semi Final win over Airdrie before scoring the last goal in the 6-3 win in the final against Hibs.

An unexpected late collapse saw Celtic deprived of 10 in a row by Rangers. However, Murray helped Celtic to another Scottish Cup win, in a 3-1 victory over Airdrie; that game was famous for being Billy McNeill’s last game.

Unfortunately, Steve Murray had been suffering from a bad toe injury, which became so serious that, at the start of the 1975-76 season, he was forced to retire. With George Connelly’s problems, it meant that the magnificent half back line had gone. Murray’s midfield partners, Hay and Callaghan were also gone. Little wonder, then, that Celtic struggled so badly that season and had to watch as Rangers lifted the treble.

Murray attempted a comeback halfway through 1975-76, but the injury was too bad and finally, he had to call time on his career. Therefore, Celtic had lost  a midfielder who could have had several seasons ahead of him. However, he had a very successful 2 seasons, helping Celtic to a League, 2 Scottish Cups and a League Cup, as well as playing in the European Cup Semi Final.

Get half-price pizza if Celtic score twice against Hearts this Saturday!