We have many iconic moments in our history.  Big Billy with the Big Cup defined everything that has happened since, but that image of Stevie Chalmers, captured from through the Estadio Nacional nets is remarkable on many levels. 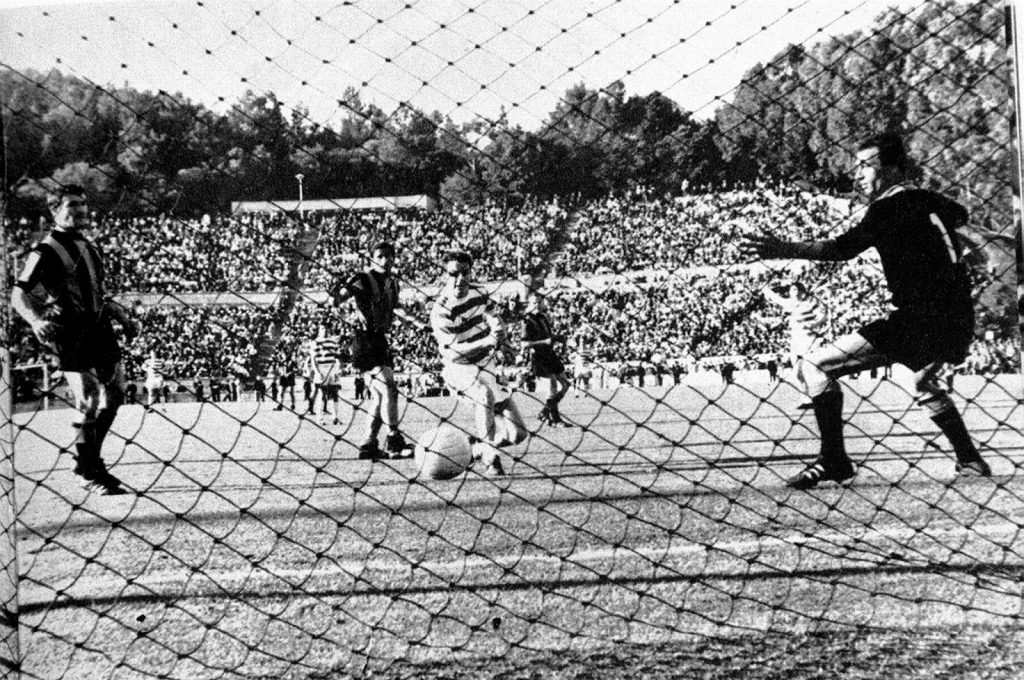 You will be pushed to find a similar photograph anywhere.  Stevie is looking in the direction of the camera, his stare and foot are pointing at the ball, but also at you.  The viewer is the unseen actor, you become part of the story, the ball is travelling towards you.

Stevie is framed between two Inter defenders in the background, with another and Giuliano Sarti, the goalkeeper, forming a wider frame in the foreground.

Sarti is the other hero of the photo, the protagonist caught witnessing his defeat.  Incredibly, he too is staring and pointing at the ball with his foot, his five fingers in shadow, a despairing hand silhouetted by the sun shining on the crowd.  But, unlike Stevie’s, Sarti’s actions are passive, he is beaten.

There are nine players in the photo and thousands of fans but all appear stationary, watching the act unfold.  Only Bobby Murdoch’s right arm and the ball have a sense of movement.  The former, the first to herald the news, even before the ball has reached the line: Goal!

I knew this photo was special years before I knew what made a great image.  If Rembrandt was asked to capture the 1967 European Cup Final on canvass, this is what it work would look like.  Once seen, it can never be forgotten, it is that good.

Today, Stevie’s mortal remains will leave St Mary’s in the Calton before passing through the Celtic Way to his final resting place, but his immortal act will be with us forever.