SCOTT BROWN has dismissed suggestions he is about to join the Celtic coaching staff – because he believes he has “still got a lot to offer” as a player.

The Hoops skipper, who will be 36 on June 25, is still saddened by the midweek departure of manager Neil Lennon following the dreadful 1-0 loss to Ross County in Dingwall.

John Kennedy has been named interim gaffer with only eight league games left to play and the faltering champions 15 points adrift in their quest for a historic tenth successive title.

The former Scotland international central defender will be joined in the dug-out by Gavin Strachan and Stephen McManus, who will step from his reserve team coaching role, as CQN reported yesterday.

They will be in place for the first time when Aberdeen, who were beaten 1-0 at the same venue last week, visit Parkhead tomorrow afternoon.

Asked if he would consider a coaching role under Kennedy, Brown, speaking to Sky Sports News, replied: “No, I’m still too young for that.

“I am doing my coaching badges and I’m learning from John quite a lot and the manager (Lennon), as well. Other managers, too, but now is not the right time to be jumping into a player coaching role or anything like that.

“I think I’ve still got a lot to offer on the field and with the lads on the training field, as well.” 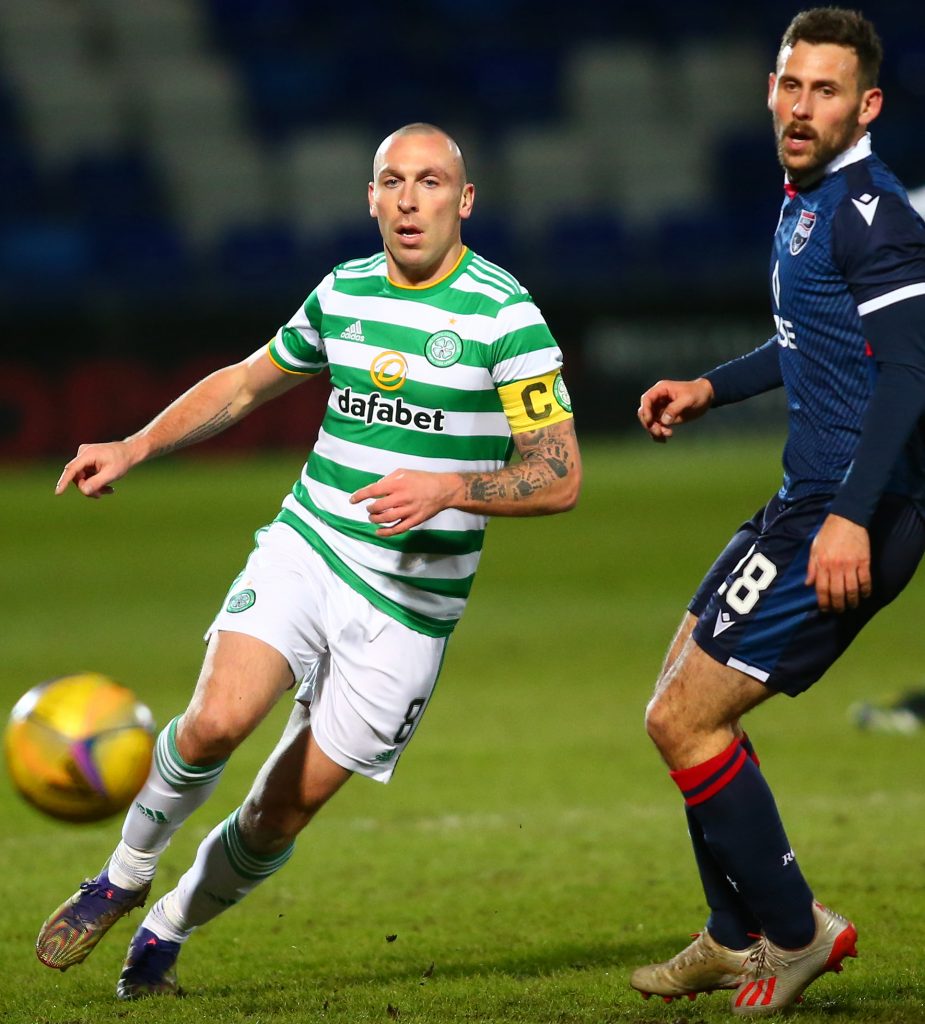 Brown added: “As soon as the manager goes, there’s always that feeling of an end of an era. John’s come in and it’s game by game for now. We’ll just take it from there and try to get back to winning ways.

”John knows all the lads inside out, he’s been here for a long time. He’s done every single job at this club and now he gets the chance to be interim manager to show what he can do.

“There’ll be a lot of things the same, but every manager who comes in will want to change bits and bobs and that’s football.

“Both John and Neil are winners, they’re both fantastic guys. They want to work on tactics, scoring goals, winning games and different formations.

“The philosophies are quite similar, but as a new manager comes in there’ll be some small tweaks that they want to make and that will help us out in the long term.

“We’ve had a couple of chats back and forward and I think it’s about getting back to winning ways. The two of them were very close.

“We need to try and do the best for John now and try to pick up performances, win some games and playing good, attractive football again.”

Brown will hope to lead out the players against the Dons tomorrow, but he has faced stiff competition this term from Ivorian Ismaila Soro.

It will be more than interesting to see how the new man in temporary charge calls this one.