RYAN CHRISTIE was involved in a remarkable penalty-kick incident as Scotland came off the ropes twice to earn a 2-2 draw against Austria in their opening World Cup qualifier at Hampden last night.

The Celtic midfielder, who once again put in a sterling performance for his country, looked to have been hauled to the ground by defender Stefan Ilsanker shortly after the visitors had taken a 54th-minute lead through Sasa Kalajdzic.

Amazingly, Spanish referee Carlos del Carro Grande, who had a good view of the action, waved play on to leave Christie baffled and lying on the turf while the Austrian must have heaved a sigh of relief. It looked an absolute stonewaller. 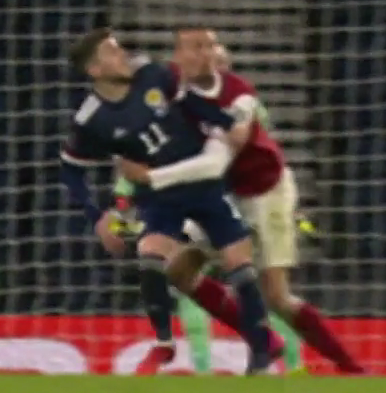 CHRISTIE’S A HANDFUL…Austrian defender Stefan Ilsanker clearly has a hold of the Celtic and Scotland midfielder. 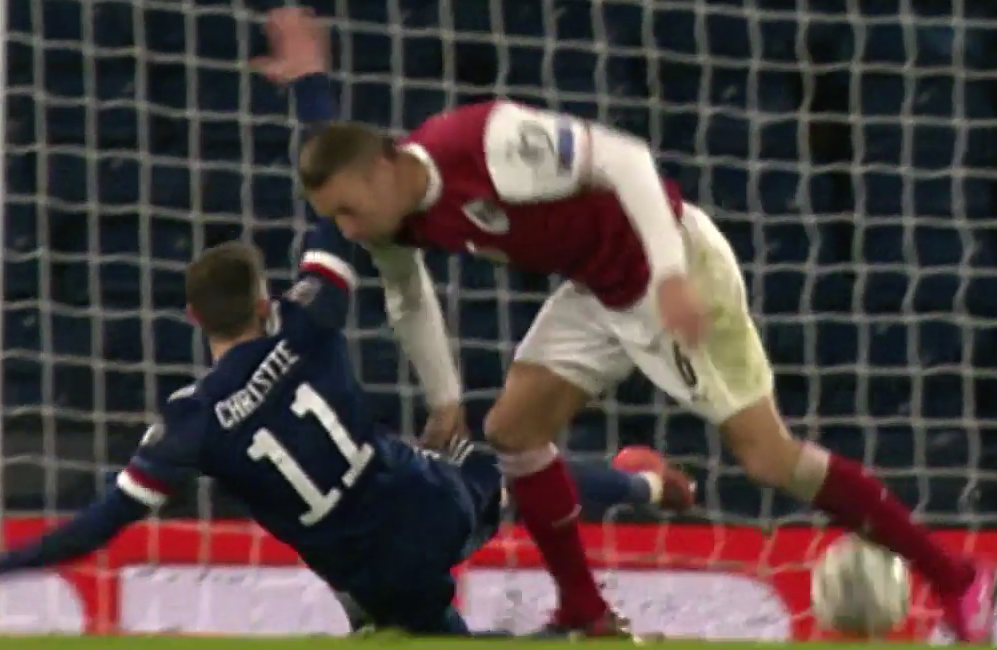 DOWN AND OUT…Ryan Christie appeals for a penalty-kick, but the referee is not convinced.

However, Steve Clarke’s side refused to be knocked out of their stride and equalised with a close-ranger header from Grant Hanley following an accurate free-kick delivery from Stephen O’Donnell n the 71st minute before having to battle back again following another strike from Stuttgart dangerman Kalajdic.

John McGinn surprised even himself with his acrobatic overhead-kick leveller five minutes from time and the Scots can now prepare for Sunday’s encounter in Tel Aviv against Israel who lost 2-0 to Denmark where a blunder from ex-Celt Hatem Abd Elhamed set up the opening goal.

The Aston Villa midfielder, who came so close to joining his boyhood Hoops heroes in the summer of 2018, grabbed the leveller with time running out when Christie headed a partially-cleared set-piece back into the penalty area for McGinn to beat Alexander Schlager with a wonderful piece of improvisation.

The goal hero, speaking to Sky Sports News, admitted: “I actually thought I was offside. I think one positive from having VAR down the road is that you play until the ball is in the back of the net and that was going through my head. 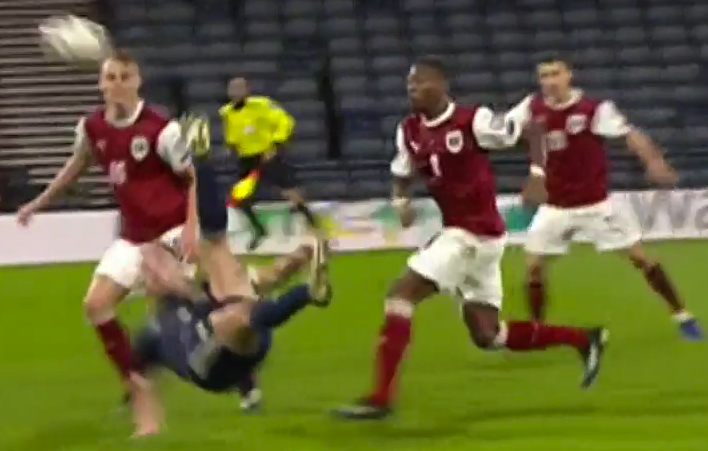 TOPSY-TURVY…no matter which way you look at it, John McGinn’s spectacular overhead-kick equaliser is a bit special. 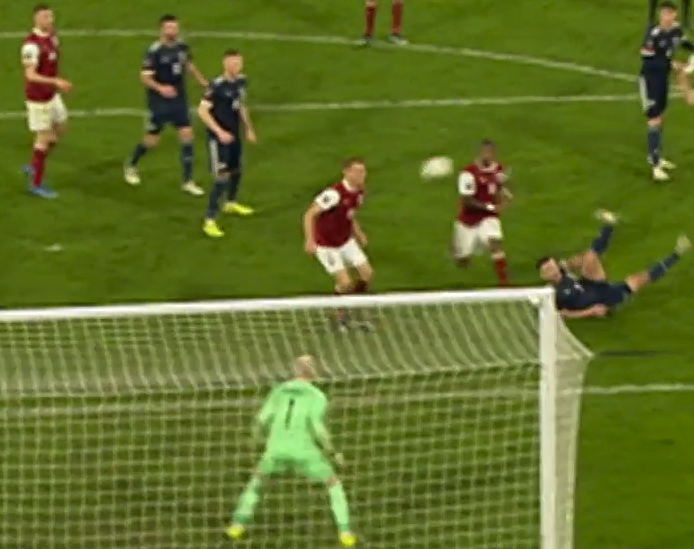 “Before, I might have just stopped if I thought I was offside. I didn’t know I was as flexible as that and, thankfully, it got us a point in the end.”

McGinn had started the game in a deeper role, but boss Clarke changed the system when he put on Hoops midfielder Callum McGregor for Queens Park Rangers striker Lyndon Dykes with a little over 10 minutes remaining. The former Hibs star was pushed further forward and reaped the rewards as he scored his first goal for Scotland since 2019 to take his international tally to eight.

The Villa powerhouse added: “I’ve never scored a goal like that before. I’m never normally that far forward, but the gaffer made a couple of changes, the set-piece came back in, it was a good header and I’m delighted to be back scoring again. It’s been a while.”

“I don’t think we were as good as we can be, but I think it shows how far we’ve come that Austria were blowing out their backside at the end. 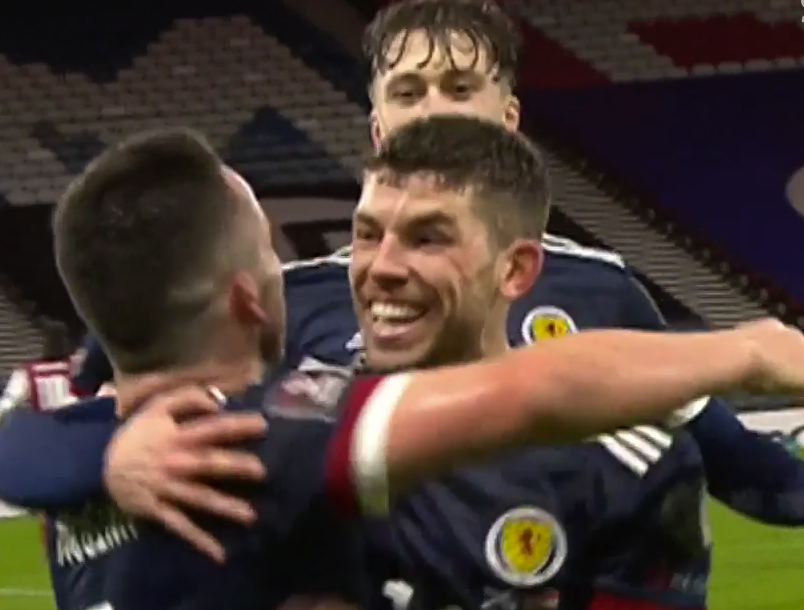 “We flung everything at them and it maybe took us a wee bit too long to suss them out in the first-half, but we’ve got quality players and now moving forward it’s just about belief.  We’ve got confidence and belief and now it’s onto Sunday and another big game.”

Gaffer Clarke said: “To come back from behind twice, it shows good character to come back into the game, we’ll take the point.

“I think we’ve progressed as a team, we believe in ourselves a little bit more. We conceded the goal when we were playing well. It’s disappointing to lose the goal the way we did.

“We let ourselves down again for the second with an easy cross into the box, but you can’t keep this team down. They want to keep fighting for their country.

“That’s a John McGinn goal, isn’t it? I thought he was offside when I first saw it, but it was a good decision, a good finish, and we just kept the ball alive. It’s a great finish, and we deserved a point at least.”