Celtic Quick News on News Now
You are at:Home»Football Matters»‘STRACHAN MUST STAY,’ BORUC
By CQN Magazine on 7th October 2015 Football Matters
ARTUR BORUC is insisting Gordon Strachan should remain Scotland manager – even if his Poland side end the nation’s Euro 2016 qualification hopes tomorrow night.
The Poles are coming to Hampden knowing three points will be enough to send them to the Finals in France next summer along with world champions Germany from our group.
Former Celtic keeper Boruc, who worked under Strachan during his five colourful years in Glasgow, is a massive admirer of his ex-boss.

Strachan’s future is uncertain, with contract talks on hold until Scotland’s Euro 2016 fate is decided. 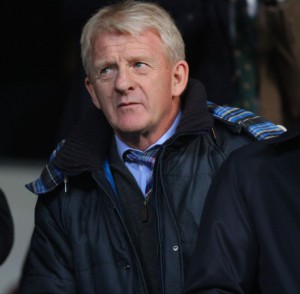 But Boruc, now playing in the top-flight with Bournemouth, said: “Gordon Strachan is a very good manager. He’s in a difficult situation with the national team at the moment because of their position in the group.

“Being a national team manager is a hard job and I think he might not like the fact he doesn’t get to see his players too often, unlike at Celtic where he watched the guys in training every day.

“Scotland have some great, great players though. They are an improving team and I think he should get another campaign. He’s doing a great job.”

Boruc will make an emotional return to Hampden tomorrow night and the national stadium holds a special place in his heart.

He became the first Celtic goalkeeper in history to score there when he netted in a League Cup semi-final penalty shoot-out win against Dundee United in 2009. However, he doesn’t rate the stadium as highly as Parkhead.

The flamboyant Pole said: “Most of my memories are connected to Celtic Park, but I know Hampden Park well, too, because I played in a few semi-finals and finals there. I have good memories.

“Scoring in that penalty shoot-out was special, too. But, to be honest, it’s not as good a stadium as Celtic Park because the stands are further away from the pitch. However, it will be an amazing atmosphere on Thursday.

“I’ve been back in Glasgow a few times since I left Celtic. I still have a house there. I also have plenty of memories from the city – most of them are good. It was a great time in my life although it was a bit crazy at times.”