The Norwegian gave a frank assessment of media criticism in a press conference during the week and insisted “jealousy” was behind the negative comments aimed at him and his players.

The Hoops went seven points clear of Aberdeen – and six ahead of Hearts – after hammering the Dons 3-1 at Parkhead yesterday as they prepare for Thursday’s Europa League confrontation against Molde in Glasgow.

However, the press in Scotland has been predicting a crisis at the club and some have even speculated that the Norwegian will lose his job.
Scotland boss Strachan, who was in charge of Celtic from 2005 to 2009, says Deila should learn to ignore the criticism that comes with managing such a big club.

He said: “When I was Celtic manager, I used to wake up every day and wonder what was coming my way.

“But that’s what you have to deal with, not only at Celtic, but you feel the pressure and you feel lonely. 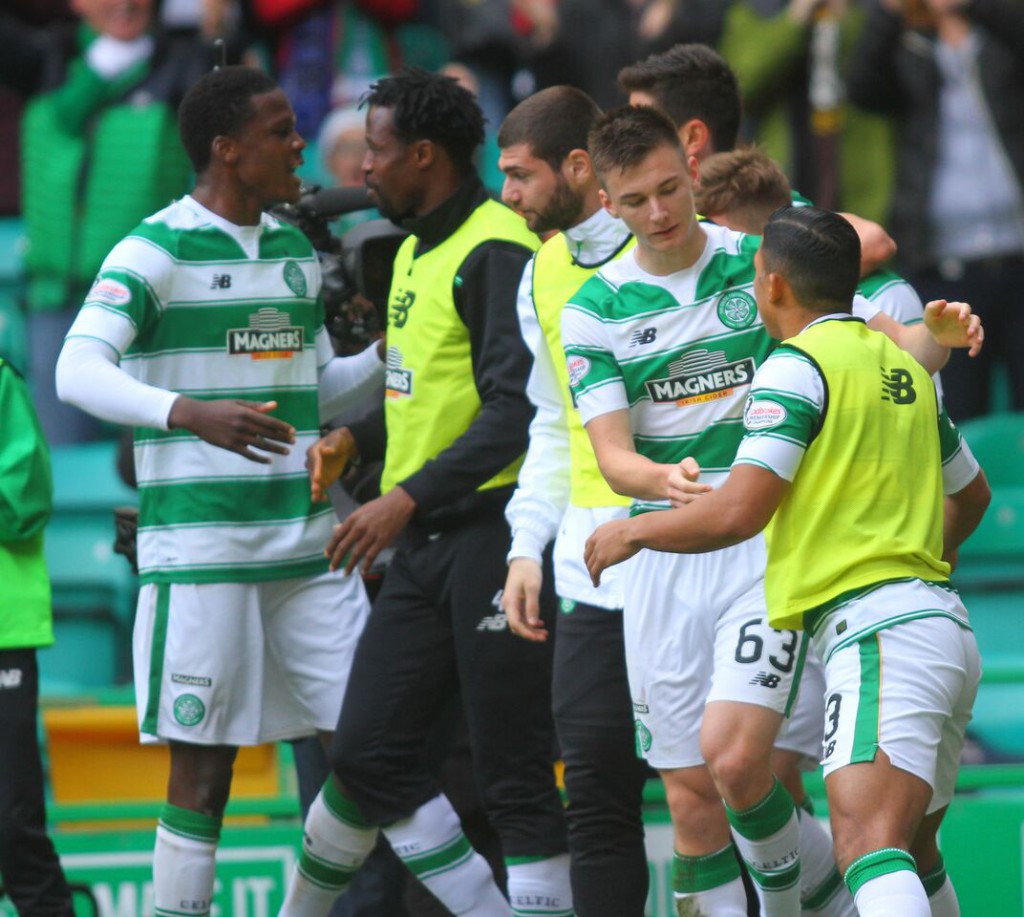 “But sometimes you have to take a deep breath. You have to have good counsel and the best way to deal with it, trust me, is to not listen to anything and not read anything.

“He has to just deal with reality and the reality is that they’re top of the league and they’re still in the Europa League.

“Everybody has to have an opinion and there are other people who want to be the manager or want to be pundits and that’s fine.

“But the only opinions you’ve got to deal with are the ones you respect. There are ones that might annoy you, but you have to ignore them.”

Former Celtic striker Andy Walker, who had two spells at Parkhead, felt Deila allowed himself to be “sucked into” making comments about Rangers (sic) in Friday’s press conference by “one or two idiots” at the club.

He said: “I cringed when I watched it – I thought he had a wee bit more about him. He’s clearly been fed these lines by one or two idiots behind the scenes and his conduct was not becoming of a Celtic manager.

“Previously, he’s never mentioned any other club because they’ve not been in the same division, but all of a sudden he wants to talk about Rangers.

“I thought it was a dreadful press conference and I’m amazed that he’s been sucked into dishing out the ridiculous lines he did on Friday.”

CQN readers, of course, will have their own thoughts on that. As far as football is concerned, Deila answered critics with Celtic’s display against the Dons which was at a high level as the club moved in the right direction of their fifth successive SPFL title.
You can’t argue with success in a results-driven business.
Meanwhile Brendan’s Sweeney’s new book Celtic The Early Years is the number 1 selling football book on Amazon this week. Brendan was a founding member of Celts For Change and his stunning new book, published by CQN Books, tells the detailed story of the first five years of Celtic’s unbroken history. It will be the reference authority for decades to come and every Celtic household should own this book and pass it through the generations to your children and grand children.
It is the fastest selling book ever on CQN and is now available in the Celtic stores. Get yours before there are none left! You can order HERE or on the link below.