Celtic Quick News on News Now
You are at:Home»Latest News»STRACHAN’S WARNING FOR GERRARD
By CQN Magazine on 2nd May 2018 Latest News

FORMER Celtic boss Gordon Strachan has warned Steven Gerrard to remember the downfall of John Barnes’ managerial aspirations after a dire and brief period in charge of the Hoops.

The Liverpool legend, who is currently coaching the Anfield side’s Under-18s, has admitted he has already held talks about the vacant hot seat at Ibrox.

Despite winning nine major honours, including the Champions League and UEFA Cup, and making 114 appearances for England, Gerrard has been told by Strachan NOTHING can prepare him for the Glasgow goldfish bowl.

The ex-Scotland international manager, who was in the Hoops’ dug-out between 2005 and 2009 and, despite having a decade of management experience, still found himself overwhelmed.

Clearly, he fears for a rookie. 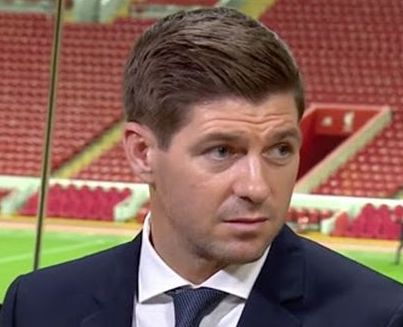 IN THE IBROX FRAME…Steven Gerrard.

Strachan said: “I was 48 years old when I joined Celtic. I had worked at Premier League clubs, with Sir Alex Ferguson and all these kind of people.

“I had done my time, was ready to go again, got the opportunity and thought I could deal with it.

“Me and my wife used to sit in the city, hold hands and hope it would get better. The whole of Glasgow, you belong to them. There are no FA management courses – anything – that can get you ready for this!”

Strachan drew parallels with Barnes, another Liverpool great, whose first job in management came when he was appointed Celtic Head Coach alongside Director of Football Kenny Dalglish in 1999.

The so-called ‘Dream Team’ turned into a nightmare double-act and Barnes was dumped after only eight months following the sensational 3-1 Scottish Cup exit from Inverness Caley Thistle, who weren’t even in the top flight, in February 2000 – four months before the arrival of Martin O’Neill.

Strachan added: “You can look back at John Barnes going to Celtic. John knew the game, worked with the best managers, a clever man, an educated man. You go there and think: ‘I can deal with this’.

“Steven Gerrard has to think about where he wants to go and how long he wants to be in football management.”

Barnes was out of the game until he was appointed manager of the Jamaica international team in September 2008. He returned to the UK as chief of Tranmere Rovers in February the following year.

The flop boss was fired eight months later after the team had won only two of their 11 league games.