GORDON STRACHAN has warned Celtic they MUST perform in this month’s transfer window – or suffer the consequences.

The former Hoops boss admitted he was astonished by the way they were swept aside in their loss at Ibrox.

Strachan said: “Wow, did anyone see that performance coming? I certainly didn’t and I don’t think supporters of either club did.

“I didn’t see Rangers being more powerful and having more energy. If you looked at their recent performances against Dundee, Hibs or Hamilton before the Old Firm game, they weren’t inspiring.

“I’ve seen Rangers play decent in Europe — but their league form didn’t suggest that kind of performance against Celtic.

“It was the kind of performance that even the Rangers coaching staff, as much as they believe in their team, couldn’t have dreamt of when they went to bed the night before.

“They couldn’t have expected that number of attempts on goal, that much possession and that much confidence in an Old Firm game.

“It was strange to watch. I’ve never seen Celtic in an Old Firm derby being out-muscled and pressurised the way they were.”

Strachan, 61, who won three titles in his four years at Parkhead before leaving in 2009, said: “Rangers exposed Celtic’s weaknesses. It was an eye-opening experience.

“It bothered me a bit how much Celtic were over-powered.

“Since Moussa Dembele left – and they were without Tom Rogic, Kieran Tierney and Odsonne Edouard for the Rangers game, too – they have lost a lot of power in the team.

“When you look at their front six, in modern-day football, it’s technically gifted, but a bit lightweight — especially if Scott Brown is out.” 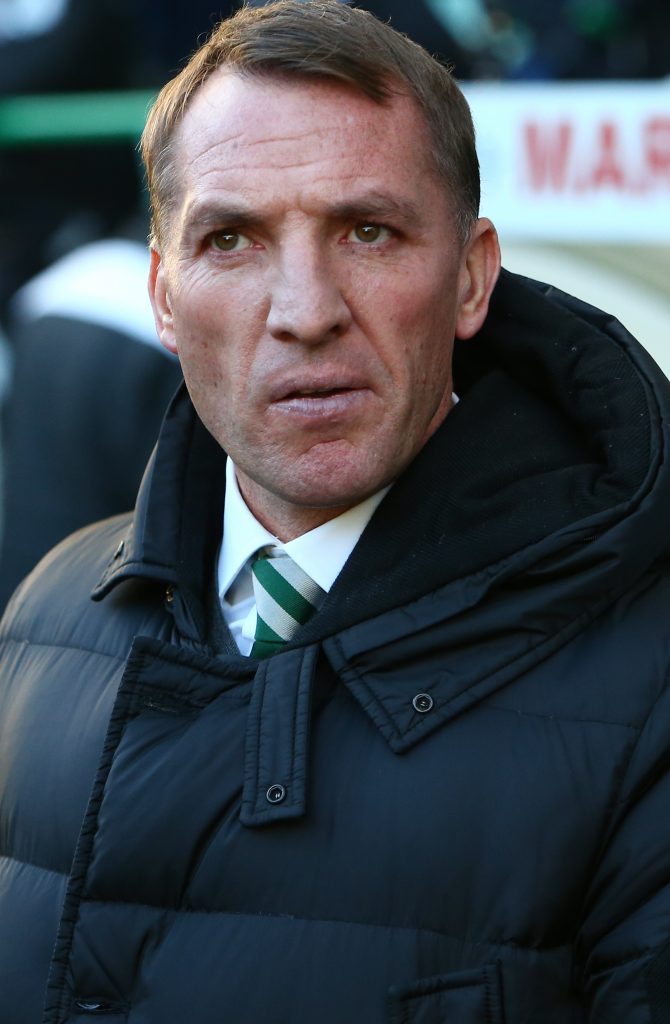 SPLASH THE CASH…Brendan Rodgers needs to strengthen his team this month. Pic: Geo.

The former Scotland international manager now reckons Brendan Rodgers must be given funds to strengthen the team or his old club could miss out on eight successive Premiership crowns and the possibility of an unprecedented treble treble.

Strachan added: “Playing Callum McGregor at left-back meant they missed him in midfield and in wide positions.

“That’s one of Scotland’s best players over the last two years. Rangers really attacked those weaknesses in the Celtic team.

“I think that has to be addressed by Brendan Rodgers.

“There have been players in his team regularly for a year and a half now who need a wee break and need someone to come in and inspire them. Players like James Forrest, Kieran Tierney and McGregor. They have played well, but need someone else to come in and take over for a bit.

“Celtic have gone backwards compared to their standards of the last two years and it puts the impetus on their transfer business in this window.

“A month ago it wouldn’t have been so important to get bodies in because Celtic looked comfortable and were playing well.

“Now, if they don’t sign a striker with a physical presence, they give even more momentum to Rangers.”

Rodgers was forced to play teenager Mikey Johnson as his attack-leader against Steven Gerrard’s team at the weekend and the slighty-built forward couldn’t make an impression following an hour of little assistance from his midfield.

The youngster was eventually replaced by £10million French ace Odsonne Edouard who wasn’t considered fit enough to last the 90 minutes.

The Hoops gaffer has already admitted the champions need TWO new strikers in this transfer window, but is also looking at options throughout the team.