NEIL LENNON is hoping Ryan Christie recovers from his horrific face injury in time for the Scottish Cup Final against Hearts at Hampden on May 25.

The Celtic playmaker was taken to hospital yesterday following the sickening first-half clash with Dom Ball which saw the Aberdeen defender banished after receiving a second yellow card.

Christie, who was the matchwinner when the teams met in the League Cup Final in December, was knocked out as Ball’s forehead made contact with his face.

Ball had already been booked for a foul on Jonny Hayes when he went in strongly for a mid-air challenge which immediately provoked a second yellow card from referee Craig Thomson.

The Highlander was left flat on his back as the medics gave him treatment and, after a break of six minutes, the Scotland international was stretchered off. 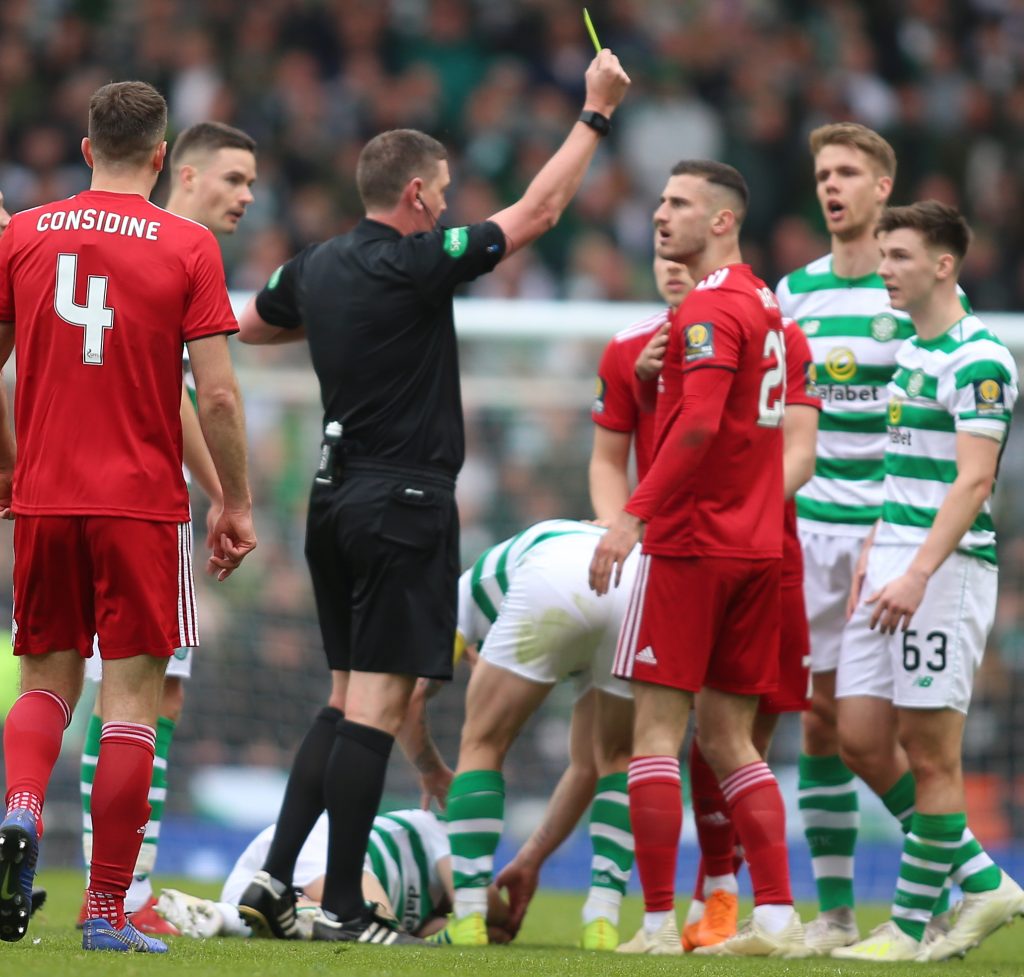 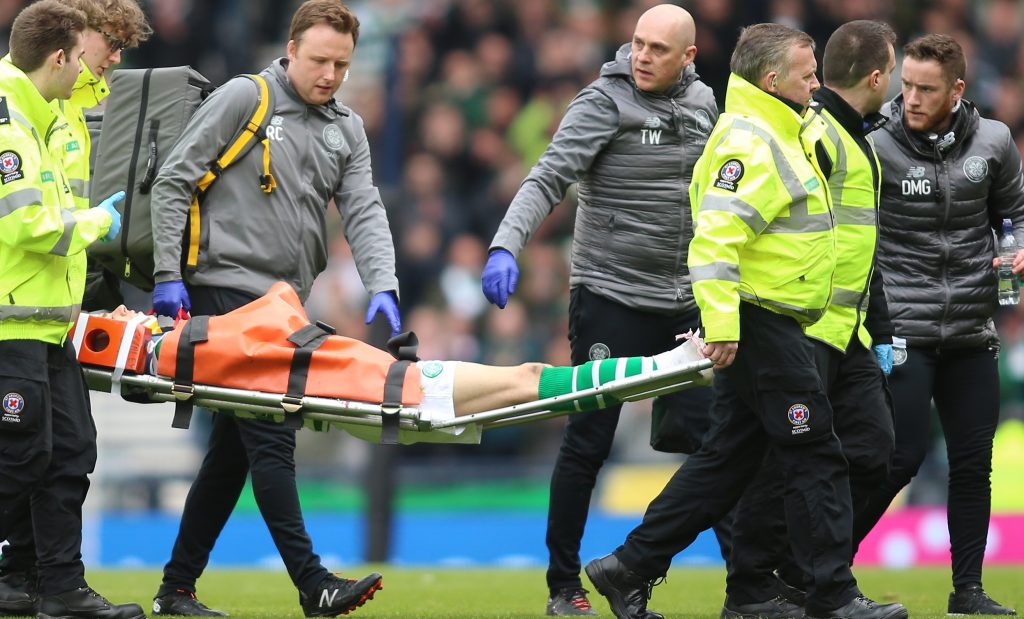 STRETCHERED OFF…Ryan Christie is taken away by the medics.

It was the only negative in an explosive Scottish Cup semi-final that saw the Hoops earn a 3-0 triumph with goals from James Forrest, Odsonne Edouard and Tom Rogic.

Christie has between now and May 25 – the 52nd anniversary of Celtic’s historic European Cup Final win in Lisbon – to play against the Tynecastle outfit as the champions plan to bring the curtain down on another exciting campaign by claiming an unprecedented treble treble.

Neil Lennon, speaking to the Daily Mail, said: “Obviously, there will be a lot of talk about the sending-off, but, for me, it was a second yellow.

“It’s a real bad one. I don’t think there is any real intent from Dominic to hurt Ryan, but he is late in the challenge.

“Unfortunately, we have lost Ryan to what could be a very bad injury. He was conscious at half-time. We are not sure if it’s a broken eye socket or a fractured cheekbone.

“According to the medical team, we are hopeful he will be fit for the Final.”