The 21-year-old Scotland international winger has admitted he used to wear the famous green-and-white hoops as a kid when he played in the parks in England.

Burke was born in Kirkcaldy, but moved south as a toddler and has admitted he has never even been near Parkhead, as CQN reported yesterday.

However, as a youngster with dreams of being a footballer – he donned the Celtic strip as he played alongside his pals in Melton Mowbray.

Now he will get the chance to sample the real thing when the holders take on League One Airdrie in the first stage in the defence of the Scottish Cup in the east end of Glasgow on Saturday, January 19.

Burke, whose transfers from Nottingham Forest to RB Leipzig and then onto the Hawthorns side have totalled a staggering £23million, said: “I’m really excited to be a Celtic player and I had the kit when I was young. 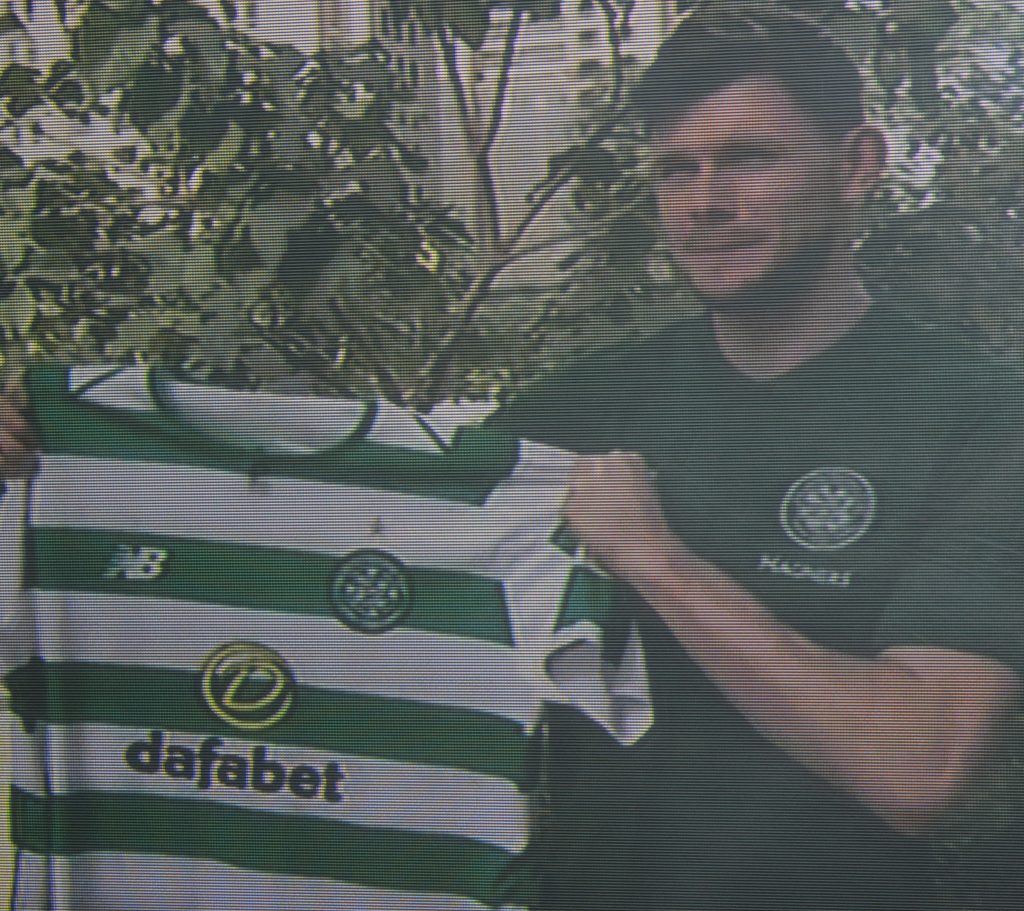 GETTING SHIRTY…Oliver Burke with his prized Celtic top in Dubai.

“The full kit, as well, and this has always been the club I have thought about.

“I wasn’t a supporter. I just loved the kit. It was great. Someone on the Scottish side of the family got me it and I never took it off. I would be down the country park playing in a Celtic strip in England.

“Everyone was asking, ‘What is that?’ But I loved it. I’d be kicking a ball with my friends and they did ask why I was wearing the Celtic kit. It was brilliant.

“I have never been to Celtic Park. That’s what I’m really excited to do. I’m dying to see that. I came to Dubai from Birmingham because I wanted to crack on and get to know the team.

“I wasn’t bothered with getting to know the facilities. Everything will be fine. As long as there is a football pitch and somewhere I can get changed I’ll be happy.”