Celtic Quick News on News Now
You are at:Home»Football Matters»STUBBS ‘EXCITED’ ABOUT STOKES
By CQN Magazine on 20th January 2016 Football Matters
HIBS boss Alan Stubbs has admitted he is “excited” about the arrival of Celtic striker Anthony Stokes on loan until the end of the season.
The Republic of Ireland international frontman has returned to Easter Road in search of first team football, a move CQN revealed last week.
Stokes has played only twice for the Hoops during the current campaign, but ex-Celtic defender Stubbs said: “Anthony is a fantastic footballer and will really strengthen the squad.

“We have a number of options in attack and real competition for places which is what every manager wants.

“We are excited about Anthony coming here and I think he will prove to be a real asset.” 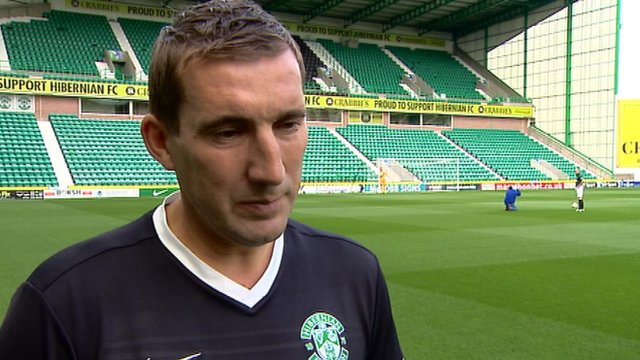 The 27-year-old attacker played for the Edinburgh side between 2009 and 2010, when his tally of 24 goals in 48 matches earned him a move to Parkhead.

He last featured for Ronny Deila’s team in the 3-1 win over Dundee United in August and was forced to apologise after sending an ill-judged tweet when he was left in the stands at Inverness in November.

Stokes was suspended for a fortnight, but, despite his lack of action, Deila believes the forward can still play his way back into his plans if he can rediscover his form elsewhere.

He said: “It’s important for everybody he finds himself, gets some good performances and can then perform for Celtic again.

“Does he still have a Celtic future? Yeah, everybody has that.

“He has a contract with the club and Stokesy knows the things he has to take care of.

“Hopefully, he will get a good run of games, score some goals and get back in good confidence and the best shape he can be in.”

Premiership duo Dundee United and Inverness Caley Thistle, managed by Stokes’ old Hibs and Falkirk gaffer John Hughes, also wanted the goalscorer, but he chose a return to Easter Road in an effort to help them in their promotion push.
Former Celtic striker John Harrison however has given his opinion on Stokes’ future at Celtic stating that in his opinion his time as a Celtic player has come to an end.
Stokes has 4 months to prove Hartson wrong and the only way to do that is bang in as many goals as possible for Hibs.
We wish him well.