CELTIC boss Brendan Rodgers praised Stuart Armstrong after the midfielder’s first start this year in the 3-0 win over Ross County at the weekend.

It was December 30 in the goalless draw against Sevco Rangers when the 26-year-old international playmaker was last in the Hoops line-up at the kick-off.

Armstrong was the Man of the Match against the Highlanders who had skipper Andrew Davies red-carded for an outrageous stamp on Scott Brown in the first-half.

The champions were already leading through a penalty-kick from Moussa Demeble and Armstrong slotted in a second shortly after the turnaround and Tom Rogic waltzed through to add a third later on.

The Hoops can now move FIFTEEN points clear at the top of the Premiership if they beat Dundee at Parkhead on Wednesday night.

Delighted gaffer Brendan Rodgers said: “Stuart has been building his way back into contention.

“He showed his energy and all the qualities that he has, scored a great goal, worked very hard and played the position very well with good technical discipline in the game.

“He tired a bit in the last 20 minutes, but we wanted to get him through 90 to keep pushing him with his game time. So, I was very pleased with him.”

Armstrong said: “It was nice to be back, starting and playing 90 minutes. I am just trying to get my fitness back and get more minutes. I felt better physically than I had felt in December.” 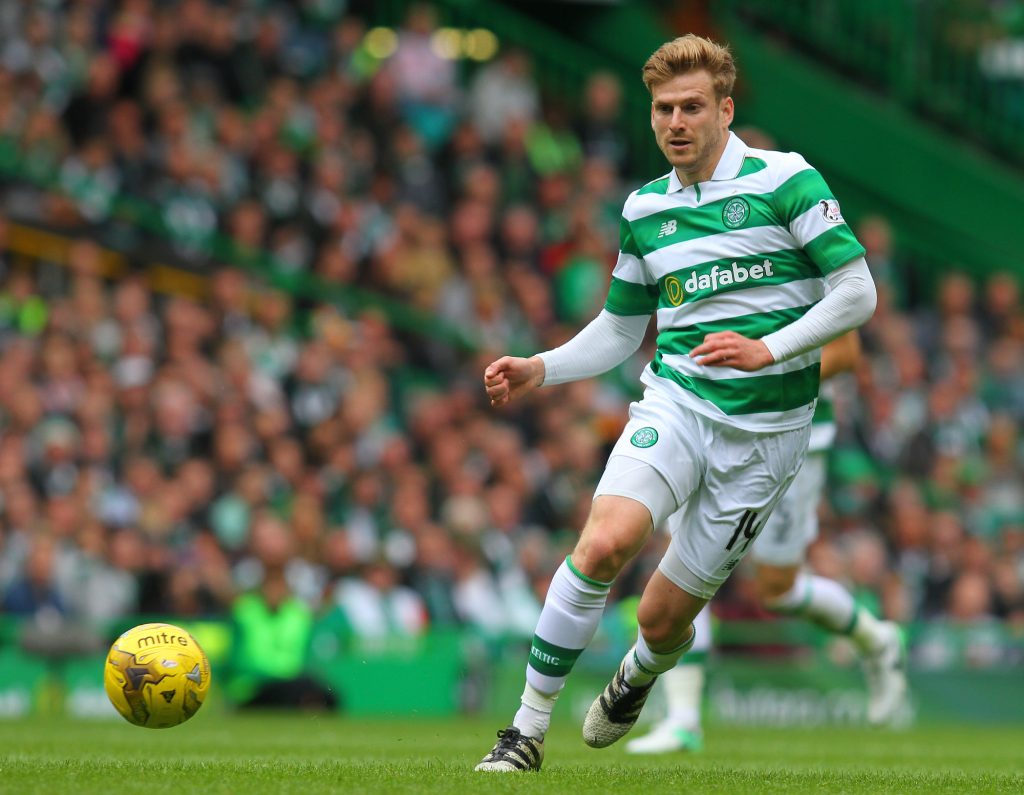 As the season moves towards its conclusion, Rodgers was handed another boost as striker Leigh Griffiths replaced Dembele in the second half to make his first appearance since recovering a calf injury which had kept him out since January 27.

The Irishman added: “We are going into a really exciting part of the season where it is all now about your mental fitness.

“We have the talent. But is now about approaching one game at a time. It is important that we perform well.

“Some people at this stage think it is just about the points, but for us, it is about performing, as well.

“For a top versus bottom clash it was virtually a full house, so I thought we were back to a lot of what we were last year with lots of threats on goal.

“It was a really good performance.”