Celtic Quick News on News Now
You are at:Home»Football Matters»‘SUPERIOR QARABAG’ WILL QUALIFY CLAIMS AGOLLI
By CQN Magazine on 2nd August 2015 Football Matters
COCKY Qarabag star Ansi Agolli has written off Celtic’s chances of overcoming his side in the Champions League second leg qualifier on Wednesday.
The defender believes his side are “superior” and can triumph by two or three goals when the clubs meet in Azerbaijan.
Super-confident Agolli said: “We showed our ability at Celtic Park. We controlled the game and were superior. We dictated play and missed good chances. Celtic were dangerous, but so were we.
“We must be careful not to concede, but with our passionate fans, I believe we can win 2-0 or 3-1 – or maybe more to make sure we qualify for the next round.”
Qarabag were only eight minutes away from gaining a goalless draw in Glasgow last week until Dedryck Boyata headed in Kris Commons’ right-wing corner-kick.
Now Agolli has promised he and his team-mates will turn up the heat in Baku in midweek.
The intriguing return tie, as CQN mentioned yesterday, will be televised live by BT Sport Europe with a 5.30pm kick-off.
Agolli, judging by CQN’s two photographs, seemed to be able to do very little to stop either Virgil Van Dijk or Kris Commons getting away attempts on goal last midweek.
More of the same this week Bhoys. 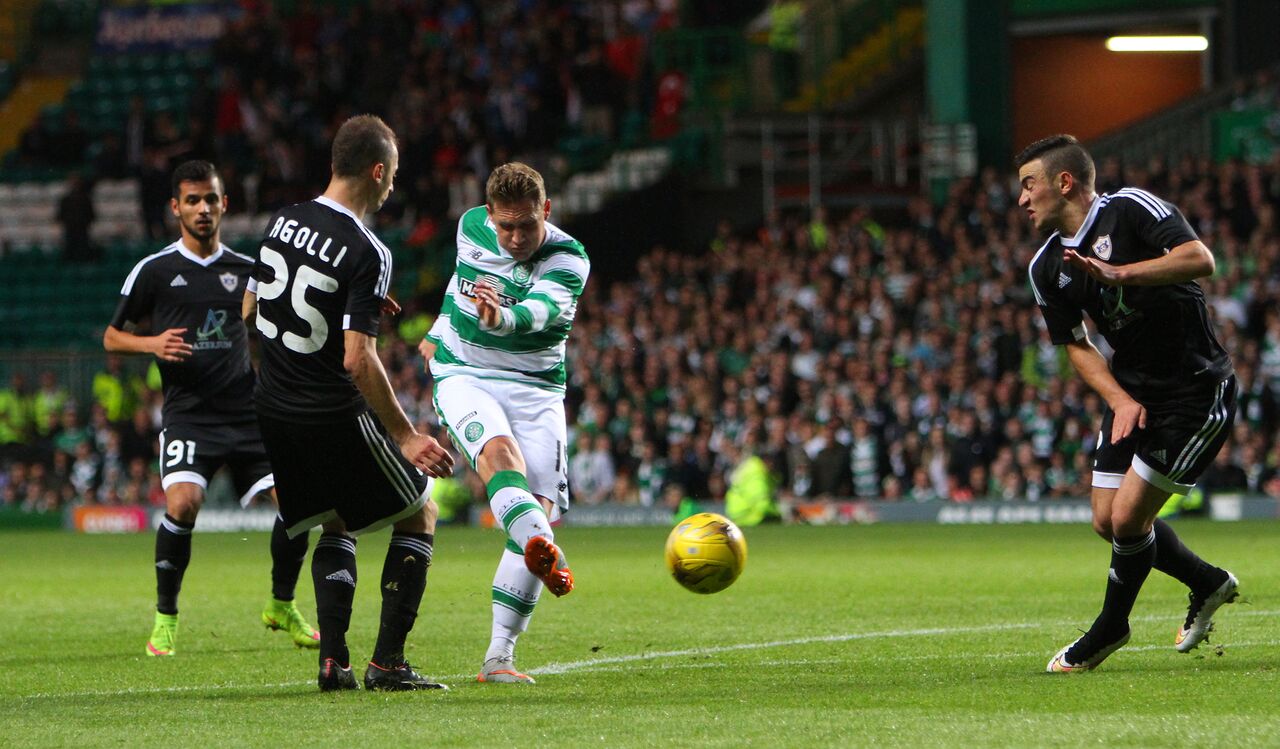