Celtic Quick News on News Now
You are at:Home»Latest News»‘SURREAL,’ THE LIFE OF O’RILEY
By CQN Magazine on 13th May 2022 Latest News

MATT O’RILEY stepped onto soccer’s rollercoaster when he agreed to leave MK Dons in a £1.5million switch to Celtic in January.

In a whirlwind four months, the stylish 21-year-old midfielder has picked up his first title-winning medal, been brought into the Denmark international squad and is preparing for appearances in Europe’s elite competition the Champions League in the new season.

It has been a startling transformation in the fortunes of O’Riley who was a bit-part player at Fulham the previous January and left for game-time in the English third tier to get the opportunity to show his qualities.

The London-born performer, who qualifies for the Danes through his mother, hit the ground running following his move to Glasgow as the fifth of Ange Postecoglou’s signings in the winter window following Japanese trio Daizen Maeda, Reo Hatate and Yosuke Ideguchi and young Irish striker Johnny Kenny from Sligo Rovers. 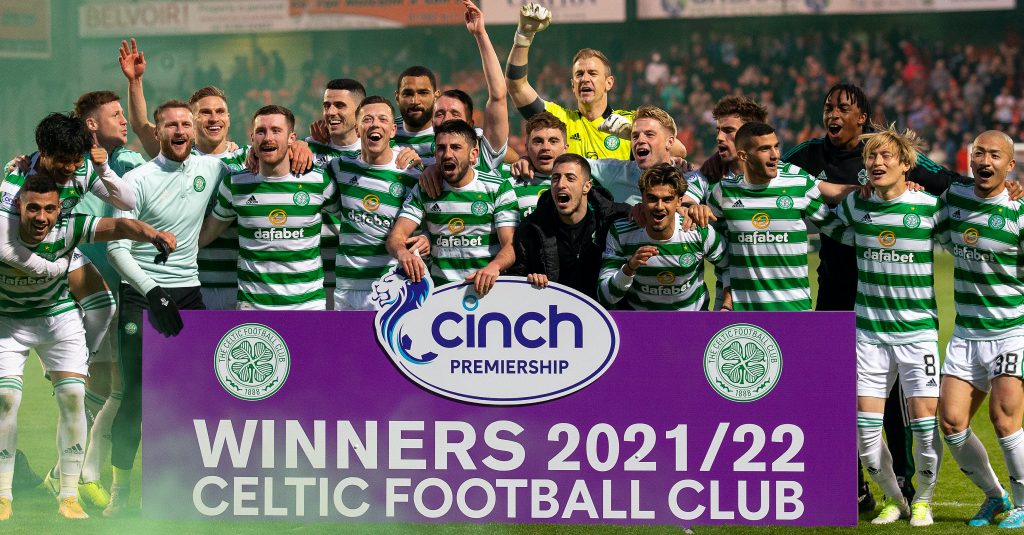 HAIL, HAIL…Matt O’Riley (fifth right) joins in the celebrations with his Celtic team-mates at Tannadice.

O’Riley looks at the somersault in his career and said: “It’s pretty surreal, to be honest, as it’s my first title in my career.

“Being part of a club like this is just really cool for me and I’m really grateful for that. I can enjoy it now.

“It means everything. It’s what football is about, isn’t it? When we hear these fans singing home and away it makes it even more special.

“Life has changed pretty quick, to be honest. In four months I’ve gone from playing in League One to winning the title here.

“I didn’t have any doubts, to be honest. I wasn’t expecting to come to Celtic. I thought I was going to go somewhere else so when that chance came I jumped at it.

ON THE RUN…Matt O’Riley patrols his midfield beat.

“Since then it’s been a pretty surreal experience. I’ve enjoyed every moment of it. I think every night playing for this club is good enough for me.

“Whether we’re winning the title or it’s a standard Premiership game, they are all the same for me. Playing for a club like Celtic is pretty cool, I think.

“Anyone who believes in themselves and the people around you do, you can get where you want to be.”

O’Riley, talking to the Glasgow Times, singled out skipper Callum McGregor for special praise and added: “I can’t speak highly enough of him. On my first day here he was the first one to welcome me.

“He didn’t just welcome me in a cliched way – he came up to me and really made me feel part of the club from that first day. 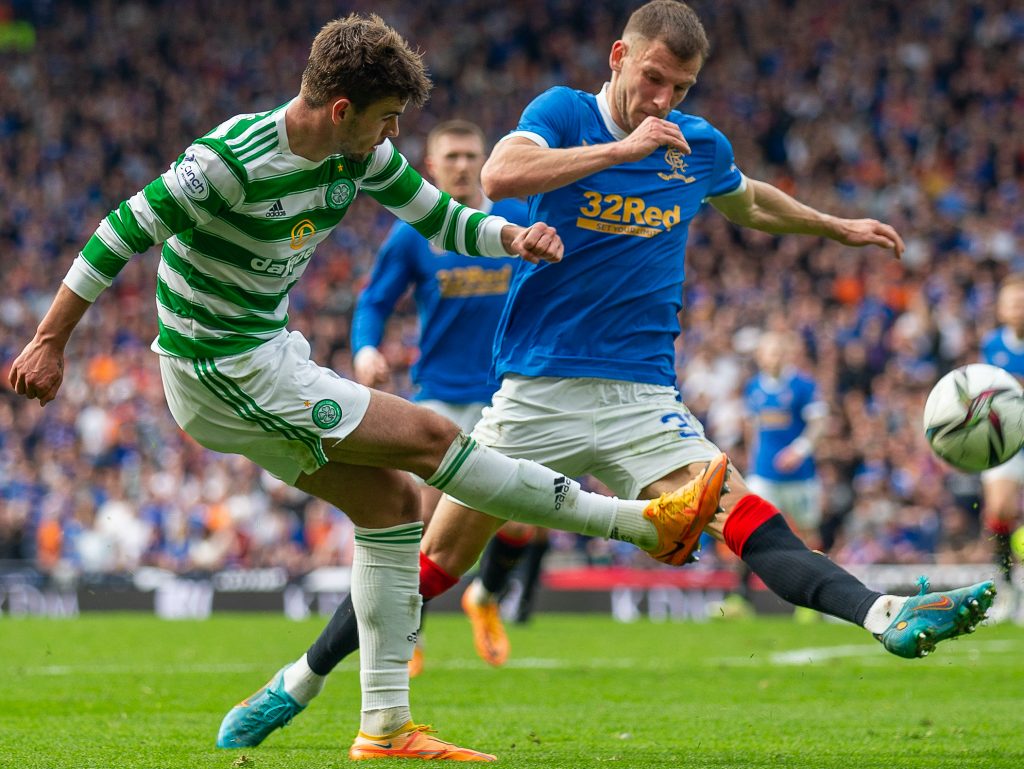 BY THE RIGHT…Matt O’Riley swings in a cross with Borna Barisic trying to intervene.

“The consistency he’s shown throughout the whole season shows how good a player he is and how good a person he is.

“In that changing room, he’s the one who really gets us going, as well.”

O’Riley hopes to put on a show in Celtic’s grand finale to an extraordinary campaign on Flag Day against Motherwell at a 60,000 sell-out Parkhead tomorrow afternoon in the 12.15pm kick-off.

It will be a fitting conclusion to an amazing four months in the youngster’s football journey.