Celtic Quick News on News Now
You are at:Home»Latest News»SUTTON CALLS FOR ANGE TO BRING IN ‘BETTER QUALITY’
By CQN Magazine on 19th February 2022 Latest News

The Greek-Australian’s line-up were on the receiving end of a shock result on Thursday night when the Norwegians of Bodo/Glimt triumphed 3-1 at a packed Parkhead.

It was a frustrating evening as the home side failed to spark against a well-drilled outfit who underlined their menace with a 6-1 rout of Jose Mourinho’s Roma side earlier in the Europa Conference League.

Deficiences in the home side were highlighted and the former Hoops hitman, who refused to single out individuals, called again for the manager to look at the left-back position where Greg Taylor had an uncomfortable 90 minutes against opponents who were quick to turn defence into attack. 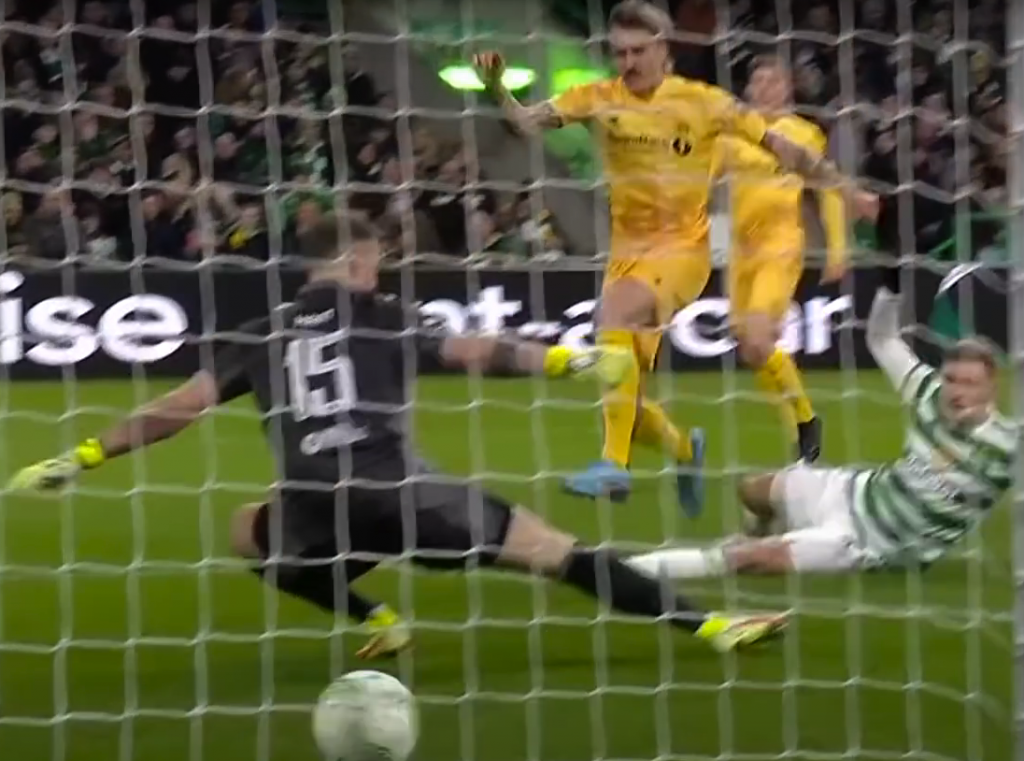 Sutton’s former attack partner John Hartson termed the former Kilmarnock defender “feeble” as he allowed Ola Solbakken to ease inside him before setting up the crucial second goal for Amahl Pellegrino.

There was also criticism of the manager’s attacking set-up, but the one-time England international striker backed the manager for his bold approach.

Sutton said: “Ange Postecoglou has got Celtic where they are at this stage of his reign doing it his way.  “If you are a fan, you just have to get on board for the ride and accept that, at this stage of the process, there are going to be a few bumps on the road.

“Postecoglou’s said repeatedly the team is a ‘work in progress’ and they’re nowhere near the finished article.

“He made that clear after watching his squad hammer Rangers, so he didn’t have to say it again after they lost to Bodo/Glimt.

“The whole world knows Celtic still have flaws and, when facing good opposition and not hitting their peak, they will get exposed just in the way the Norwegians exposed them.

“Of course, Bodo/Glimt are not Manchester City. They are not of the elite level. 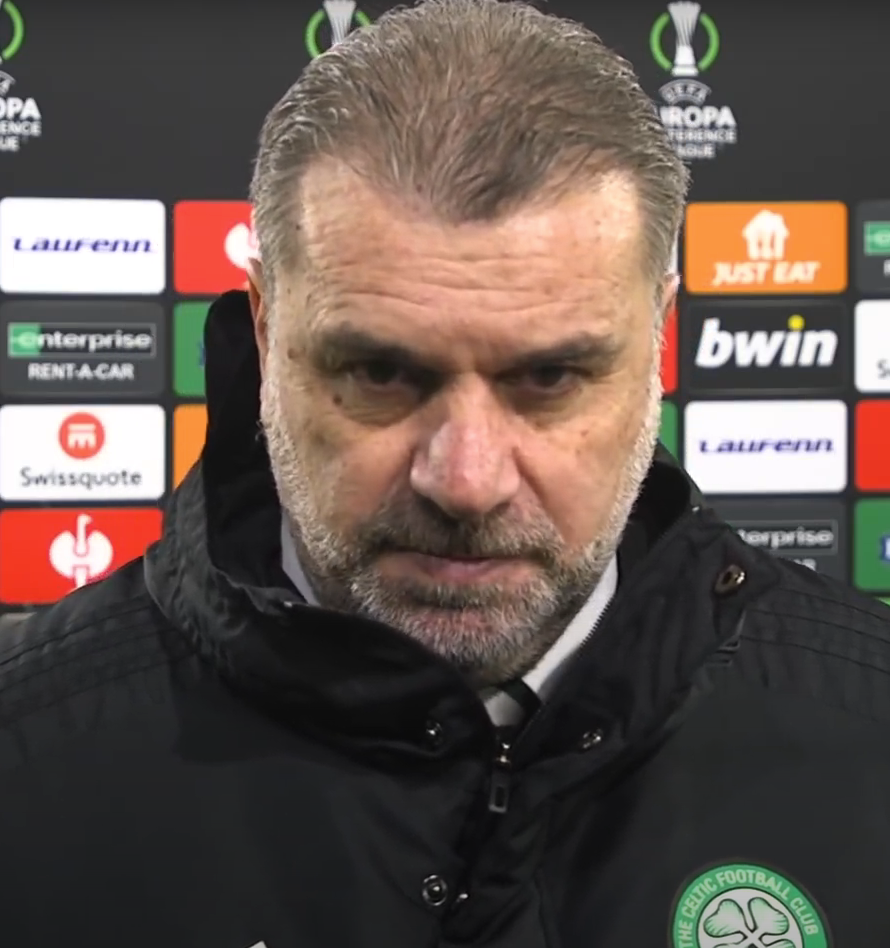 “I had Celtic-supporting pals saying beforehand the team was going to pump Bodo/Glimt easily, but that, to borrow a word that Callum McGregor used in the aftermath of the defeat, was naive.

“On the flip side, I have since heard others suggest the side was way too offensive and waiting to be picked off.

“That was a reference to the fact Postecoglou went positive. He went with all-guns blazing and naming both Tom Rogic and Matt O’Riley in the starting line-up was an aggressive move.

“It didn’t work out, but quite why anyone would get uptight about that is beyond me.”

Sutton, speaking to the Daily Record, continued: “Postecoglou has been on the front foot since he took charge. That’s the way he is going to play. He is going to back his team to dictate and dominate and there’s no compromise.

“If fans are going to celebrate that approach when they are taking Rangers to pieces, there has to be an acceptance it can backfire at times.

“For the record, I don’t think the selection was a mistake.

“You could argue Reo Hatate should have started and the manager should have gone with either Rogic or O’Riley and not both, but I’m not so sure.

“Had Celtic clicked, there wouldn’t have been a problem with the two of them playing.

The simple fact is it didn’t on the night and the deficiencies Postecoglou has spoken about and the work that still needs to be done was clearly evident during the match.” 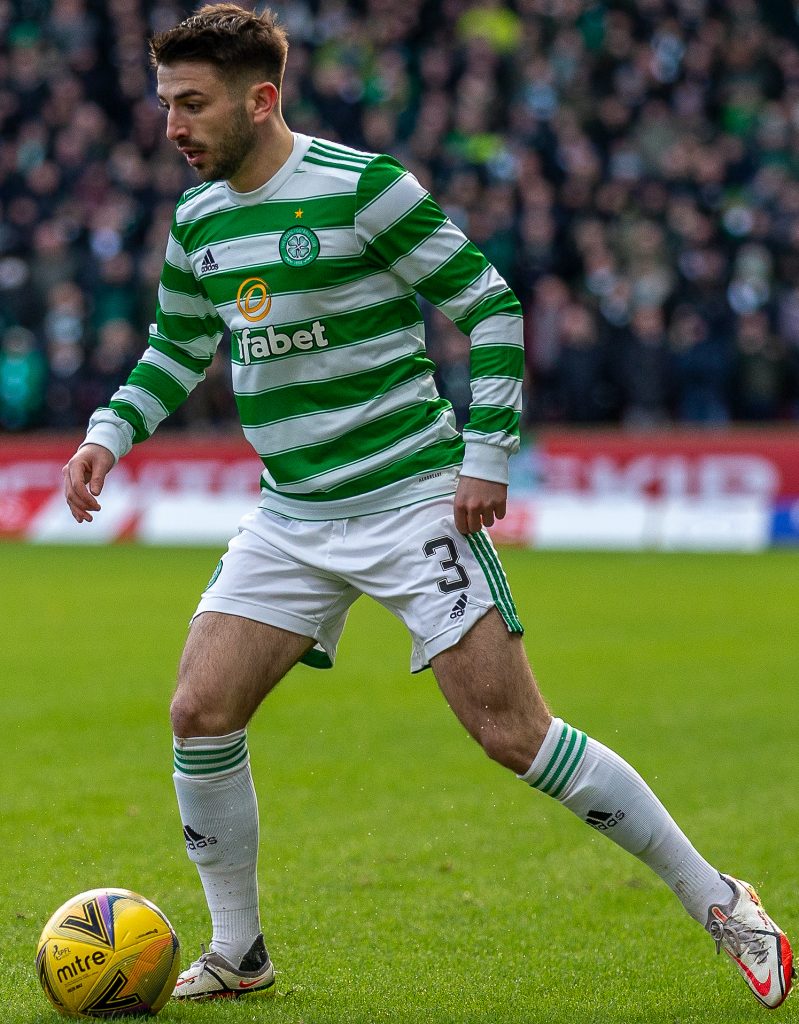 ON THE BALL – AND UNDER PRESSURE…Greg Taylor who struggled against Bodo/Glimt.

Sutton added: “No side lost more goals than Celtic in the group stage of the Europa League and the problems haven’t just disappeared.

“The backline needs to be boosted. I’m not trying to pick on an individual, but I have said for a long time that left-back is an area which needs addressed and Greg Taylor was given a torrid time against Bodo/Glimt. The ease in which he was passed for the away team’s second goal was worrying.

“But it’s not just one man. They didn’t defend properly as a unit. Just as was the case against Leverkusen, and Betis, and Ferencvcaros before that.

“Postecoglou just isn’t going to park the bus. He’s not made that way. His style is going to leave defenders exposed and that’s a price he’s willing to pay to be offensive.

“For that to work at the higher levels, he’s going to have to get better quality into the back four and improve them further.

“Postecoglou isn’t going to give it up heading out to Norway next week. The tie can be salvaged, but it’s a long shot on Thursday’s evidence.

“He’s stayed realistic recently. He knows that improvements need to be made. He doesn’t hide from it and didn’t say anything different when his team took over at the top of the table.

“Europe might be disappearing this term but the fact Celtic are leading the Premiership with 12 games to go and already have a piece of silverware in the cabinet tells you the manager’s approach is, in the main part, working out so far.

“It is not a time for any Celtic fan to doubt it or decry it. For it to succeed at the higher levels, it is going to need more work and more good recruitment.”