CHRIS SUTTON has hailed Christopher Jullien for a “coming of age” performance in the 2-0 victory over Steven Gerrard’s team at Ibrox yesterday.

The towering centre-half, Celtic’s most expensive defender at the £7million fee Neil Lennon forked out to Toulouse in the summer, was literally head and shoulders above the opposition on this occasion.

Jullien has take some stick since arriving at Parkhead with many critics claiming he was over-priced.

The Frenchman rammed their words down their throats with a near-flawless performance in Govan as he repelled air raids with a commanding presence in the middle of the makeshift Hoops rearguard.

The back four that completed the triumph were all making their debut in the Glasgow derby fixture and had NEVER played alongside each other before.

Moritz Bauer, who only joined the club on a season-long loan deal from Stoke City a couple of days beforehand, was thrown on at right-back with Nir Bitton, who had been excellent for 66 minutes, being forced off.

That meant Israeli Hatem Abd Elhamed moving into the middle alongside Jullien with Boli Bolingoli, who also answered some of the snipers, at left-back.

Remarkably, the Ibrox side only had two shots on target in a game that saw four minutes added on at the end of the first-half and six at the completion of the regulation 90 at the final whistle. 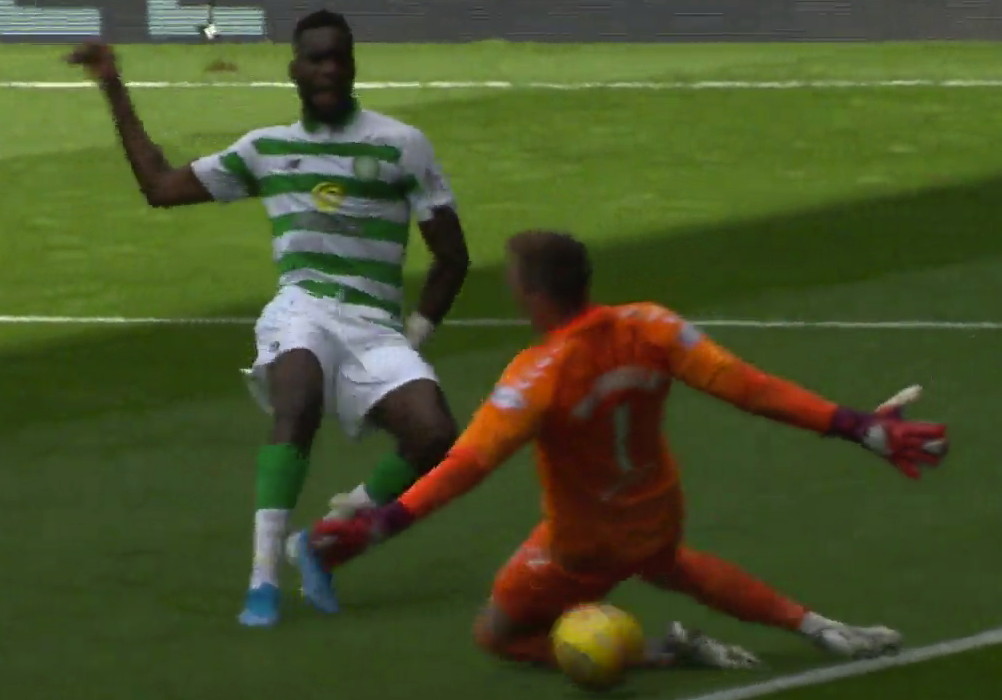 GOING IN – AND GOING DOWN…Odsonne Edouard slides in the opening goal beyond Allan McGregor.

Speaking to the Daily Record, he said: “You have to take your hat off to Neil Lennon’s side who have gone to Ibrox with a makeshift defence and still controlled the game.

“Celtic’s backline were well disciplined and drilled and they defended set-pieces expertly throughout the contest.

“That largely explains why Celtic won the match.

“When you consider that the team were playing with one natural centre-half, I thought Christopher Jullien really came of age in a Celtic shirt and there is no better game to do that than this.

“There was a lot of criticism of Jullien after his debut at Fir Park and people were making snap judgements on him, but he was totally dominant against Rangers.

“Yet when I saw the line-ups before kick-off I thought that Rangers would have exposed Celtic’s defence a lot more, but they didn’t.

“When you strip it all back Neil got his tactical game plan spot on.

“Let’s not forget all the pressure was on Celtic going into this match.

“Despite Celtic being a patched-up side they still won the game comfortably.”