CHRIS SUTTON has sifted through the wreckage of Celtic’s dreadful season and sees a squad bereft of leadership.

The Hoops flopped to their fourth defeat of the season to Steven Gerrard’s side at Ibrox yesterday as they folded to a 4-1 loss. Their only consolation has been a 1-1 draw at Parkhead when the title had long since gone.

Former goal hero Sutton reckons the club now need to be revamped from top to bottom with a Martin O’Neill-type of manager coming in to rid the club of the second-best tag.

But he warns it is unlikely to be an overnight transformation and could take time.

Sutton said: “It can only be hoped Celtic have Eddie Howe tied down to take over as manager.

“Otherwise, he might be having second thoughts after watching another embarrassment against Rangers.

“It’s easy to imagine what was going through his head after watching Celtic crumble at Ibrox.

“The fact there was a rebuilding mission on the cards would be well known. But the scale of it might just be coming to light. 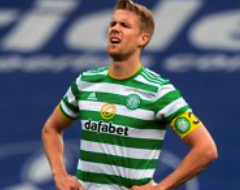 IBROX WOE…Kristoffer Ajer looks on in dismay as Celtic fold.

“I look through that Celtic side and I wonder what will be left.

“Rangers are absolutely miles in front. I know how red cards can sometimes put a different slant on these games and Celtic created chances yet again.

“But there is no escaping the brutal truth for Celtic right now. They are second best all over the pitch.”

Sutton, who was O’Neill’s first buy for the Hoops in the summer of 2000 when he arrived in a £6million switch from Chelsea, continued: “The sad thing about it was that it wasn’t a surprise. We’ve seen Celtic play some neat stuff in this fixture then fold at the first sign of trouble.

“By the end it was a stuffing and maybe it was a good thing. Perhaps it will just underline in bold pen just how far the club has fallen and just how much work is going to be needed to get them back to a standard again.

“Dominic McKay was in the stands at Ibrox and he, too, must be taking a deep breath at the prospect of what’s in front of him.

“He’s been drafted in to do sponsorship and media deals – and to flog season tickets.

“Good luck with that one. If he’s not got the manager and director of football lined up pronto, then he’s got a job on his hands convincing fans to part with their money again. 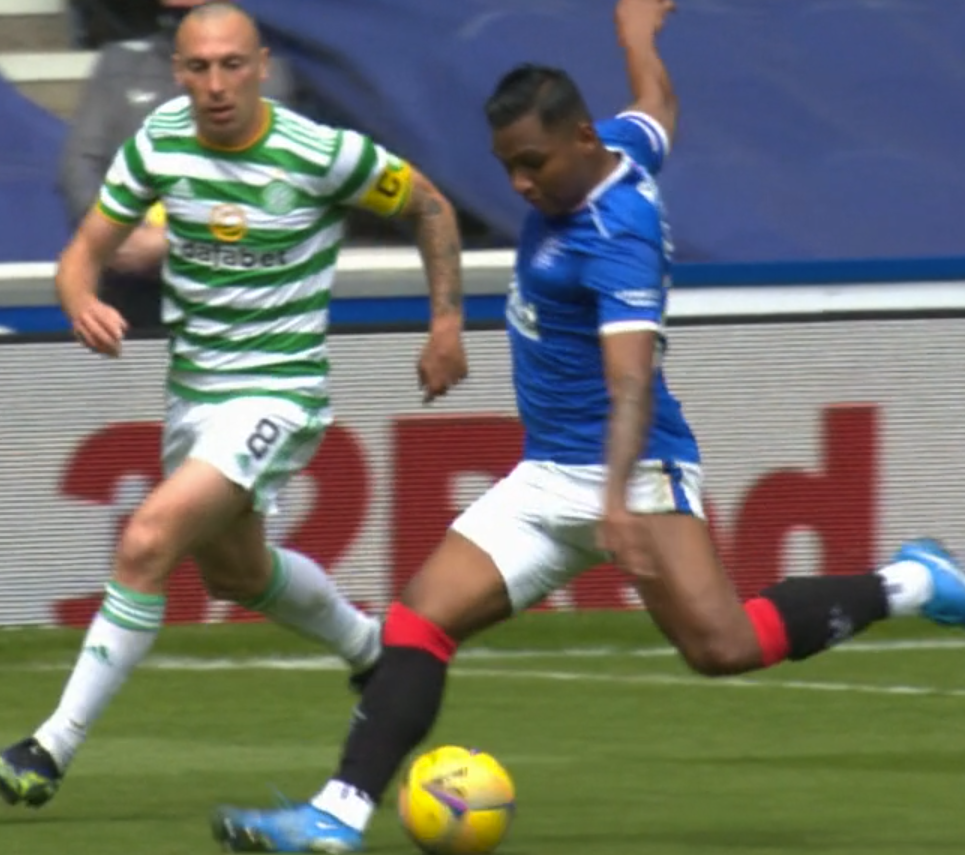 “It simply wasn’t good enough in a disastrous season. The opening goal and red card was a huge moment and while it was a great finish from Kemar Roofe, it was a horrendous goal to lose.

“I’ve talked up Callum McGregor for long enough and rightly so. But he’s been below par this season and his second yellow was just plain daft.

“The first booking was harsh, but the second one was asking for it.”

Sutton, speaking to the Daily Record, added: “Again it was the same old problems, though. This Celtic side is defensively weak. I saw Kris Ajer ducking out of the way and immediately wondered what Bobo Balde and Johan Mjallby would have said in our side.

“Ajer is a wonderful player building out with the ball, but all this talk about AC Milan is all well and good – you need to be able to defend.

“That wasn’t good enough, but he wasn’t alone. The full-backs fell short, Stephen Welsh could go on to be a decent player for the club, but there’s too much on his shoulders for now.

“I felt for Scott Brown. It was a sad end in the derby for him, but I still think he will be a big miss for this squad. There’s a real lack of leaders and that will be the first thing Howe – or whoever – needs to address.

“It’s actually hard to see what is going to be left. I like David Turnbull and James Forrest showed how much of a miss he was in a couple of moments at Ibrox.

“But after that? Not much.

DOWN IN THE DUMPS…David Turnbull lies on the Ibrox turf after passing up a glorious opportunity.

“Celtic have failed to beat Rangers in a season for the first time since 1999/00 and there are some parallels. When Martin O’Neill came in the club had finished 21 points behind Rangers and it was a massive task to get competitive again.

“The difference is we had Henrik Larsson. This side has precious little left. The sauntering Odsonne Edouard of now is a totally different character to the powerhouse of previous seasons.

“He’s likely to be away anyway, but his value will have dropped like a stone this season.

“Celtic need an O’Neill-type figure to revitalise the entire place.

“He quickly signed guys like myself, Joos Valgaeren and Alan Thompson, then added the likess of Neil Lennon, John Hartson and Didier Agathe.

“He inherited good players, but it needed a vision. Mjallby was a midfielder, Stan Petrov was a chubby right-back, Lubo Moravcik was 35 and it could have gone either way.

“I don’t see those types of players on the books at Celtic right now – but a new manager could breathe fresh life.

“Celtic can no longer hang about. There are 11 weeks until the European qualifiers and the clock is ticking.

“Fans might need to accept next season is already beyond them. The new manager will need time even if it’s a precious commodity in Glasgow.”