FORMER Celtic striker Simon Donnelly has expressed surprise Neil Lennon was not allowed to put in his own backroom team.

There had been talk there could be a reshuffle to the management set-up when Damian Duff quit to move to the Republic of Ireland international scene alongside ex-Dunfermline gaffer Stephen Kenny.

No.2 John Kennedy was also linked with the vacant Hibs job following the sacking of Paul Heckingbottom in November 2019 before Jack Ross got the position.

In the midst of the switches, the name of Johan Mjallby, Lennon’s former assistant first-time around, was mentioned a few times, but, obviously, a return for the big Swede, a former fans’ favourite, never materialised.

Gavin Strachan arrived to take the post of Duff, who has since left the international set-up.

There have been rumblings in the background that all is not well on the touchline and former Scotland international Donnelly, speaking to Go Radio, said: “If you’re talking about the backroom team, for me I was surprised when Lenny didn’t get the opportunity to bring his own guys in.

“Whether that’s had a bearing on this season, who knows?

“But definitely from that point of going out of Europe to the turn of the year, until the last three games the form has not been there for whatever reason.” 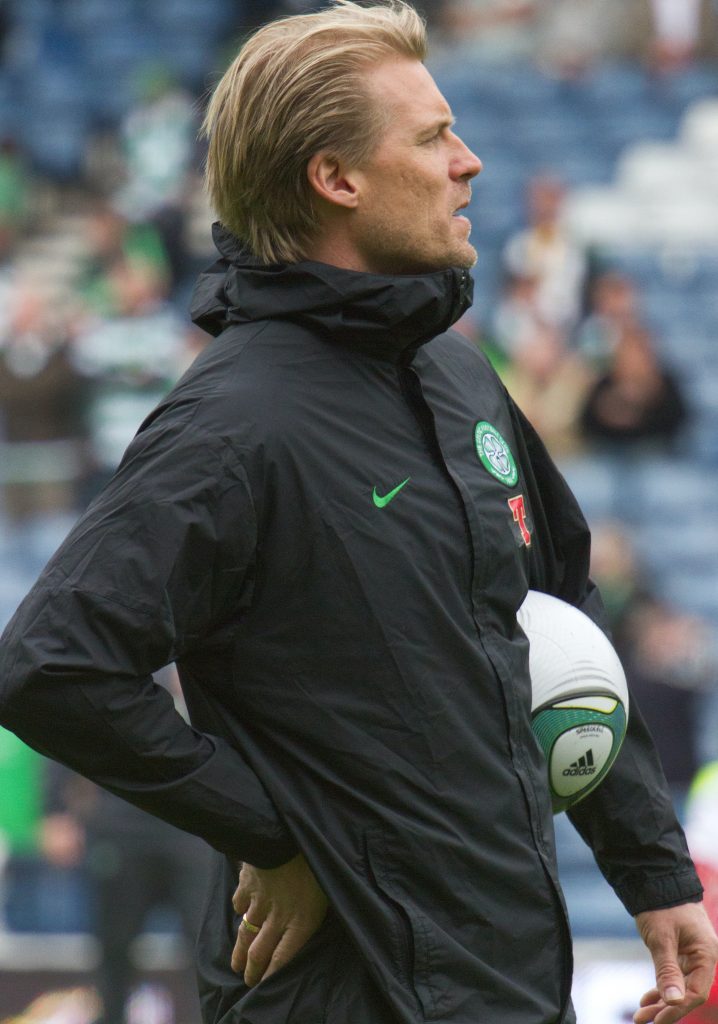 LENNY’S ALLY…Johan Mjallby on the touchline in his stint as Celtic assistant to Neil Lennon.

There has been a dramatic upsurge in the form of the faltering champions with two 4-0 wins at Kilmarnock and St Mirren and a 2-1 success over Motherwell at Parkhead while there have been suggestions the Hoops are playing better now the pressure of going for the historic tenth successive title is off, but Donnelly does not agree with that that line of thinking.

Donnelly, who played a key role in Wim Jansen’s side that stopped Rangers’ quest for 10 in 1998, added: “It’s more head scratching after watching the last few performances because these are the same players who have played throughout the season, with the exceptions of maybe Olivier Ntcham and Christopher Jullien.

“It’s the same squad and it’s baffling to watch them perform so well.

“People have said: ‘Aah well the pressure is off’.

“That might be the case in terms of the title race, but there’s always pressure playing for Celtic, no matter what.

“You could be playing in the park for Celtic and there’s pressure.

Lennon takes his team to Perth on Sunday for the High Noon showdown with St Johnstone. The Hoops struggled at McDiarmid Park earlier in the campaign until substitutes Leigh Griffiths and Patryk Klimala netted in the fading minutes.