Celtic Quick News on News Now
You are at:Home»Latest News»‘SWEDE DREAMS – BUT NO TIME TO CELEBRATE,’ LUSTIG
By CQN Magazine on 15th November 2017 Latest News

MIKAEL LUSTIG revealed he had little time to go overboard in the aftermath of Sweden’s memorable World Cup play-off victory over Italy.

The Celtic right-back and his team-mates forced a goalless draw in the San Siro in Milan to go through to Russia next summer on a 1-0 aggregate.

Lustig, who missed the first leg through suspension, said: “It was a brilliant feeling when the referee blew for the end of the game.

“But there was no time for me to celebrate because we are away at Ross County on Saturday, so I need to recover. 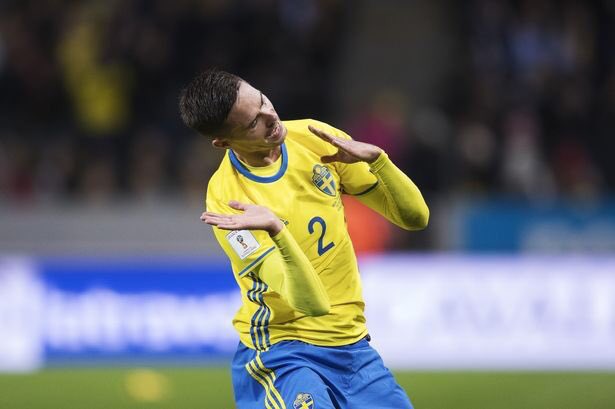 “When the board went up for five minutes of injury-time, it was a surreal moment.

“There are so many feelings going through your head and you do not know where to go or what to do.”

Lustig, though, was angry at the start when the home fans booed before the kick-off as the teams lined up.

The defender added: “When it’s the national anthem of a country, you must show respect and they did not.”

Sweden have defied the odds in getting past Italy to reach the World Cup Finals next summer in Russia and there will be a few quid placed on them on places like cherryrush.com to do well in the group stages.

The Swedes, although outsiders, could end up as one of the better European sides in Russia.