CELTIC have endured travel sickness this season with an all-time low coming against Barcelona in the 7-0 thrashing in the Nou Camp.

And the European campaign hardly got off to the best of starts with a 1-0 defeat from part-time Lincoln Red Imps in Gibraltar.
The Hoops have enjoyed some rollicking rollercoaster moments during their away days in European competition over the years. We have already featured some of the highs on CQN this more (see HERE)…and, unfortunately, there have been some lows. Grim reading alert ahead…
CELTIC’S TEN TO FORGET
1. BOBBY CARROLL scored Celtic’s first two goals in European competition against holders Valencia in the now-defunct Fairs Cup first round in season 1962/63. Unfortunately, the Spanish cracks won 4-2 in the first leg on home soil. The return leg at Parkhead finished 2-2.
2. JOHN FALLON experienced a nightmare in the Hungarian capital as MTK Budapest hammered four goals past him to overturn Celtic’s first leg 3-0 win in the 1965/66 Cup-Winners’ Cup semi-final. Goals from Stevie Chalmers (2) and Jimmy Johnstone looked to have done the trick in Glasgow..
3. RONNIE SIMPSON, legendary goalkeeper of the Lisbon Lions, made his Celtic debut in a 3-1 Fairs Cup defeat against Barcelona in the Nou Camp on November 18, 1964. The second leg ended 1-1. At least, the veteran shotstopper fared a lot better than future Hoops keepers Fraser Forster and Dorus de Vries who conceded THIRTEEN goals between them in two ties against the Spaniards!
4. BOBBY LENNOX was adjudged to have been offside when he scored a last-minute goal against Liverpool at Anfield which would have tied the 1966 Cup-Winners’ Cup semi-final at 2-2. Belgian ref Jozef Hannet ruled it out and later admitted he had made a mistake when he saw the replay on TV. Lennox also scored in the Hoops’ 1-0 win in the first leg in Glasgow.
5. EUSEBIO led a remarkable Benfica comeback as Celtic surrendered a 3-0 first leg advantage in the European Cup in Lisbon on November 26, 1969. Jock Stein’s team hung on through extra-time and skipper Billy McNeill called it right on the toss of the coin, the tie-breaker before penalty-kicks were introduced.
6. TOMMY GEMMELL blitzed in his second goal in a European Cup Final when he netted against Feyenoord to give Celtic the lead in the San Siro Stadium in Milan in May 1970. It wasn’t to be a memorable evening, though, for the dashing defender and his team-mates – the Dutch equalised shortly afterwards through Rinus Israel and, with only two minutes of extra-time remaining, Ove Kindvall scored the winner.
7. JOHAN CRUYFF and Co piled on the misery in Amsterdam as Ajax completed a Dutch double over Stein’s men in the European Cup quarter-final in 1971. It was heading for a goalless first leg until the masterful Cruyff hit one past Evan Williams and Barry Hulshoff and Piet Kiezer added two goals in the fading moments. Jimmy Johnstone scored the only goal in Glasgow, but it wasn’t enough.
8. KENNY DALGLISH set up the Hoops for an intriguing encounter against Hungarian champions Ujpest Dozsa after scoring twice in his side’s 2-1 European Cup second round win at Parkhead in November 1972. The roof fell in on King Kenny and his colleagues as their rivals won 3-0 in the return.
9. LIAM BRADY was in charge of Celtic for only his second away European tie when Neuchatel Xamax ran amok in Switzerland for an unbelievable 5-1 win in a UEFA Cup-tie on October 22, 1990. Defender Brian O’Neil got the consolation goal. Charlie Nicholas missed a first-minute penalty-kick in the second leg in Glasgow where Joe Miller got the only goal of the game.
10. GORDON STRACHAN will never forget his first competitive game in charge of the Hoops as they nosedived to an embarrassing 5-0 mauling from little-known Artmedia Bratislavia in the Champions League qualifier in Slovakia at the start of the 2005/06 season. The Hoops won 4-0 in the return, but couldn’t force the game into extra-time and were banished to European oblivion in the new manager’s first season. 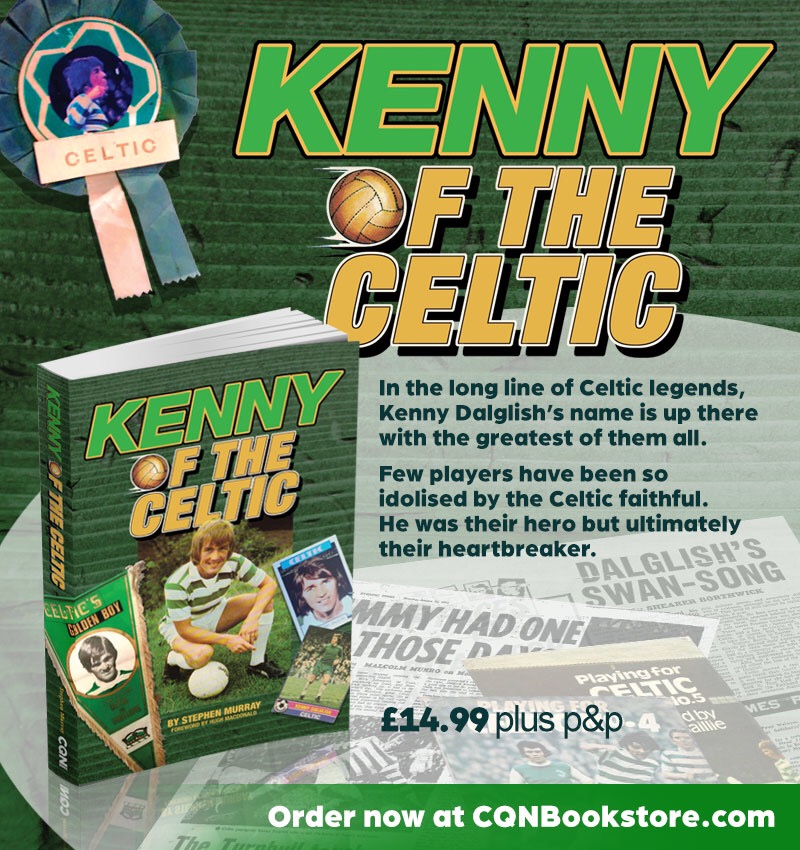