CELTIC could use the old pals’ act as they check out reports on Carlisle United teenage centre-back Jarrad Branthwaite.

They could turn to former defender and skipper Steven Pressley, who spent two seasons at the Hoops after Gordon Strachan brought him to the club in December 2006 following his release from Hearts.

It was the ex-Scotland international centre-half who introduced the player to the English League Two side’ first team during his spell in the charge of the Brunden Park outfit. 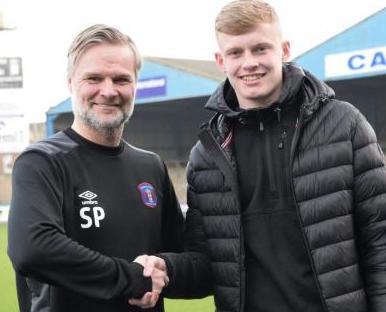 Branthwaite only broke into the starting XI last month and has made six consecutive appearances.

The 17-year-old also appeared on the substitute’s bench eight times for Pressley, who was sacked by the strugglers earlier this month.

The strapping back-four operator has made six appearances in all competitions this season, four in League Two, one in the EFL Trophy and one in the FA Cup.

Aston Villa have also received encouraging reports on the rising starlet and there has been talk of manager Dean Smith’s side making a move in the January transfer window.