Celtic Quick News on News Now
You are at:Home»Latest News»‘TEN AND OUT’ – BROONY’S MIND GAMES
By CQN Magazine on 10th April 2018 Latest News

SCOTT BROWN believes Sevco Rangers’ downfall against 10-man Celtic at Ibrox last month will give the holders the advantage as they prepare for Sunday’s Scottish Cup semi-final at Hampden.

The Hoops skipper is already playing mind games with the Ibrox side following the champions’ 3-2 victory in Govan after Jozo Simunovic had been red-carded with over half-an-hour still to play.

Brown also reminded the weekend opponents they have lost seven of the previous nine Glasgow derbies with the remaining two ending in draws.

He said: “Will it still be in their heads? It probably will be. Also, us turning up with 11 men and going to Hampden. We’ve had great games there recently. We’ve played well. We are going into the match on good form.

“At Ibrox, it was always going to be hard going down to 10 men, especially after 60 minutes, but we had a game plan and stuck to it.

“Most of the time if you stick to your game plan and everyone works together, then nine times out of 10 you can pull it off.

“Luckily enough big Odsonne Edouard turned up with an absolute worldie of a goal to win it. We defended better with 10 men because we knew we had to focus on not having the ball as much as we would have liked.” 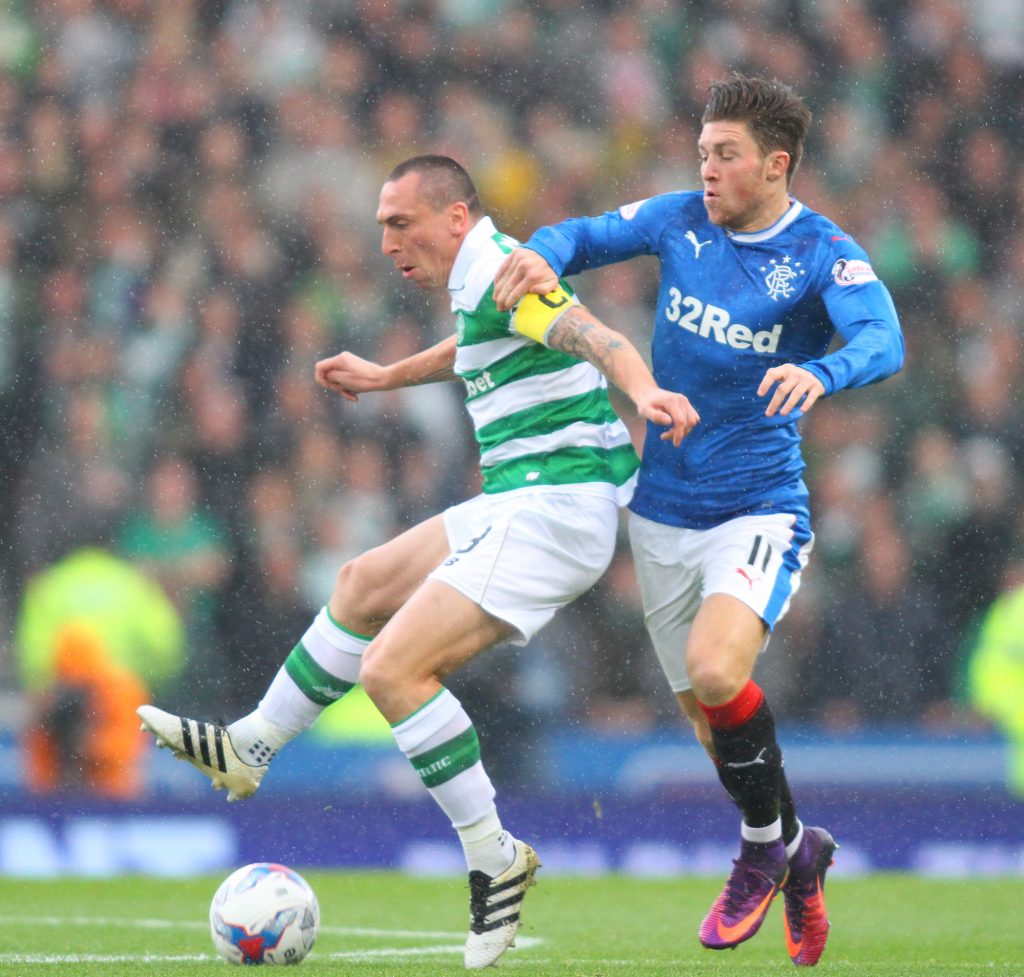 Graeme Murty’s men had made a lot of noise before the visit of Brendan Rodgers’ outfit, but were derailed in that one and followed up by losing 1-0 at home to Kilmarnock and then dropping two more points in the 2-2 draw at Motherwell.

Brown added: “Yes, it must be hard for them. On the other hand, it has pushed us on a bit.

“We drew 0-0 at home to Dundee last midweek, but had 26 shots – 10 on target. All we needed was one in the net. It shows we still have the hunger and passion to go for it.”