Celtic Quick News on News Now
You are at:Home»In Pictures»TEN FOR STARTERS: WORDS AND IMAGES OF THE SEASON: FEBRUARY (Part Two)
By CQN Magazine on 7th April 2020 In Pictures

CELTIC’S eyes were on the prize as they faced three crucial Premiership confrontations against Hearts and Kilmarnock at Parkhead and Aberdeen at Pittodrie as they zeroed in on their ninth successive title.

Rivals were beginning to falter under the pressure of maintaining a consistent challenge for a championship, but the Hoops, as experienced campaigners, didn’t even come close to a stumble as they fired in ten goals in the outings – a 5-0 win over the troubled Edinburgh side, two against Derek McInnes’ battlers with Kristoffer Ajer lofting in the late winner and three against the Rugby Park side after gifting them a goal of a start in the 3-1 triumph.

On the evening of the February 12 in the east end of Glasgow, the title kings eased 10 points clear as they trounced the Tynecastle men as Steven Gerrard’s side collapsed to a 2-1 loss to Kilmarnock at Rugby Park. Goals from Olivier Ntcham, Christopher Jullien, Callum McGregor, Ryan Christie and Jozo Simunovic dished out capital punishment for the top-flight strugglers.

GREEN FOR GO…Celtic players go through the huddle routine before the five-goal thrashing of Hearts.

In the north east, McGregor lashed the visitors into a 10th-minute advantage against the Dons who came back to deservedly level through Ash Taylor before the half-hour mark. However, Ajer raced about 60 yards to claim the winning goal nine minutes from time.

And the green-and-white juggernaut kept on track on February 23 with a 3-1 win over Alex Dyer’s Ayrshire visitors, despite going a goal behind in the sixth minute when Eamonn Brophy slotted a controversial penalty-kick beyond Fraser Forster.

Neil Lennon’s men responded with an equaliser from man-of-the-moment Ajer and Odsonne Edouard, with his 26th strike of the campaign, put the home side ahead before Leigh Griffiths tucked away the third. The side’s nearest challengers drew 2-2 with St Johnstone in Perth to drop 12 points off the pace.

Celtic were arrowing in on a record-equalling ninth successive title. Who – or what – could stop them?

CQN‘s award-winning snappers covered the action. Here is the pick of the pics. 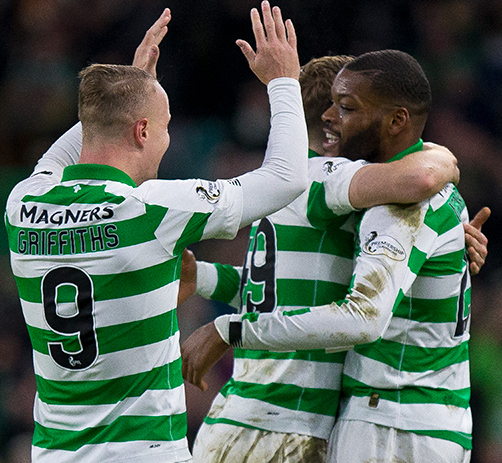 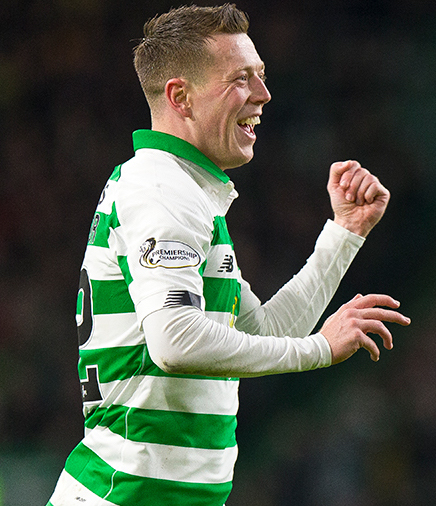 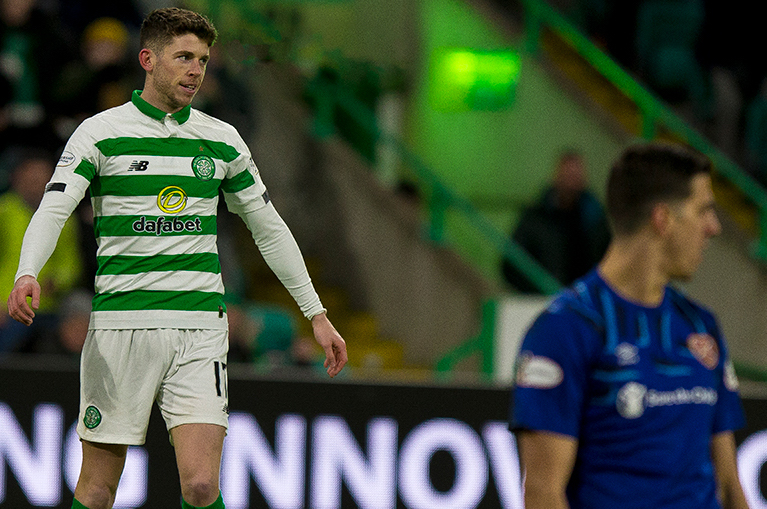 A STAND-UP SUCCESS…Ryan Christie looks cool after hitting the fourth goal while the beaten Joel Pereira sits this one out. 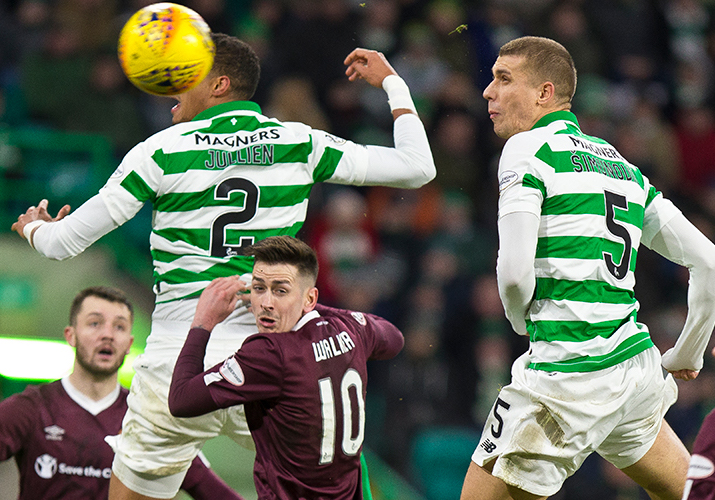 HEADS I WIN…Jozo Simunovic rises behind team-mate Christopher Jullien to nod in No.5 against Hearts. 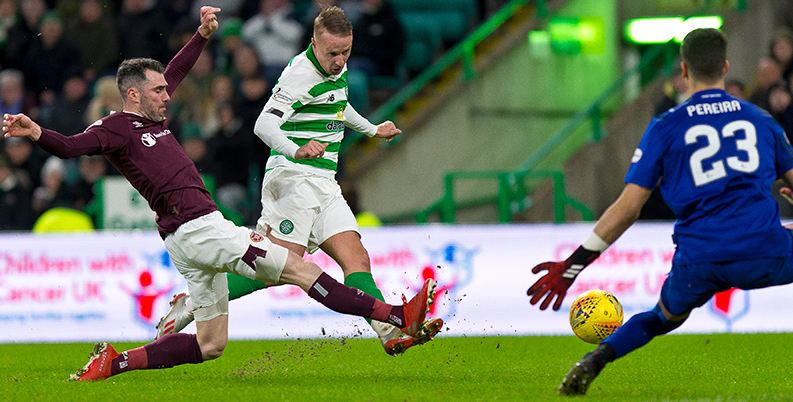 OFF TARGET…Leigh Griffiths swoops onto the ball, but his flashing drive zips into the side-netting. 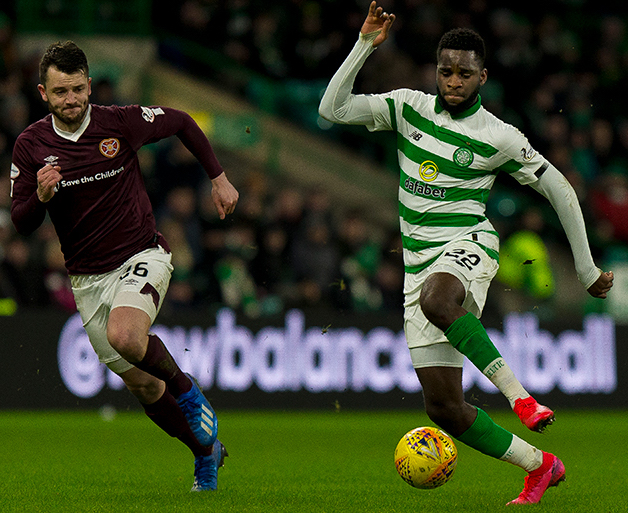 TWIST AND SHOUT…Odsonne Edouard puts the pressue on the struggling Craig Halkett. 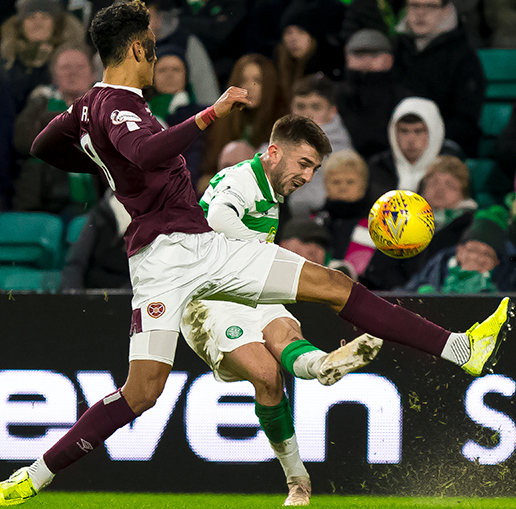 WING AND A PRAYER…Greg Taylor fires over a cross with Sean Clare too late to intervene. 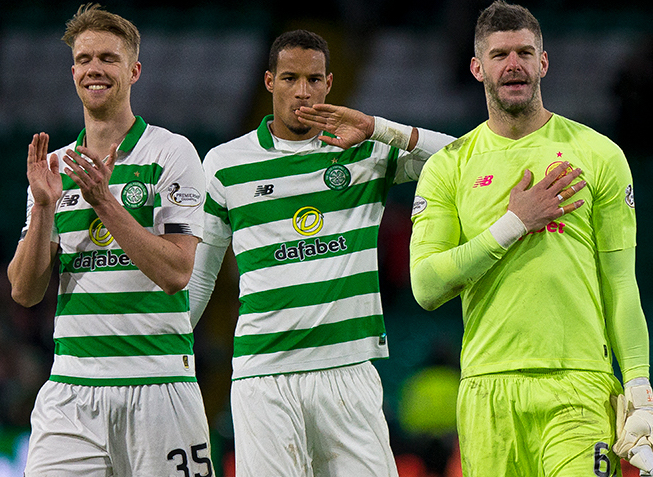 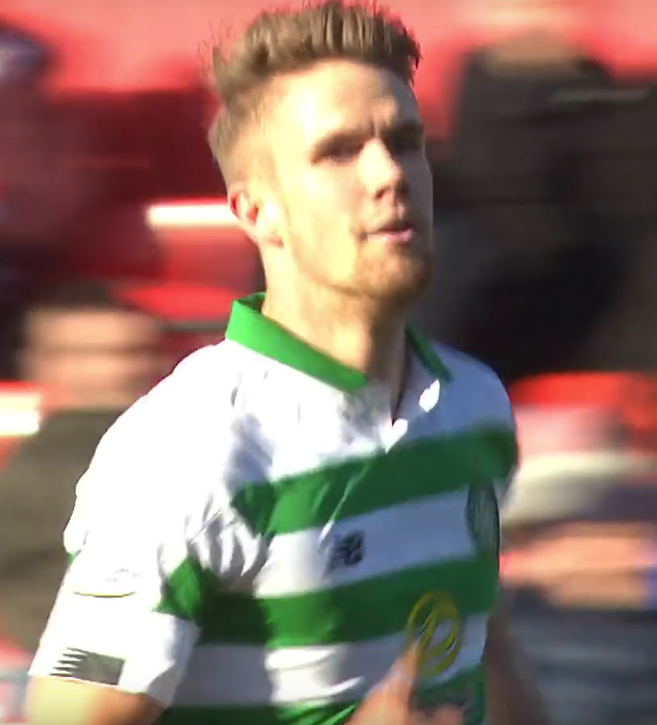 NORSE WAY…Kristoffer Ajer races away after netting the winner against Aberdeen at Pittodrie. 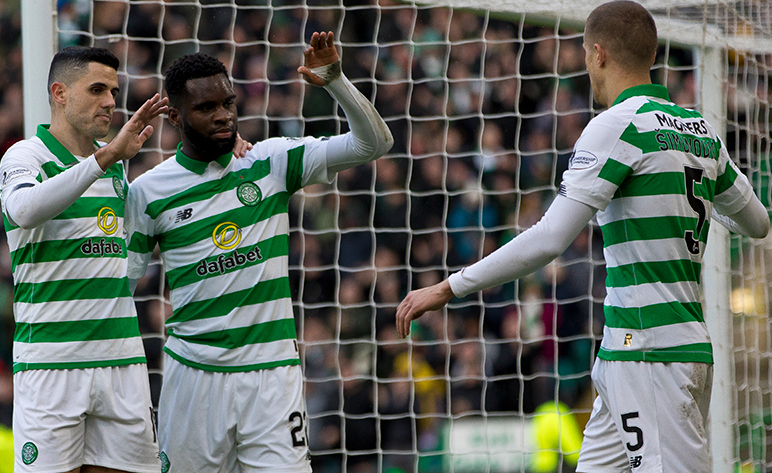 THREE CHEERS…Tom Rogic and Odsonne Edouard congratulate Jozo Simunovic after he had set up the opening goal for Kristoffer Ajer in the 3-1 win over Kilmarnock. 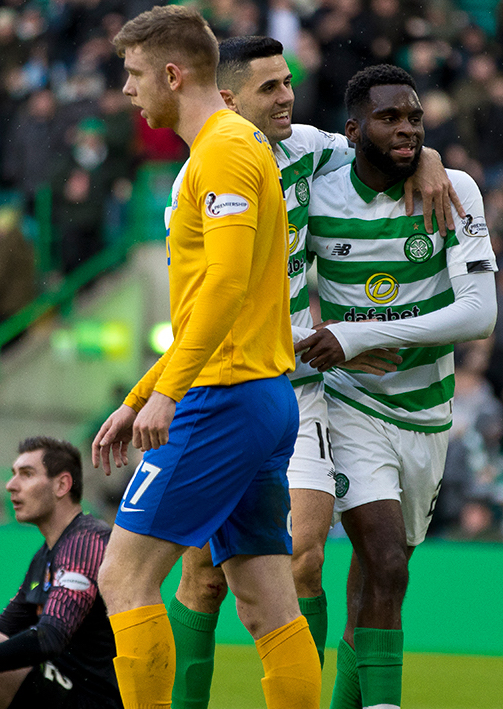 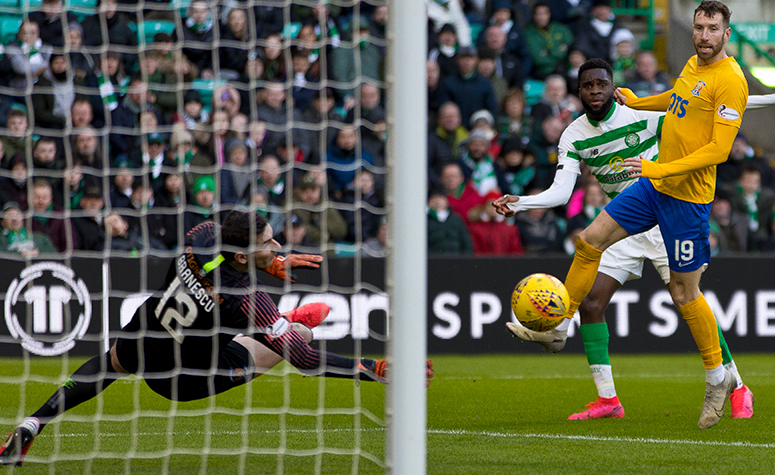 FRENCH DISCONNECTION…Odsonne Edouard is wide of the mark on this occasion. 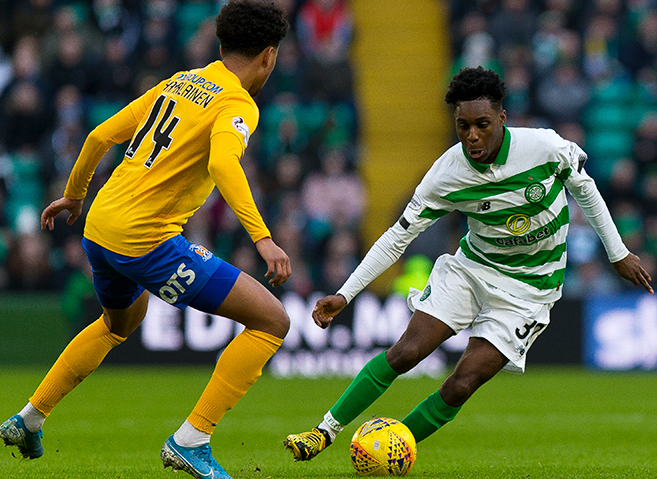 ON THE RUN…Jeremie Frimpong races into attack. 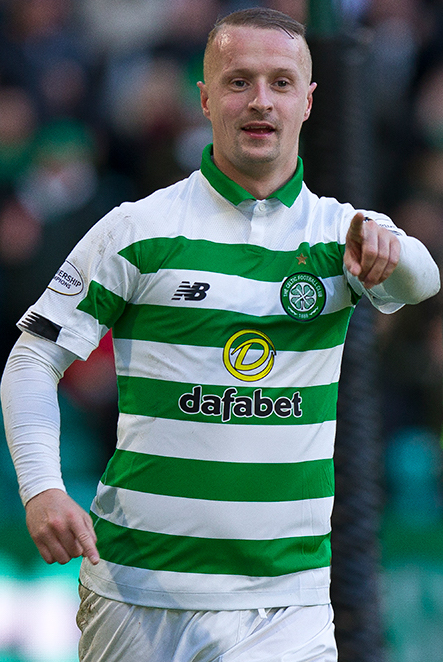