Celtic Quick News on News Now
You are at:Home»Lions & Legends»TEN MEN WON THE TITLE: AN UNFORGETTABLE NIGHT IN PARADISE
By CQN Magazine on 21st May 2020 Lions & Legends

FORTY-ONE years ago today, Celtic staged the most remarkable comeback to claim the title in a phenomenal finale against old foes Rangers at Parkhead.

With the legendary Billy McNeill in charge in his debut season, the Hoops, with only ten men, fought against all the odds to be crowned champions.

CQN goes back in time with EXCLUSIVE edited extracts from Alex Gordon’s book, ‘CELTIC: The Awakening’, which was published in 2013.

JOCK STEIN would have been proud of Billy McNeill who did his best to ease the tension. ‘I didn’t expect us to be in this challenging position and I still say if we make it to Europe next season we will have done very well all things considered.’

That was for public consumption, inside the dressing room was a different matter. Murdo MacLeod said, ‘He wanted that title, you can be sure of that. All season he had driven us towards it.’

Rangers had been relentless in their pursuit. The situation for McNeill’s team was clear cut; a triumph would take the Premier League championship to Parkhead. A win or a draw would suit Rangers who still had two more games to play against Partick Thistle and Hibs. That being the case, Celtic, in McNeill’s return, would have to settle for second best. McNeill was never comfortable with that mantle. 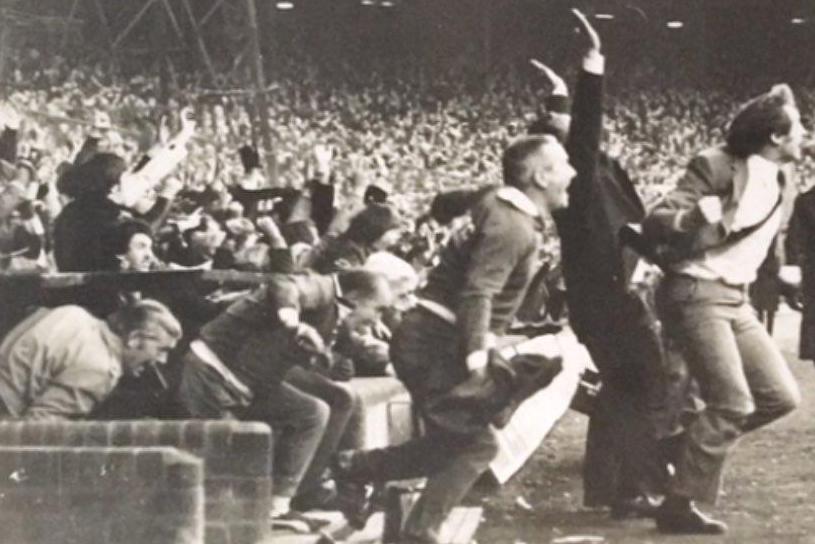 CHAMPIONS…Billy McNeill leads his backroom staff out of the dug-out to celebrate a memorable triumph as the final whistle sounds. 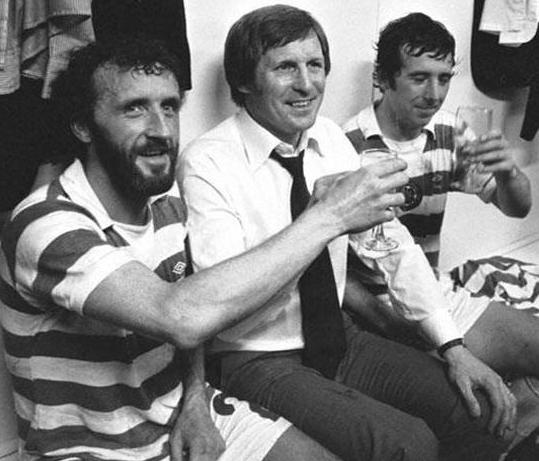 THREE CHEERS…Billy McNeill, flanked by skipper Danny McGrain and Andy Lynch, has a glass of champagne to celebrate.

‘On this occasion, I just wanted to remind the players what we had all been through to get the club into this position. We were ninety minutes away from winning the league.

‘I reminded them, “And listen to that crowd. That’s your fans out there. They’re worth a goal of a start.” I sensed a very determined mood in the camp.’

The hottest ticket in town was for Parkhead on the Monday evening of 21 May when football’s greatest and most ancient foes would lock horns. The scramble had been more frantic than ever with a union strike keeping TV cameras away from Parkhead. If you wanted to see this one, you had to be there. Only flickering images shot by a fan from the terracing still exist. 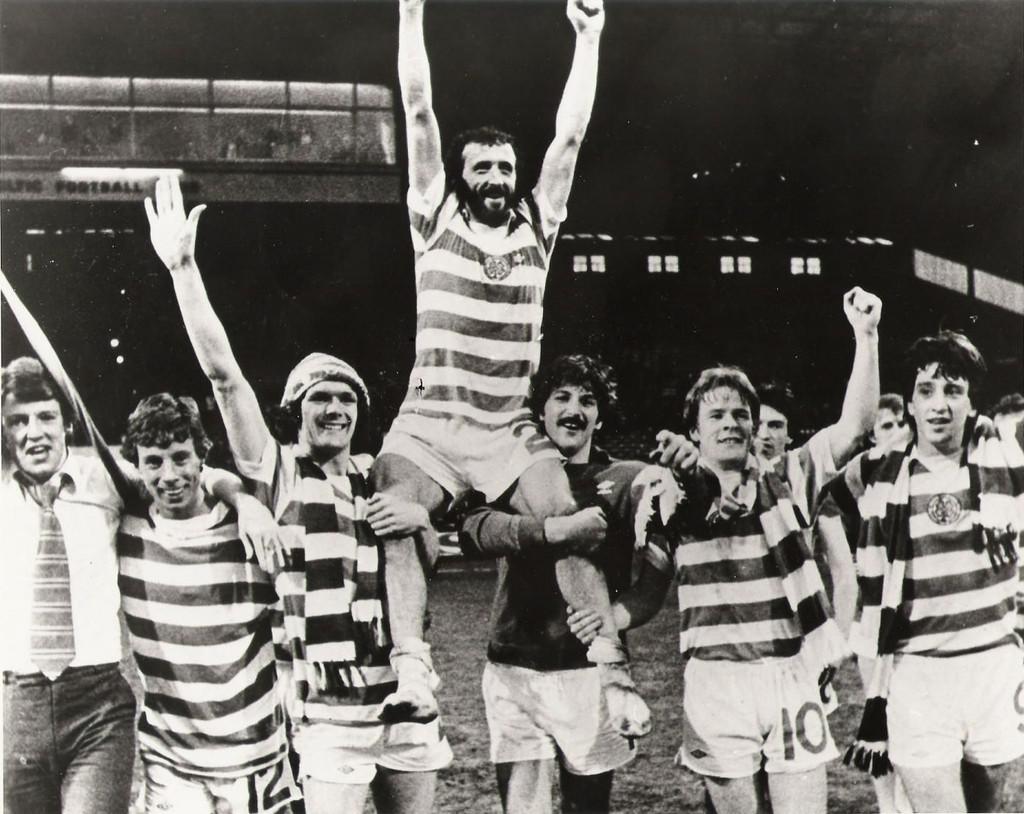 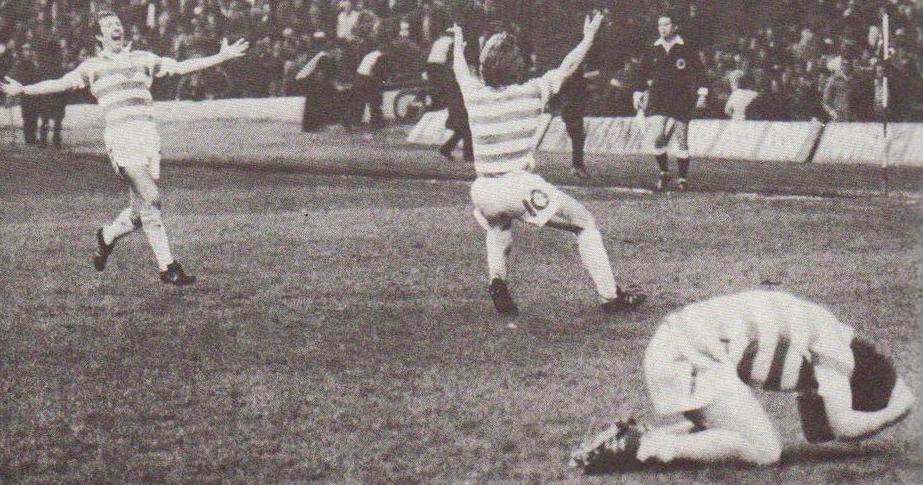 MIGHTY MURDO…it’s the title clincher and Murdo MacLeod celebrates as Davie Provan drops to his knees and Andy Lynch races to add his congratulations.

Breathtakingly, Celtic drew level midway through the half as Roy Aitken surged forward to belt one past Peter McCloy. In the 74th minute the roar that went up from the east end of Glasgow must have registered on the Richter Scale; Celtic were ahead. George McCluskey, wily and skilful, got through on the blindside to thump the ball low into the net. Two minutes later, it was 2-2 with Bobby Russell scrambling one past Latchford from close range.

This pulverising confrontation was going all the way to the wire. Rangers sat in, obviously more than satisfied to take a point. Celtic, driven on by McNeill from the touchline, had other ideas. Six minutes were left when McCluskey fired in a dangerous low effort from the wing.

It was an awkward one for McCloy to deal with. The towering keeper got down to parry the ball up and away where it struck the inrushing Colin Jackson. The defender could only look on in horror as the clearance bounced off him into the net. Cue bedlam on the terracings. Parkhead became a rhapsody in green and white. Could there possibly be anything left to witness in this no-holds barred, shuddering conflict? 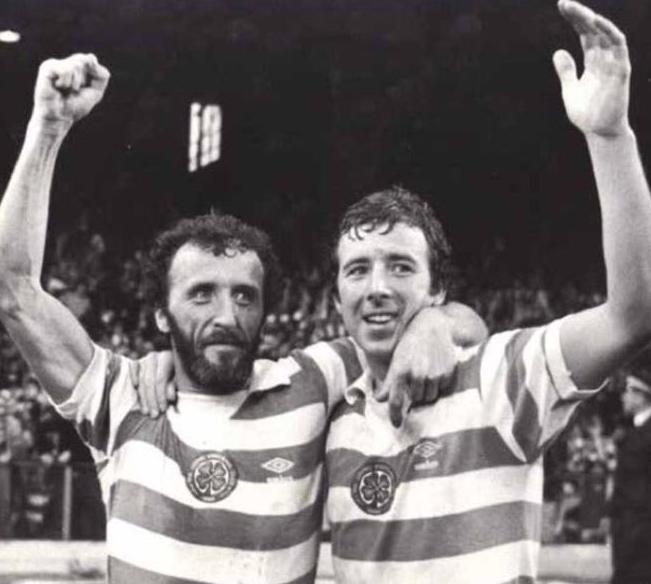 A jubilant Celtic crowd brought the house down with their frenzied celebrations, a wall of noise enveloping the stadium. No-one had a thought of dispersing until their heroes emerged for a lap of honour. ‘The boys deserved it,’ recalled McNeill. ‘It was simply fantastic. I have never seen a game like it. When George McCluskey scored to make it 2-1 for us, I just couldn’t believe it. Then they came right back. One minute you’re up there, the next you’re down here. 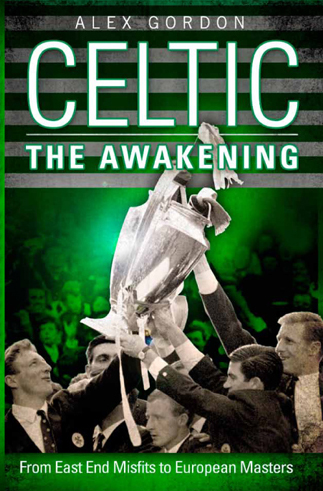 ‘My players would climb a mountain and then find there was another waiting for them. Our ten men did extraordinary things. To score four goals in just over half-an-hour with only ten men against Rangers was just incredible. Unbelievable.