Celtic Quick News on News Now
You are at:Home»Latest News»‘THANK YOU, CELTIC,’ FAREWELL FROM MUSONDA
By CQN Magazine on 17th May 2018 Latest News

CHARLY MUSONDA has confirmed he has returned to Chelsea with a year of his loan agreement with Celtic still to run.

The 21-year-old Belgian playmaker went back to the London outfit for treatment on a collarbone injury as rumours persisted the deal was about to be scrapped.

Musonda arrived in January, but, despite a cameo appearance when he set up Callum McGregor for the only goal against Zenit St Petersburg, he has failed to make an impact and made only three starts.

However, he took to social media to post a heartfelt farewell and paid tribute to Brendan Rodgers and his Parkhead team-mates. 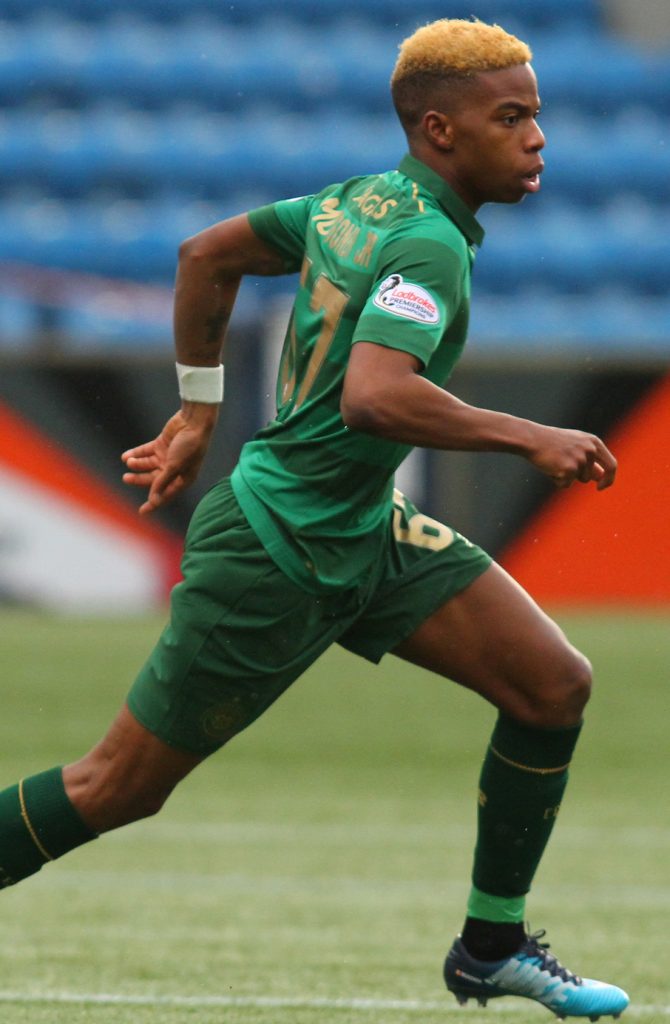 ON THE RUN…Charly Musonda is heading back to Chelsea. Pic: Geo.

He said: “I’d like to thank all of the Celtic family, spending the second half of the season in such a prestigious club with its incredible fans was an experience to cherish, to receive number 67 and have your incredible support, everywhere in Glasgow was amazing.

“I will never forget the noise of a European night at the Park, and to be a part of it and witness it first hand was an experience that’s made me more hungry for that stage, and that’s thanks to you, and the players that just won the league seven times in a row and hopefully a double Treble,

“I will be a supporter of Celtic forever, I’d like to thank Brendan Rodgers for giving me that opportunity and guidance every single day, as I continue on my quest.”