LEIGH GRIFFITHS thanked referee Willie Collum for not booking him after he left the field to celebrate his 40th goal of a prolific campaign.
The Celtic striker netted the opening goal in the Hoops’ mistake-riddled 2-1 defeat against St Johnstone and went to share a cuddle with his son Rhys, who was in the crowd at McDiarmid Park. 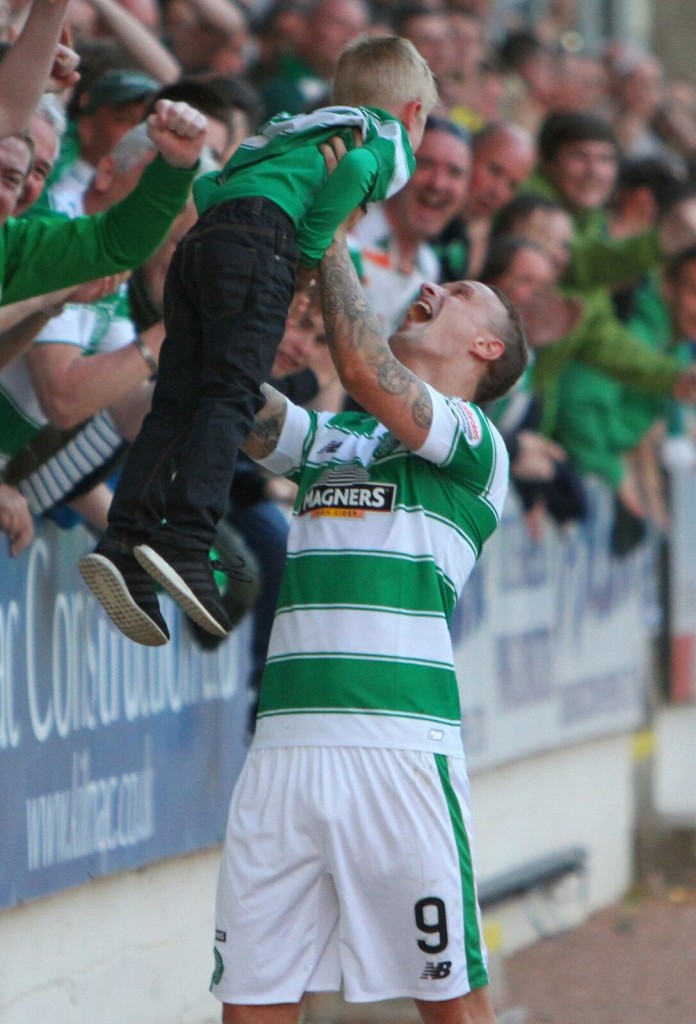 Griffiths, who is suspended for the season’s final league game against Motherwell on Sunday after picking up six cautions, scored eight minutes after the interval, but whistler Collum decided to keep his card in his pocket.

The international hitman said: “My other three kids were at home watching the game on television, but I had seen my son after the warm-up and went and gave him a kiss and a cuddle.

“I asked him how many I was going to score and he said two, but I said to him I will take one and he said okay and when I scored I gave him a cuddle.

“I didn’t go right into the crowd, I managed to stay away.

“He (Collum) said I am not going to book you, you brought your boy on to the ash, so I thank him for that because he could easily have booked me.

“I got booked at Hearts for nothing, so I am not going to thank that referee and he did my team (Hibs) out of a hand ball last night (against Falkirk in the Premiership play-off), but these things happen and if you speak to the refs nicely he will let you away with one or two things and Willie did that.”

The goal in Perth ensured Griffiths became the first Celtic player to score 40 in a single season since Henrik Larsson in 2004.

Other notable Hoops strikers to reach that total in one campaign include Kenny Dalglish, Brian McClair, Bobby Lennox and Charlie Nicholas.

Griffiths added: “To get mentioned in the same breath as these guys is something I have to cherish.

“There are strikers here who haven’t scored 40 goals and I have managed to do that now and my name will go down in the history books, as well.”