KIERAN TIERNEY hopes he isn’t captaining the side tomorrow night as that would mean club captain Scott Brown doesn’t make it. Brown is fighting against the clock to recover from the hamstring injury suffered in the 3-0 win over Anderlecht in the previous Champions League group stage match.

“That was my first Champions League win in the group stage and that’s massive,” Tierney told the official Celtic website today.

“I’d played in the Champions League and had set up a goal before but I just hadn’t got that win yet, which annoyed me, so to make it away from home as well was extra special because it’s a hard thing to do. 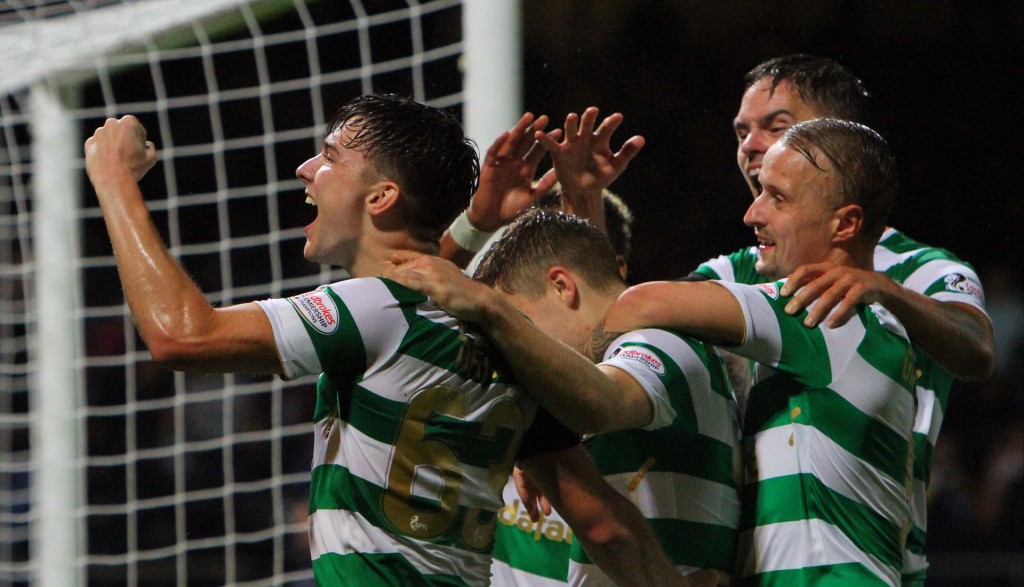 “I got an assist and we kept a clean sheet, and all-round it was a perfect performance from everyone. For that first goal there were about 28 passes leading up to it and the ball from Olivier was inch-perfect. It had nearly stopped by the time I got to it, so I was able to wrap my foot around it and find Griff running in at the far post.

“It’s always important to get the points on the board as early as you can. In the Champions League it’s hard for every team as there are no easy games.

“When you go away in the Champions League, a draw is not always a bad result in the group stages, so for us to go away and win in the way we did with three goals was brilliant, and it probably could have been more.”

Tierney captained the side for Saturday’s hard fought 1-0 win against Dundee at Celtic Park but with Scott Brown likely to start he will be more than happy to hand over the armband duties.