Celtic Quick News on News Now
You are at:Home»Latest News»‘THAT TAKES THE BISCUIT,’ DONS FANS HIT BACK IN CUP FINAL TICKET ROW
By CQN Magazine on 7th May 2017 Latest News

The suggestion is that the two clubs simply swap ends at Hampden.

Had Celtic lost the Sevco Rangers in the semi-final then the Dons supporters would have been allocated the traditional Celtic end at Hampden, which we know is smaller than the traditional Rangers end.

This shocking news was revealed by SFA Chief Executive Stewart Regan yesterday. Read about this HERE.

Tens of thousands of Celtic season ticket holders will miss out on the chance to see the team go for the Treble. Indeed there will be fewer Celtic supporters at the Final than were there to see the Bhoys defeat Sevco Rangers in the semi. 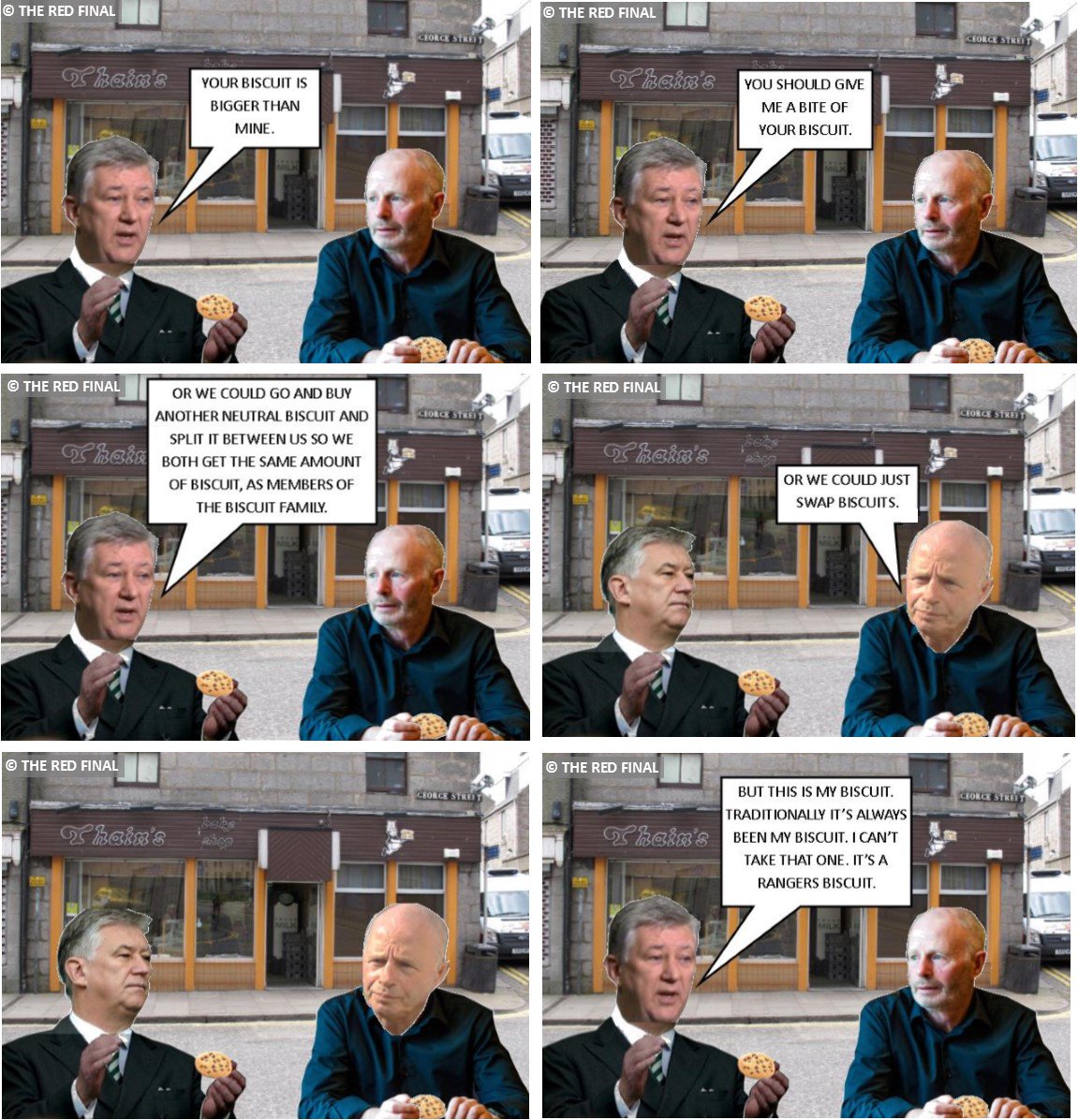