Celtic Quick News on News Now
You are at:Home»Latest News»‘THAT WAS A BIG LESSON FOR HIM,’ LENNY ON JULLIEN’S LIVI HELL
By CQN Magazine on 3rd March 2020 Latest News

CHRISTOPHER JULLIEN was battered and bruised when 10-man Celtic collapsed to a shocking 2-0 defeat against Livingston in West Lothian in October.

Ryan Christie was red-carded early in the first-half for an admittedly uncharacteristic challenge on defender Scott Robinson and it was all downhill for the champions after that.

Jullien and Kristoffer Ajer were rag-dolled by Livi’s robust and energetic Aussie frontman Lyndon Dykes who capped his powerhouse performance by lobbing in the killer second goal.

The £7million French defender was given a brutal introduction to some of what he could look forward to in his new career in Scotland – and manager Neil Lennon has been delighted with the way the towering former Toulouse stopper has responded.

The Irishman will have no hesitation in putting 26-year-old Jullien in at the heart of the Hoops rearguard against Gary Holt’s side tomorrow night on the same dodgy surface – and losing is not an option for a team with nine in a row in their sights.

Lennon, speaking to the Evening Times, said: “He bounced back really well from that day. It was something he wasn’t used to.

“He was obviously from a different football culture, but he learned from it and he’s embraced it now. He’s been absolutely superb for us this season domestically and in Europe. 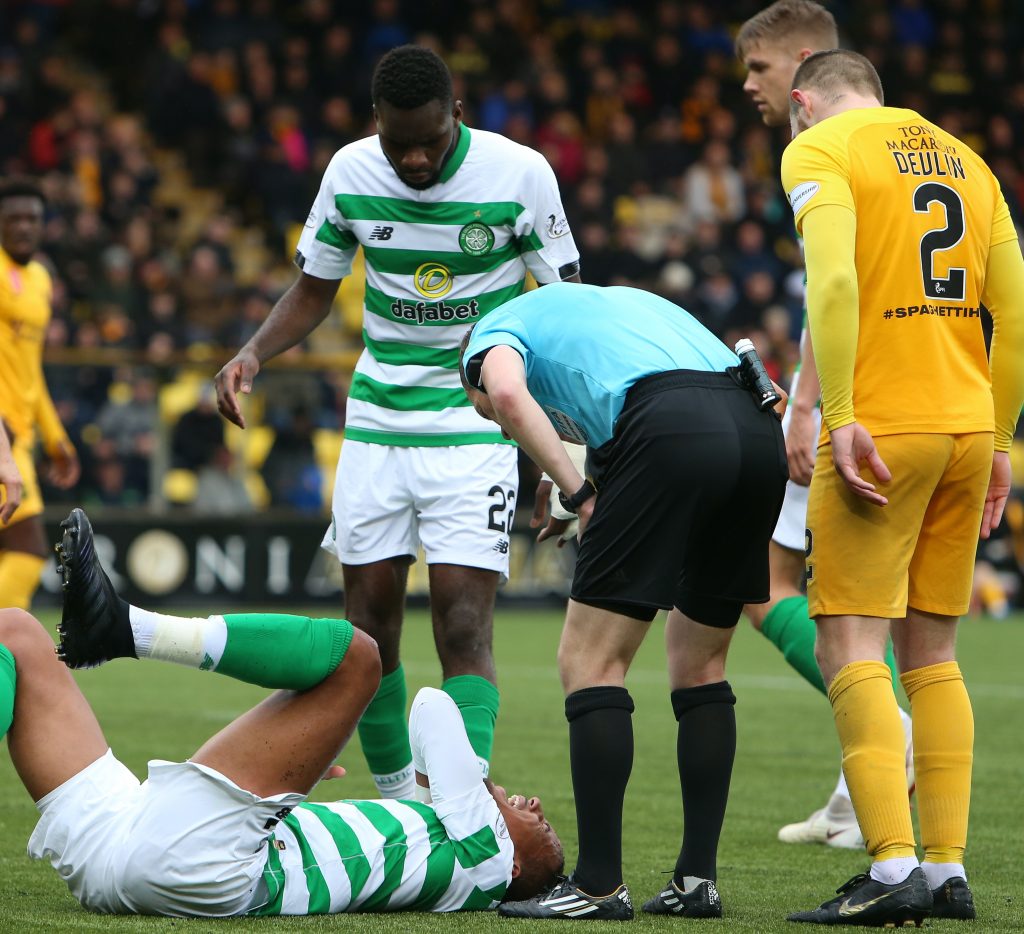 LIVI HELL…Christopher Jullien is flattened after a penalty-box collision.

“That was a big lesson for him, but it’s one he learned quickly. There is a maturity about him and he has leadership qualities. He has integrated really well, and the boys like him.

“In some of the big games he’s put in some heroic performances. In Copenhagen, he was outstanding, Lazio in Rome, he had a great game and there’s been super performances domestically.

“His goal tally is right up there, as well, with seven for the season already.”

Lennon is focusing on three points on this occasion which will leave the champions with nine to play in the dramatic run-in.

Asked if he was looking for revenge after the defeat earlier in the campaign, he answered: “Not really. We just take it game by game and this is the next one.

“We’ll try to pick the right personnel for it and play accordingly to the conditions, the pitch and the opposition.”