Celtic Quick News on News Now
You are at:Home»Football Matters»‘THAT WAS FANTASTIC,’ GUARDIOLA
By CQN Magazine on 29th September 2016 Football Matters
MANCHESTER CITY boss Pep Guardiola admitted his players learned a valuable lesson at European’s football’s greatest arena last night.
Moussa Dembele gave Celtic the lead in the third minute – the first time the Premier League leaders, who had won their previous 10 games, had been behind this season.
Guardiola said: “It was a fantastic game for the spectators. We scored three goals away and didn’t win. We gave away three goals, but created three or four more clear chances. 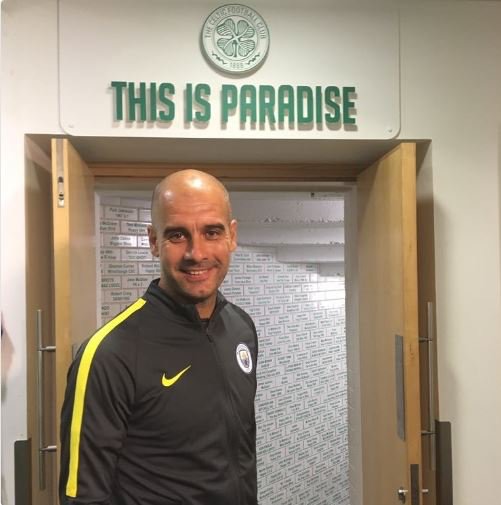 “It was an amazing effort to recover from that situation in this stadium against a team who had lost only three of their last 24 games here in Champions League group stages.

“It was maybe a good lesson for us, how important it is to start well. It is not easy to recover one goal, imagine two, imagine three.

“It was mentally a shock at the start of each half, to concede a goal after two minutes. In the second-half, aside from the first five or 10 minutes, we played well, we created chances.”

City were looking to make it 11 wins in a row since the start of the season and to become the first English team to do it since Spurs in 1960.
The former Barcelona and Bayern Munich gaffer added: “I didn’t speak to my players about that. I am pretty sure the players didn’t think they we going to win every game this season.
“It is impossible. Not even the best team in the world could do that.

“We didn’t lose. On balance, the players did really well. We had the chances.”

Celtic’s 43% possession last night was the highest achieved by any side against Manchester City this season and that includes their city rivals United playing the English league leaders at Old Trafford.
Here is Celtic’s home Champions League record in the Group stages that the Manchester City boss refers to. 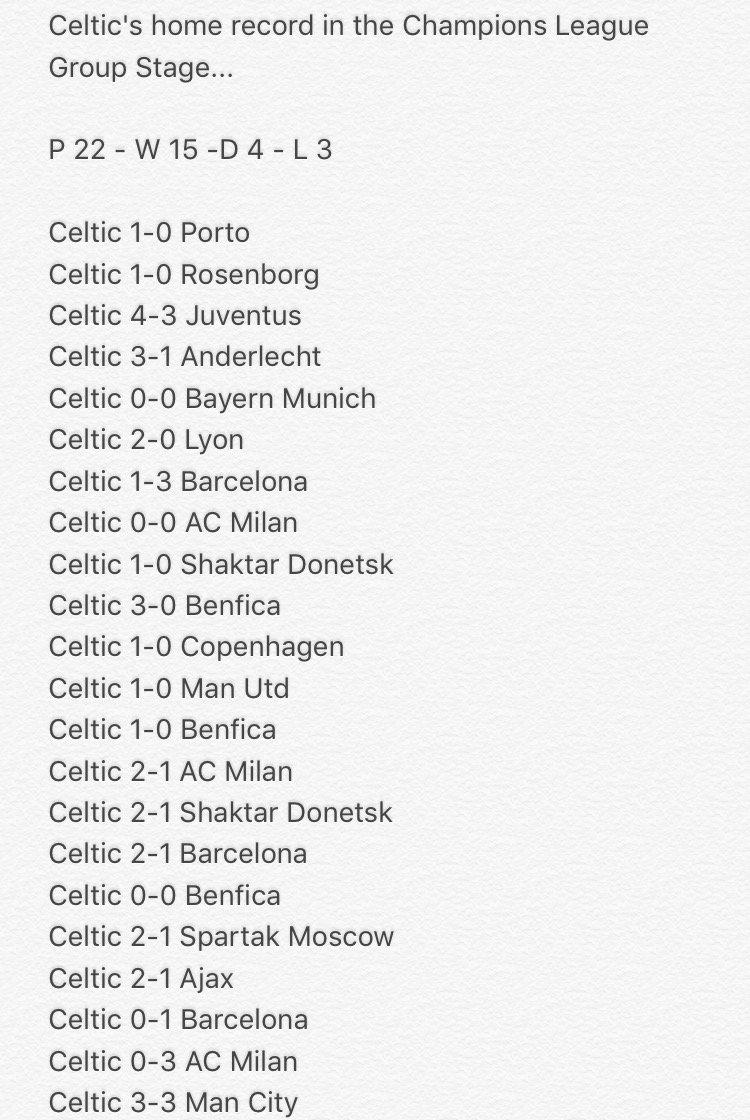