NEIL LENNON was forced to overlook matchwinning efforts from French duo Christopher Jullien and Olivier Ntcham when he made his selection in the Goal of the Season.

The Hoops boss named Callum McGregor’s stunning half-volley in the 4-0 Premiership triumph over Motherwell at Fir Park in February for his nomination as top strike.

The champions were already leading 2-0 through counters by Odsonne Edouard and Leigh Griffiths when the Scotland international midfielder took centre stage with a breathtaking drive that made certain of the club’s fifth successive league victory since returning from the winter break.

Talisman Edouard added the fourth with an exquisite free-kick, but it was McGregor’s contribution that stuck in the manager’s memory bank.

The Irishman had to bodyswerve Jullien’s Betfred League Cup-clincher against Steven Gerrard’s Ibrox side in December and Ntcham’s historic stoppage-time winner against Lazio in Rome – the club’s first success on Italian soil at the 13th time of asking – in an unforgettable Europa League Group B confrontation the previous month. 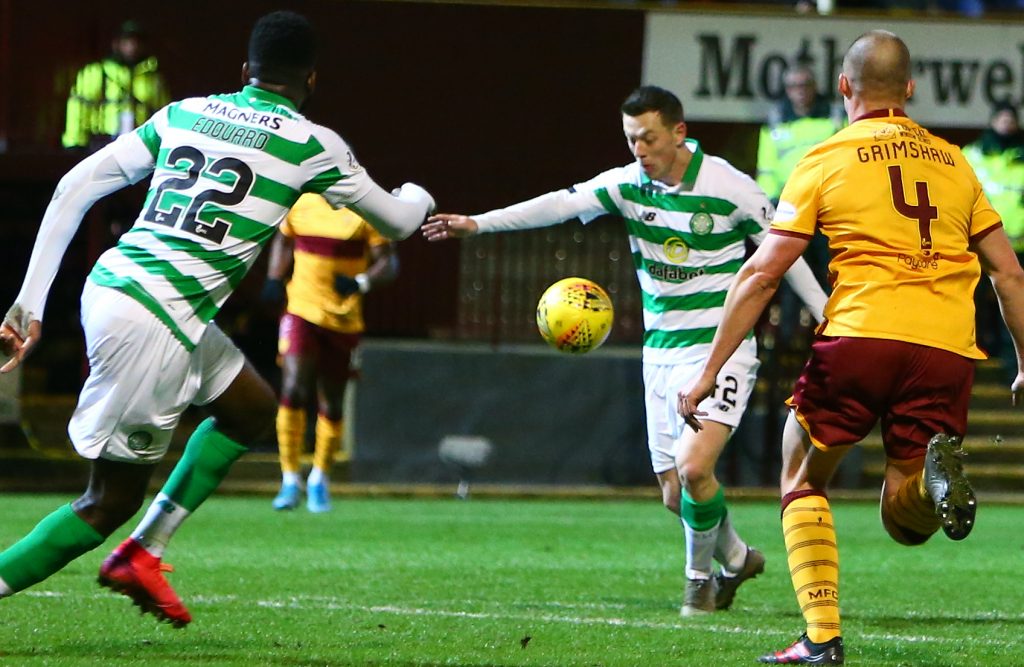 CRASH…Callum McGregor takes aim as he prepares to launch a spectacular effort at the Well goal. 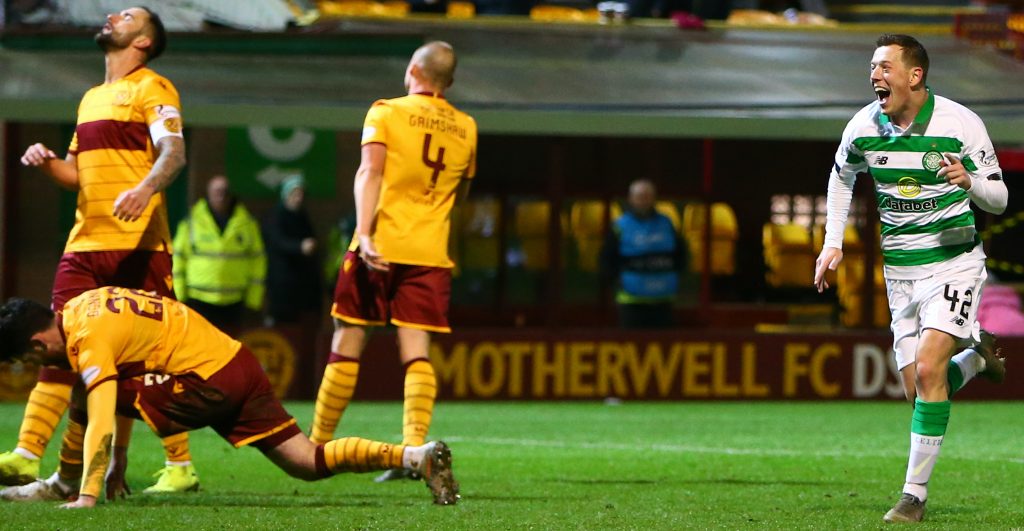 BANG…the ball is in the net as Callum McGregor races to take the applause of the travelling support. 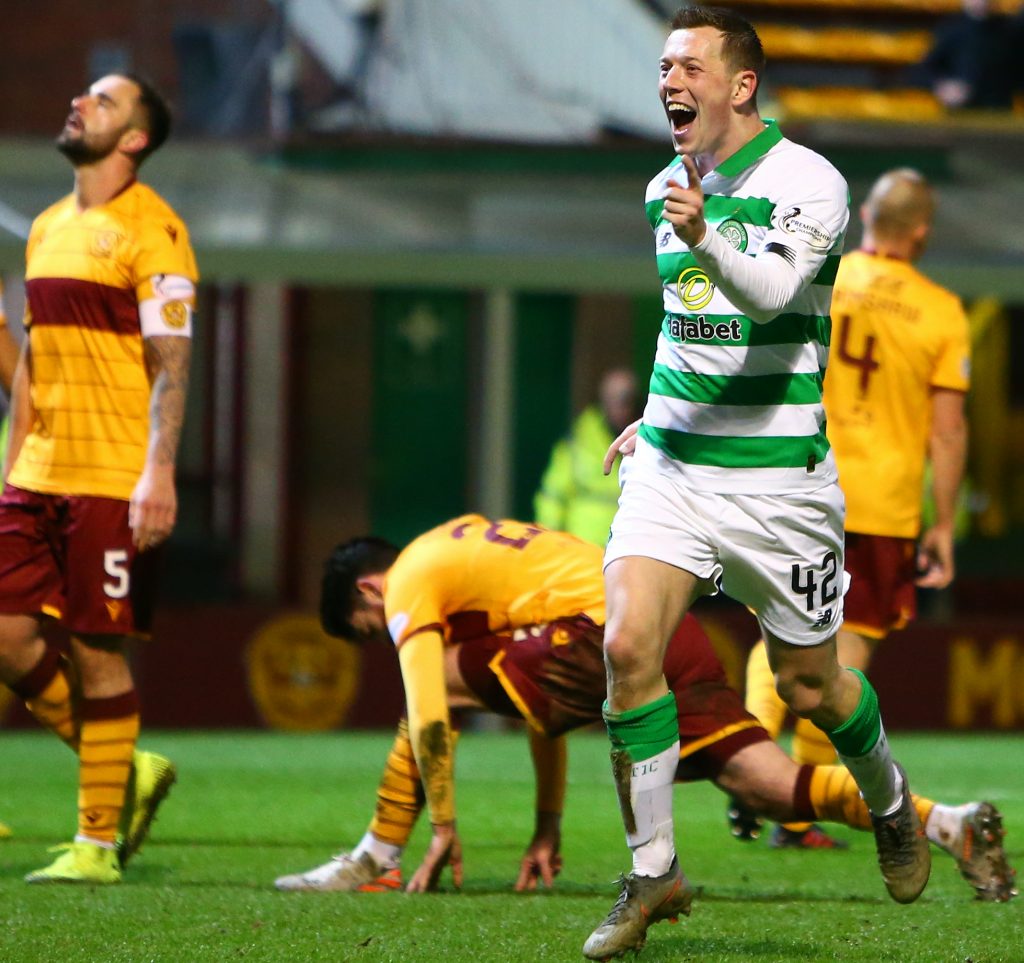 WALLOP…Callum McGregor is smiles better while the Fir Park defence is in disarray.

Lennon, speaking on the Celtic View podcast, admitted: “I think the most significant one would be Ollie’s against Lazio and then Chris Jullien’s in the Cup Final because they were two stand-out moments.

“Callum McGregor’s goal at Fir Park was a great goal. It was a brilliant team goal, great play between Ollie, Ryan and Jamesy – and a magnificent finish.

“Callum definitely has that in his game and we don’t want to make him too defensive as a player because he’s got so much creativity and ingenuity going forward and he’s a really good finisher, as well.

“He’s been immense this season in more ways than one and that goal, for me, stands out, because some of the play was one-touch stuff which is what we work on every day and then it was a magnificent finish.

“Odsonne Edouard ’s probably got his own list of brilliant individual goals – the first goal up at Pittodrie when he just went on one of those mazy runs and finished it brilliantly.

“There are just so many – a plethora of outstanding goals along the way.”