Celtic Quick News on News Now
You are at:Home»Football Matters»‘THE BOSS WANTS EVEN MORE FROM US,’ SINCLAIR
By CQN Magazine on 1st February 2017 Football Matters
SCOTT SINCLAIR, one of Celtic best buys in decades, is backing boss Brendan Rodgers all the way as he pushes the club to a higher level.
The left-sided attacker, who cost £4.5million from Aston Villa in the summer, revealed: “People can say what they want, but to go out and win games and keep going requires a certain kind of attitude and mindset.

“The manager has implored us to be relentless and that is what we have tried to do. But it is not a case of turning up and expecting to win.

“We work hard, we are thorough in how we prepare for games and we don’t take anything for granted.

“That is why we have this momentum. It is because we are giving our all in games and on the training ground.

“We are playing at a high intensity and we train that way, too. But it is never easy.

“Not only that, but I am sure that teams now would love to be the one to stop our run.

“We just concentrate on ourselves and taking each game as it comes, but it would be a mistake to think that it comes without effort or commitment on our part.” 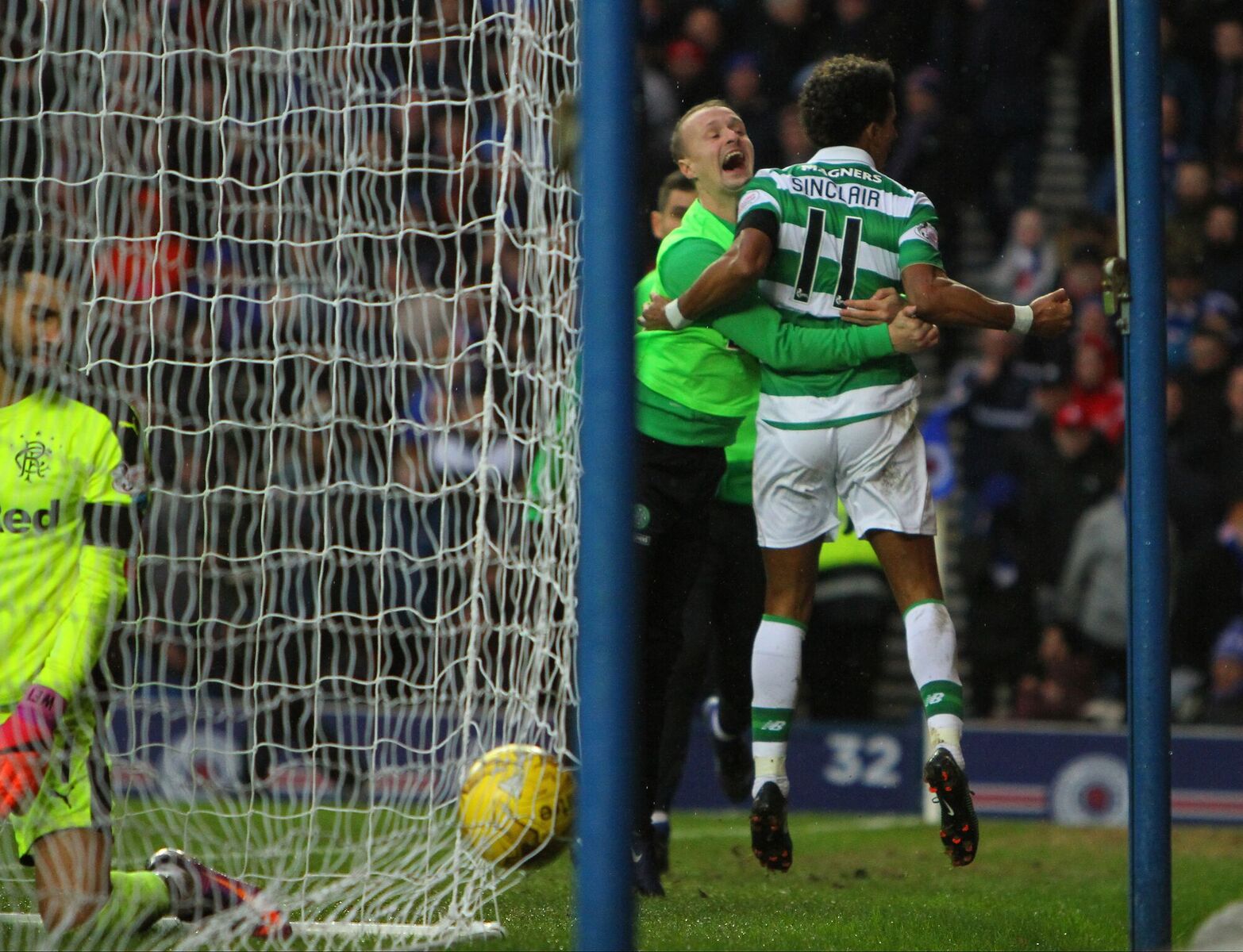 The Hoops take on Aberdeen at Parkhead this evening in the knowledge they have beaten the Dons three times this season, twice in the Premiership and once in the Betfred League Cup Final.

However, Sinclair, who has claimed 15 goals in his debut campaign in Scotland, is wary of assuming this encounter will be a shoo-in for victory number four.
Derek McInnes’s side have ambitions of finishing second in the table, but, so far as Sinclair is concerned, it is about the champions keeping their run going for as long as possible.

He added: “I had easier options I could have taken if I had wanted an easy life.

“But I wanted the challenge. I have never lost my hunger to be the best I can be and I feel that this season there are demands that I am enjoying trying to meet.
“The manager demands that we push for a higher level all the time and I love that. I love that pressure, that energy to keep driving, keep pushing, keep getting the best out of yourself.
“That is what I wanted when I signed here.”
*We still have this great deal running at CQNBookstore – order Hoops Stars and Stripes – The Andy Lynch Story and get Charlie Gallagher? What a Player! for free. And both books have been signed by the players! Order now at cqnbookstore.com or click on the ad below. Thanks.