The Irishman made certain the skipper was on the pitch at full-time when the Hoops overcame Aberdeen 1-0 with a Ryan Christie strike in the Betfred League Cup Final at Hampden in December 2018.

Brown, now 34, had been toiling with a hamstring problem, but there was no surprise when he made an appearance in the second-half as a replacement for Tom Rogic.

Rodgers always acknowledged the true worth of the former Scotland international leader to the Parkhead men.

He is also admirer the big-game mentality of the player, who cost a Scottish club record fee of £4.4million when Gordon Strachan brought him in from Hibs in May 2007.

The dynamic midfielder has been a key player from day one and that has continued in two stints under Neil Lennon, a brief spell with Tony Mowbray and the two-year reign of Ronny Deila as well as his time with Rodgers in charge.

The former Liverpool chief is on record as saying: “There is no doubt that in the big games, Scott makes the big contribution. 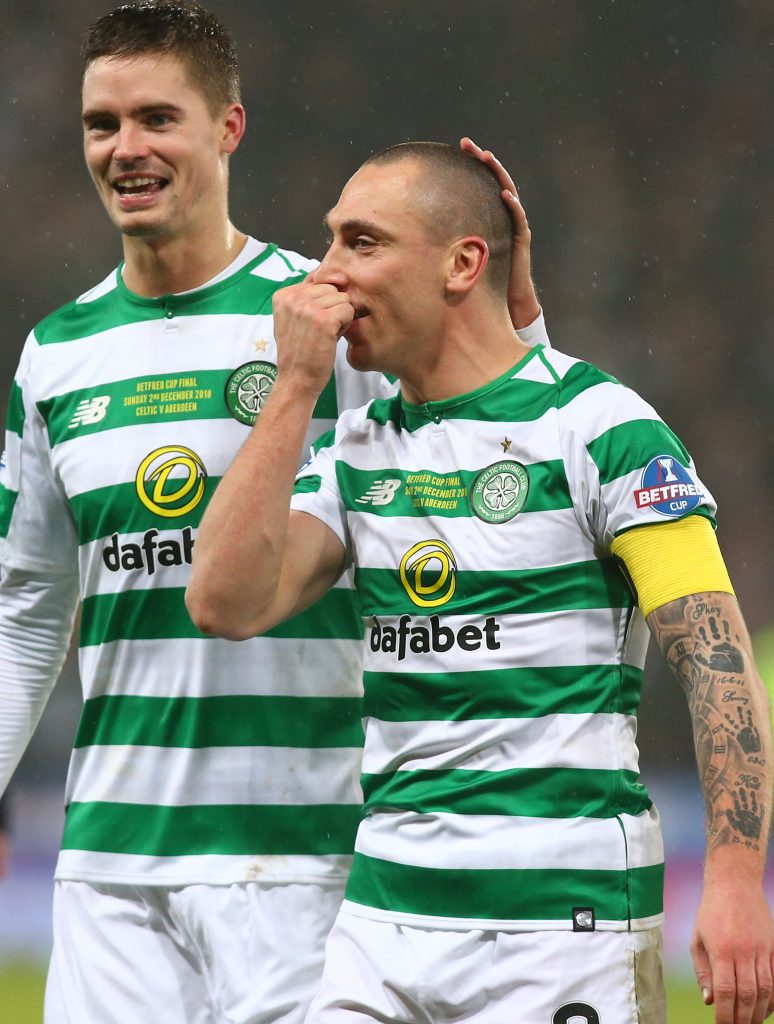 WE DIDN’T GIVE THEM A SNIFF…Scott Brown and stand-in skipper Mikael Lustig after the Betfred League Cup Final success over Aberdeen on December 2 2018 at Hampden.

Brown made it clear he would be concentrating completely on club commitments when he retired from the Scotland international scene two seasons ago after making 55 appearances for his country, many of them as captain.

He has led the club to the historic treble treble and the Parkhead men were on the brink of the unprecedented quadruple treble when the game went into cold storage due to the coronavirus pandemic.

THE BROONY FILES: What does the future hold in store? (Part Four)