SCOTT BROWN has picked up a breathtaking haul of TWENTY trophies in his 13 awesome years at Celtic.

The 34-year-old Hoops skipper, who cost £4.4million when ex-gaffer Gordon Strachan signed him from Hibs in May 2007, has now won nine league titles, six  League Cups and five Scottish Cups. He also won a League Cup with Hibs 13 years ago.

Brown overtook Neil Lennon’s haul when he came on as a second-half substitute for Tom Rogic in the 1-0 Betfred League Cup Final triumph over Aberdeen on December 2 2018.

Lennon’s trophy parade consisted of 11 as a player and five as team boss. He has now bolstered that to 19 after his successes in leading the club to the eighth consecutive title and the Scottish Cup to complete the phenomenal treble treble. The Irishman’s latest piece of silverware arrived in the 1-0 Betfred League Cup success over Steven Gerard’s Ibrox outfit in December when Brown played a captain’s role. 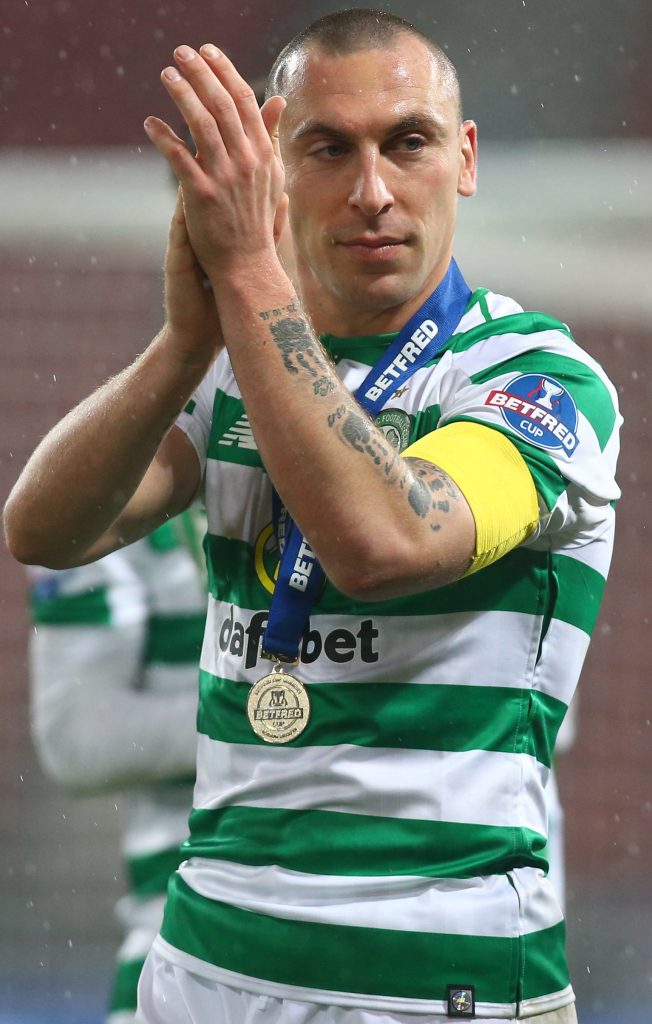 James Forrest, at 28, six years younger than Brown, is two behind his former Scotland team-mate who retired from international football two seasons ago after making 55 appearances for his country.

Brown, a firm favourite with the Hoops’ followers, became the 12th player in Celtic’s 500-club when he played in the 3-0 win over Motherwell at Parkhead in December 2018.

TOMORROW: THE BROONY FILES: PART THREE: Praise for the skipper.