Over the next fortnight, CQN will publish a selection of edited memories. Today Davie Provan has his say.

PLAYING for Celtic and Billy McNeill was an experience, honour and privilege.

Look at how Billy carried himself, that poise, straight back and the chest thrust forward. It was never more puffed up than when we were playing Rangers at Ibrox. He led by example and that composure and reassurance got through to the players.

We would get off the coach at the front door of our greatest rivals and we all felt ten feet tall. That was all Billy’s doing. There was never the merest hint of nerves on these days. That sort of confidence, self-assurance, belief, assertiveness, call it what you will, does rub off on players.

And Billy McNeill was well aware of that, you better believe it.

It wasn’t sweetness and light between me and the manager. There were a few occasions when I was on the sharp end of his tongue. Aye, we had our moments, Billy and me. But there was never a massive fall-out. If he had something to say, he delivered it how he saw fit and that was the end of it. 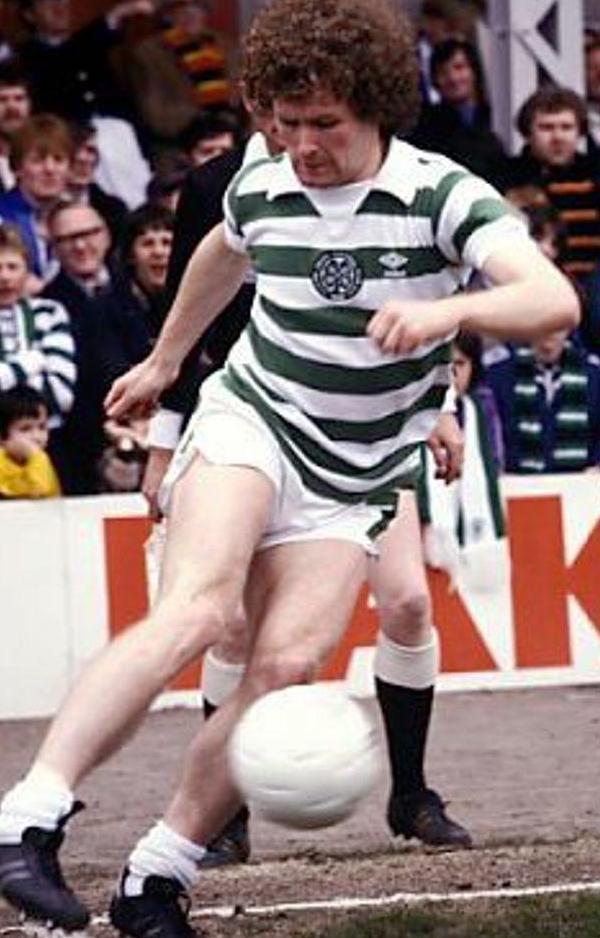 HAIR WE GO…Davie Provan in action for Celtic shortly after his £125,000 arrival from Kilmarnock in 1978.

I recall I was struggling with a knee injury, but Billy was not convinced.

I wish! The only way to convince the manager was to get booked in for an operation and then something would show that it was not ‘in my head’.

The surgeon opened the knee that was giving me persistent problems. Sure enough, something had become detached. It had been floating around in there, creating all sorts of misery. I asked the surgeon to place the offending piece of tissue in a jar. He must have wondered why I would want such a keepsake.

The following day, I hobbled into Celtic Park on crutches. I went to the manager’s office, knocked on the door and was told to come in. I placed the jar on Billy’s desk.

‘There’s the injury that was stuck in my head,’ I said.