TODAY we have been reviewing the Celtic class of 2016/17 half term report, part 3 is below but if you want to start at the beginning Part 1 is HERE and Part 2 HERE. Now on with the report…

CELTIC suffered one defeat in six games in three different trophies in October – and that solitary loss cost them their chance of making progress into the Champions League knock-out stages.
On the plus side, Sevco Rangers were dismissed in the Berfred League Cup semi-final on the Hoops’ way to their 100th silverware success – and the first in the Brendan Rodgers regime.
The Hoops will look back on the Wednesday evening of October 19 in the east end of Glasgow as the setback from which their European aspirations never recovered.
Borussia Monchengladbach provided the opposition and boss Rodgers knew a victory was imperative with Barcelona and Manchester City tipped by many as already in the top two positions in the so-called Group of Death. 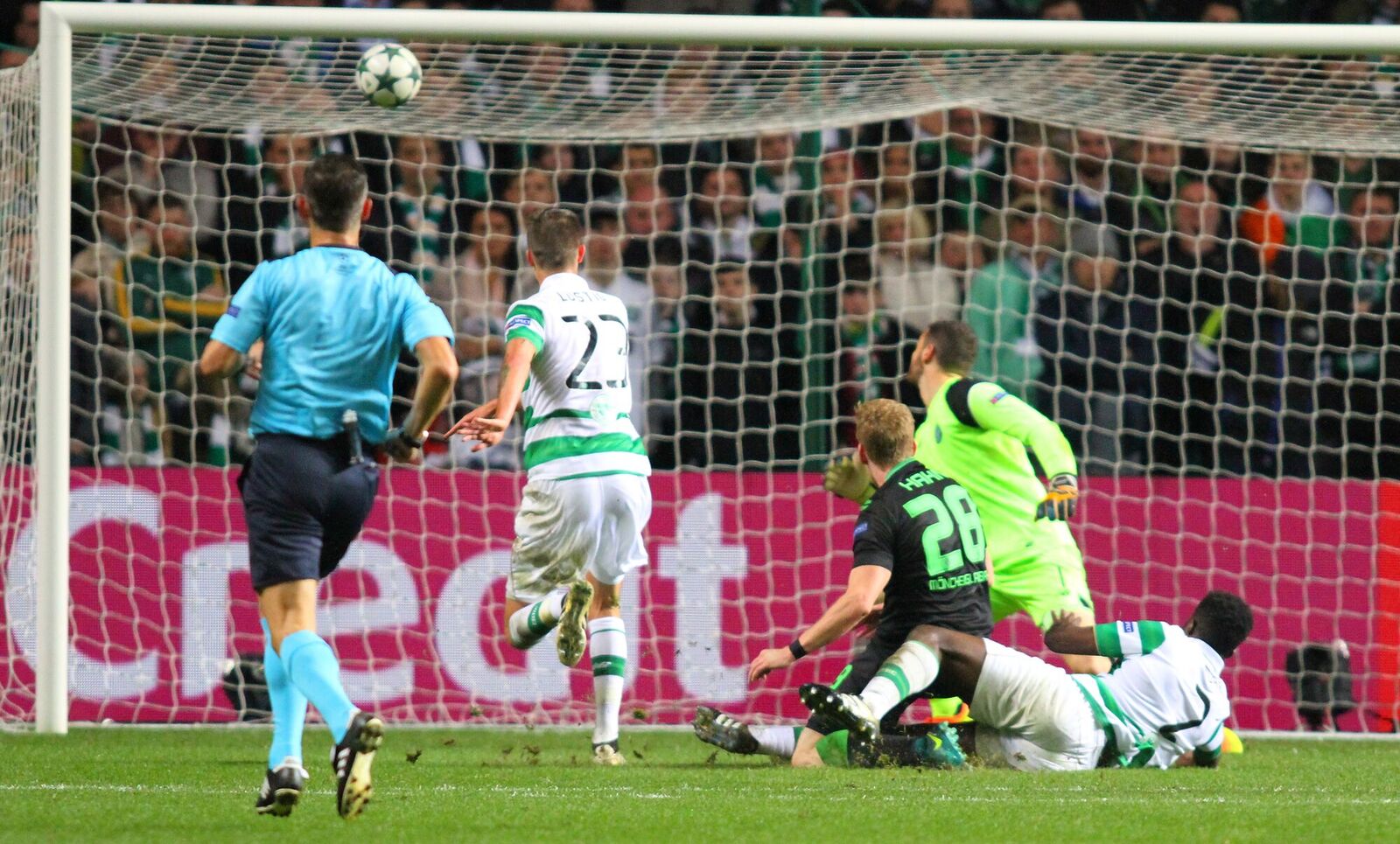 That left it between the Scottish champions and the Bundesliga outfit, who were displaying some indifferent form at home, to slug it out for the Europa League place.
The first-half ended goalless, but there was a real calamity for the hosts when veteran defender Kolo Toure gifted the Germans the opening goal that silenced a packed Parkhead.
And, to make matters worse, the Ivory Coast legend then gave away a second goal when he lost possession and Craig Gordon had no chance as the visitors broke forward to smash the ball into the roof of the net. 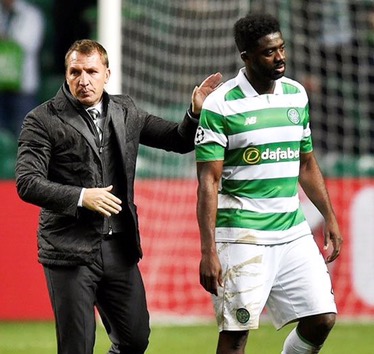 Toure was crestfallen afterwards. He said: “I’m 35 years old and I gave away two goals a 16 year old would be ashamed of.”
Four days later at Hampden, the veteran defender was on the subs’ bench as Rodgers went with Jozo Simunovic and Erik Sviatchenko for the meeting with the Ibrox side with a place against Aberdeen in the Betfred League Cup Final up for grabs.
The Dons had already made sure of their place in the showdown by overcoming a difficult Morton side in the semi-final.
A late goal from Moussa Dembele, swiftly becoming the scourge of the Ibrox side following his hat-trick in the Premiership game the previous month, gave the Hoops a much-deserved victory.
The scoreline looked narrow, but the gulf between the two clubs at the national stadium was obvious for all to see.
Sevco keeper Matt Gilks put in the performance of a lifetime as he repelled the champions time and again.
His goal bore a charmed life as shots and headers rained in. Referee Craig Thomson wrongly ruled out a header from Sviatchenko that soared beyond the shotstopper. 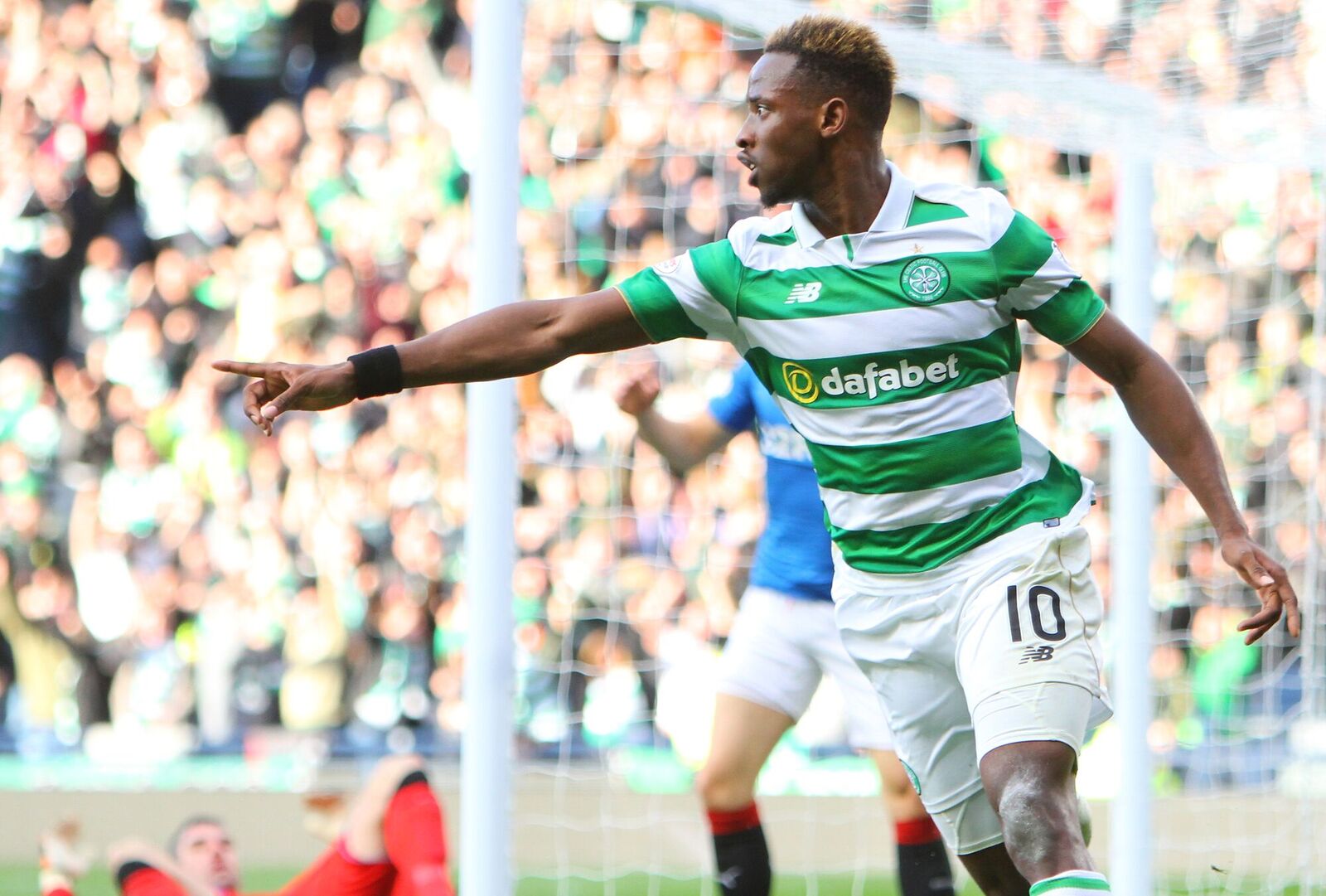 The match official indicated a push by the Dane on Clint Hill, but TV pictures clearly showed he made a mistake.
It didn’t matter in the end when substitute Leigh Griffiths got the better of Lee Wallace to set up Dembele and, with the neatest of flicks, he sent the ball zooming through the legs of Gilks.
Rodgers declared the win was every bit as impressive as the 5-1 victory in the league. He said: “It was just the goals. I think that was pretty clear.
“We had that same performance, but we just didn’t finish off the opportunities.
“Some of that was through the goalkeeper, but we again showed the mentality in the team, they kept going, didn’t get disappointed, had great discipline and eventually got the reward which they deserved.”
Celtic, after wins over Dundee (1-0), Motherwell (2-0) and Ross County (4-0), brought the curtain down on another entrancing, intriguing month with a 1-0 victory over Aberdeen in the Betfred League Cup Final dress rehearsal. 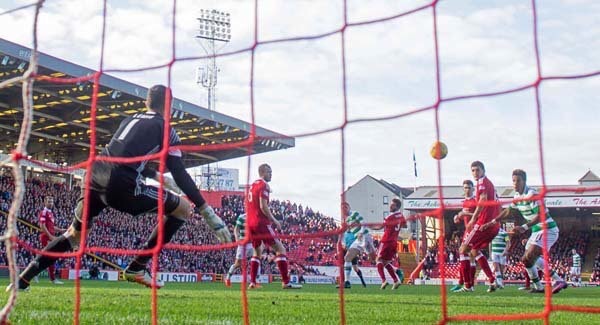 Tom Rogic scored a sublime goal that was well worthy of the three points as the champions continued to storm towards six title in a row.
TO BE CONTINUED ON CQN – PART 4 WILL BE PUBLISHED THIS EVENING.

*This week we have been running a very popular offer on CQN Bookstore – when you buy THAT SEASON IN PARADISE – TEN MONTHS OF CELTIC HEAVEN, not only is your copy personally signed by Lisbon Lion BERTIE AULD but you also receive a FREE copy of The Winds of Change – signed by ex-Celtic manager DAVIE HAY and a great Celtic DVD from 2012-13 season.

We only have FOUR left though and this offer  can’t be repeated so hurry! You get all of the above for just £15.99 plus p&p so it’s an outstanding deal.
All orders this week have been posted except those from last night which will be going this morning.
If you want one of the last 4 available order HERE or click on the ad below. Hurry!